A Complete Guide to NFT Gaming 2022 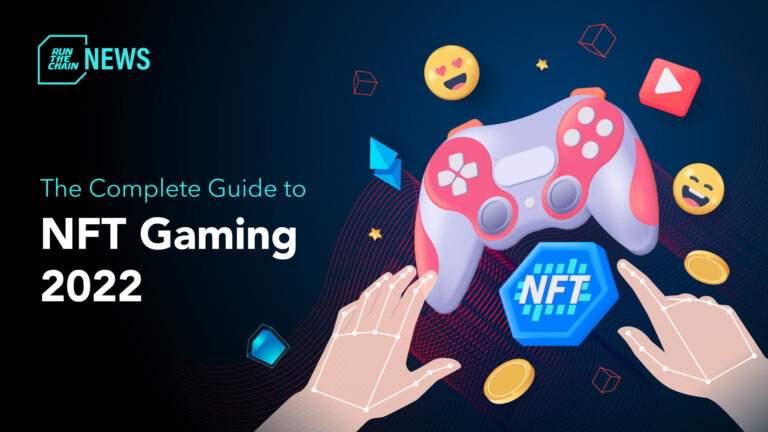 NFTs(non-fungible tokens) is, as you may already know, unique cryptographic tokens that are not interchangeable and exist on the blockchain.

They can be digital collectibles such as pieces of digital art or trading cards, assets in the form of in-game utilities like armor, skins, and characters.

The emergence of NFT has revolutionized many industries, particularly the gaming market, with play-to-earn gamification that incentivizes gamers. NFT gaming combines the gaming experience with unique digital assets that can be redeemed and traded on-chain.

NFTs offer a variety of advantages that traditional gaming does not, including the play-to-earn model, interoperability of game assets, and many other benefits.

What are NFT Gaming?

First, we must circle back to what an NFT is. NFT gaming refers to games in which the gamers are incentivized with non-fungible tokens. Each item in these games can be acquired in-game and traded on the marketplace.

NFT gaming integrates the gaming experience with unique digital items that can be earned, purchased, or gained in other ways inside the gaming environment.

NFT games are much like regular video games because, in traditional video games, players can obtain items and coins by reaching certain levels or winning fights. However, these items are static, and gamers can not take possession of them.

With NFT gaming,  players can move the in-game assets to a different game or swap them for crypto with other players. With the integration of NFT games such as Axie Infinity and the Sandbox with the metaverse, NFT gaming has shaken the gaming market with its inherent benefits of offering players the opportunity to earn while playing games.

Before, gaming was restricted to paid members and those with advanced skills; however, NFT has redefined what gaming should be, and players can now take possession of the in-game items and assets.

How to Earn from NFT Games?

NFT gaming has transformed the global economy of video games, so there is great potential to earn income through NFT gaming. It has emerged as a novel and very effective way to earn a passive income for the player through the concept of play-to-earn.

While game development studios should be compensated for creating and designing game titles, players also provide value by contributing time and effort and engaging actively in the in-game economy.

The play-to-earn model can adequately create synergy between both parties so that everyone is compensated for the value they contribute. There are many ways to earn income from NFT gaming; they include;

The in-game assets players get, which can be NFTs, cryptos, or player skins, can be traded in the marketplace for cryptos, another NFT, or used to unlock more rewards for the player. NFT games like Axie Infinity and Splinterland are good examples of play-to-earn NFT games.

In the case of CryptoKitties, based on the Ethereum blockchain, players can sell their NFTs for Ether just  like any other investment for U.S. dollars or hold onto it for the value of the crypto (ETH) to appreciate.

Earn by Creating Your Own NFTs

NFT games like CryptoBlades and Cryptovoxels offer players the opportunity to  earn money by creating their own NFTs and selling them in-game.

For example, in Decentraland, players can play in the metaverse, creating items, collectibles, or wearables and earning passive income  from their  sales in the form of royalty.

Many NFT games have an in-game currency that players can earn while participating.

To earn this in-game currency, some games require active involvement from the player, while others require the player to start the game mode.  For example,  Axie Infinity leverages Smooth Love Potion (SLP) to reward players who win battles.

In NFT gaming, NFTs are key, so players leverage these items to progress in their various game modes.

Therefore, trading NFTs has become fashionable recently, and almost every NFT game has its own marketplace for tradeable NFT assets. For example, in Splinterland, a player who obtains a rare trading card can  flip it for a profit on the marketplace.

The Metaverse has exploded recently, and Virtual real estate is now profitable. In many NFT gaming platforms,  players can buy, sell and build on virtual parcels of land; these virtual lands  are NFTs. Popular NFT metaverse games with NFT parcels include Decentraland, the Sandbox, and Upland.

The followings are the best NFT games for Android OS phone users:

Upland helps players to use NFT to trade virtual real estate and get rewarded for this activity.

Axie Infinity is a virtual reality play-to-earn pet game in which participants breed Axies, use the Axies to establish kingdoms, fight in PVP fights, and trade the pets on the in-game marketplace.

The Sandbox is a multiplayer game in which players fight for NFT and get rewarded for completing a mission.

Splinterlands is an NFT digital card game where players will be matched with opponents based on ranking scores, and  winners are rewarded.

Sorare is a card game with a soccer theme. Players collect soccer player cards NFT from their favorite team and sell them on the market to make a profit.

Forest Knights is an NFT game where knights fight each other. It is also a turn-based strategy game with a token-based economy.

Alien Worlds is an NFT game where players can take over territories and mine asteroids for resources, complete missions, and fight space battles to earn Trillium (TLM) tokens.

Binemon is an NFT game that mixes different types of games. Players can play different kinds of games in this game, like Collectible, Gacha, RPG, and Adventure.

Gods Unchained is a collectible, fantasy, and trading card game that offers play-to-earn opportunities right out of the gate.

My Neighbor Alice is a multiplayer builder game in which players can buy and own virtual islands, collect and build exciting items and meet new people.