A Complicated Rivalry Has Come to an End 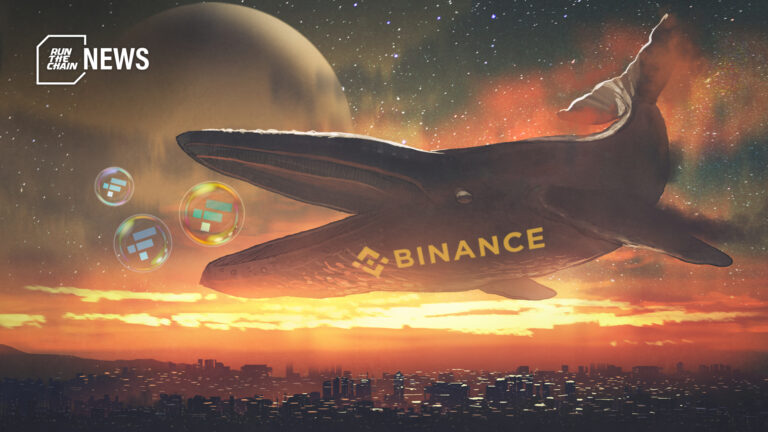 Binance is about to swallow a part of its long-term rival FTX, spurring massive market changes and memes, and will combine the two largest crypto exchanges in the world.

Changpeng Zhao, CEO of Binance, announced on Tuesday that the leading centralised exchange (CEX) firm has tentatively agreed to acquire competitor FTX for an undisclosed amount.

FTX’s CEO, Sam Bankman-Fried, says that the deal with Binance does not include FTX US nor Binance US – their respective United States-based counterparts that separately operate within the country.

On Tuesday morning, Zhao expressed the complexities of the acquisition, tweeting that “this is a highly dynamic situation, and we are assessing the situation in real time.”

Citing that the acquisition stemmed from FTX experiencing a “significant liquidity crunch,” Zhao aims to have Binance help out FTX from impending financial troubles.

This afternoon, FTX asked for our help. There is a significant liquidity crunch. To protect users, we signed a non-binding LOI, intending to fully acquire https://t.co/BGtFlCmLXB and help cover the liquidity crunch. We will be conducting a full DD in the coming days.

“Binance has the discretion to pull out from the deal at any time. We expect FTT to be highly volatile in the coming days as things develop,” adds Zhao.

FTX’s FTT utility token gives FTX users discounts on trading feeds and referral commissions. The token had experienced price downfalls as low as $14.47 on Tuesday, upon rumours that FTX’s operations had suspended withdrawals.

However upon the news of Binance’s deal, FTT prices rebounded at around 25%, up to about $18.30, within an hour.

As of Tuesday morning, CoinGecko reports that Binance and FTX’s combined trading volume is up to $34 billion, making up for a quarter of all trades on centralised exchanges.

Bankman-Fried confirmed that Binance had signed a non-binding LOI with FTX, agreeing to make a “strategic transaction.”

In a tweet thread, Bankman-Fried also confirms that FTX’s teams are working on clearing out a withdrawal backlog, which may have resulted in FTX’s temporary withdrawal suspension.

“Our teams are working on clearing out the withdrawal backlog as is. This will clear out liquidity crunches; all assets will be covered 1:1,” Bankman-Fried wrote.

“This is one of the main reasons we’ve asked Binance to come in. It may take a bit to settle etc.—we apologize for that.”

1) Hey all: I have a few announcements to make.

While both Zhao and Bankman-Fried insist that Binance and FTX are working together in due diligence on the deal, many suspect that this isn’t the case.

Binance’s and FTX’s relationship had always been on complicated grounds.

While Binance was an early investor in FTX in its beginnings in 2019, it was already facing pressure from regulators. However in mid-2021, Bankman-Fried announced that FTX has bought back Binance’s shares in the company, at the time stating that he believes there are “some differences” between how both firms are being run.

While not being exactly straightforward, Bankman-Fried had heavily critiqued Binance’s ways of operation, where it has adopted a less-than-friendly stance to regulation. FTX paid Binance in FTT tokens in the transaction.

“We try really hard to be as cooperative as we can with regulators,” he continued. “When you sort of appear less flexible or responsive, I think that’s more likely to lead to cases where regulators might feel like they have no choice but to start bringing the hammer,” said the FTX CEO at the time.

Since then, the two CEXs were in competition, with heavy emphasis on expanding international operations despite this May’s crypto crash – while trying to help insolvent crypto businesses recover.

Both FTX and Binance were leading contenders in acquiring and securing the assets of failed crypto exchange Voyager, which experienced an unfortunate downfall as a result of the crypto crash.

Bankman-Fried at the time said that he had $1 billion to spend to help out in bailing failed crypto firms, and that the worst of the crypto crisis has already passed.

Initially, Voyager called the deal a “low-ball bid dressed up as a white knight rescue”, but back in September, FTX won over Voyager for $1.4 billion. However, FTX has run into regulatory trouble as of recent – with state officials in Texas investigating allegations of potential securities violations.

As for Binance’s recent investment efforts, Binance was an open supporter of Elon Musk’s $44 billion acquisition of Twitter in late October.

Fast-forward to this past Sunday, Zhao announced that Binance would liquidate all of its FTT tokens, upon on-chain data showing that Binance already moved $584 million worth of FTT the day before.

Upon Zhao’s Sunday announcement, $1.2 billion worth of ETH and ERC-20 tokens were withdrawn from FTX within 24 hours, according to the blockchain data firm Nansen.

Meanwhile, Nansen also reports that there has been a $377 million decrease in stablecoin balances on FTX from Sunday until Tuesday.

These drops include USD Coin’s (USDC) drop from $164 million at the end of last week, to $30 million this Tuesday. USDC wasn’t the only victim over the weekend – Tether (USDT) balances on FTX dropped from $140 million to $32.

Adding to further fear and uncertainty amongst firms, Nansen says that joining the withdrawal action included crypto lender Nexo, which moved $201 million worth of Ethereum off from FTX, and asset manager Arca, which moved 37 million ETF and 25 million USDT from FTX.

This then accumulated to Bankman-Fried’s decision to reach out to Binance to help out with a liquidation crunch, selling FTX to his long-term competitor.

However, Zhao has maintained the stance that Binance’s liquidation of FTT was not a move made to create FUD (fear, uncertainty and doubt) for its rival.

“Funny memes, media & some people tried to color this as a ‘fight,’” he tweeted. “Sorry to disappoint, but I spend my energy building, not fighting.”

All Posts »
PrevPreviousBank of Russia Hops on the Crypto Train
NextWhat’s Behind FTX’s Downfall?Next