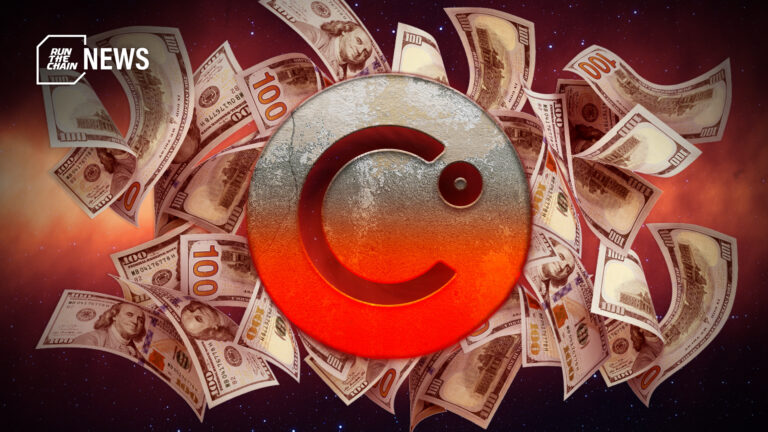 Former Celsius CEO Alex Mashinsky has reportedly withdrawn $10 million from the firm, prior to freezing customer accounts and filing for bankruptcy.

The former CEO of the crypto lending firm had made the hefty transaction back in May, just weeks before the firm froze customer withdrawals. According to reports, a source has noted that “the withdrawal had been pre-planned and was linked to Mashinsky’s estate planning.”

The source has also noted that Mashinsky had also reportedly withdrawn small amounts of crypto from the firm for tax purposes, and “he consistently deposited cryptocurrency in amounts that totaled what he withdrew in May.”

The crypto lending platform found itself in troubled waters as it filed for Chapter 11 bankruptcy back in July. In auditing the firm’s bankruptcy filings, it was concluded that “certain poor asset deployment decisions” were made under Mashinsky’s leadership, with a $1.2 billion hole in its balance sheet.

Mashinsky had formerly stepped down as CEO of Celsius on September 27, saying that “very sorry about the difficult financial circumstances members of our community are facing”,  and that he was a  “distraction” to Celsius’s recovery from its financial woes.

Celsius was formerly one of the more popular crypto lending firms prior to its downfall, and had a valuation of over $3 billion.

US regulators stepping in

As a result of Celsius’ liquidity crisis, regulatory forces are now part of the project to return stolen funds to its customers.

On September 16, Celsius asked the US Bankruptcy Court for the Southern District of New York to sell $23 million worth of its stablecoin holdings, held in 11 different stablecoins. However, the funds raised from the sale would not be used to pay back Celsius creditors, but instead would be used to help the firm’s daily operations.

Around the same time, the firm released a coin report revealing that it has over $2 billion in liabilities from various cryptocurrencies. Celsius also offered to release $50 million in crypto to customers who were part of Celsius’s “custody” program – accounts where crypto was stored, but did not generate returns.

Vermont state officials in an early September US bankruptcy court filing also have alleged that  Celsius had artificially inflated the price of its CEL token, and are calling for further investigation.

“By increasing its Net Position in CEL by hundreds of millions of dollars, Celsius increased and propped up the market price of CEL, thereby artificially inflating the company’s CEL holdings on its balance sheet and financial statements,” Vermont Assistant General Counsel Ethan McLaughlin said.

On September 30, the US Department of Justice filed an objection to Celsius’ request to release its stablecoins holdings, stating that “any distribution or sale at this juncture could inadvertently impact or limit distributions to other creditors in this case.”

In the filing, DOJ trustee William Harrington wrote that Celsius’s holdings are inefficient enough for a decision to be made, as “a lack of transparency evidenced in the Examiner Motion and the Debtors’ [Celsius] failure to file schedules and statements of financial affairs.”

Over the course of this year, Celsius had experienced a negative string of unexpected consequences from decisions made by its former CEO.

At the start of the year, Mashinsky was reportedly convinced that crypto markets were  to drastically drop, thus wanting the firm to sell its reserves of BTC.

In January 2022, Mashinksy had announced that he would be taking control of Celsius’ trading strategy to his investment team, shortly before a Federal Reserve meeting, which he had predicted would dramatically change the market.

However, Mashinsky’s predictions were proven wrong, which resulted in the firm having to buy BTC back at a loss, before reporting $50 million in losses this January.

Celsius had once predicted that its gains with Bitcoin would be a promising recovery from its financial troubles, citing that it “operates one of the largest mining enterprises in the United States.”

Later, Celsius had stopped monetizing the Bitcoin generated upon filing for Chapter 11, citing that the company is “financially constrained.”

Celsius’ insolvency has also been seen as an effect of the current harsh “crypto winter”, amplified by the collapse of the Terra ecosystem. As a result of Terra’s UST losing its USD peg in May, several high-profile crypto lending firms have filed for bankruptcy. Amongst the insolvent includes Voyager and Three Arrows Capital.