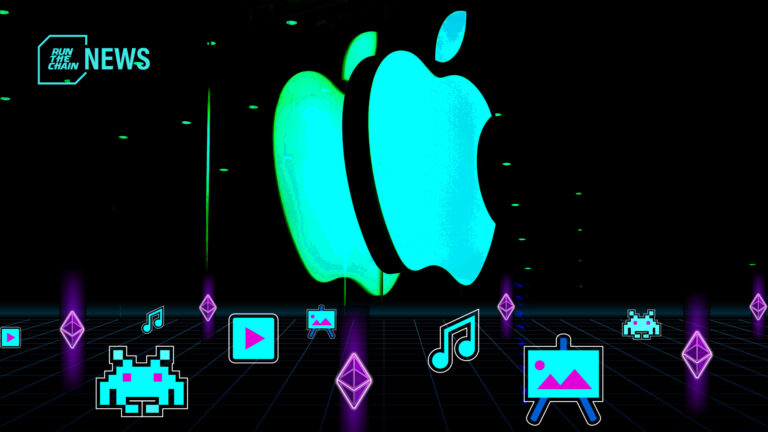 Apple now allows the sale of NFTs in applications on its iOS App Store – but selling them will cost NFT artists and developers a 30% commission for the service.

The tech giant Apple, in an effort to join the crypto revolution, has reportedly told startups that NFT sales must be done through in-app purchases in each smartphone game or application. NFTs sold via in-app purchases are imposed with a standard commission of 30% – similar to those imposed by competitor Android’s application marketplace, Google Play.

Leaders in the tech industry have been criticising the action, with Epic Games CEO Tim Sweeney tweeting that Apple is “crushing” another nascent technology that “could rival its grotesquely overpriced in-app payment service.”

In August 2020, Epic Games filed legal action against Apple after its flagship game Fortnite had been taken off the iOS App Store, after the publisher attempted to skirt Apple’s fees in selling in-game purchases.

Now Apple is killing all NFT app businesses it can’t tax, crushing another nascent technology that could rival its grotesquely overpriced in-app payment service. Apple must be stopped. https://t.co/4KChp6jtFZ

Standard NFT marketplace commissions average to around 2.5% in comparison, which makes Apple’s asking rate “grotesquely overpriced”. As a result, many startups have been forced to limit in-app functions. It has also been reported that Meta is looking to charge more than 45% in NFT sales commissions.

Buying and selling against the giant

Sidney Zhang, co-founder and chief technology officer at Magic Eden, in a report, said that the Solana-based marketplace never tried to offer buying and selling functions on its smartphone application due to Apple’s commission rate.

NFT marketplaces willing to take the gamble on the App Store reportedly have limited functionality due to the high commission rates. Transactions are also forced to be in US dollars or fiat currency rather than cryptocurrency, which is considered a risky move due to volatile crypto markets.

Arthur Sabintsev from blockchain company Pocket Network, said that this issue “makes [NFTs] really hard to price […] because you have to program all these values in dynamically.” Sabinstev had previously advised a smartphone app client to allow users to buy in-app currencies in the same way where games do: where a user buys an in-game currency with Apple pocketing a 30% commission, then the user spends it on in-app deals.

However, certain developers are looking to the bright side to the opportunity presented by Apple. CEO of Web3 game developer Limit Break Gabriel Leydon tweeted that Apple’s decision can also indirectly onboard more than 1 billion mobile gamers on the iOS app store with an ETH wallet. Leydon also joked that he “will HAPPILY give Apple a 30% cut of a free NFT,” and implied that Apple will prompt an era of “free to own” NFTs.

The problem of forcing the sale of NFTs within apps remains an overarching issue amongst developers.

Apple has also been reportedly showing negativity towards welcoming crypto to the App Store, with cited delays in the approval of NFT and crypto apps. Falin had reported that it took several months for Rarible to appear on the App Store, whereas Rarible was able to launch on the Google Play Store within days.

On the App Store, most apps selling NFTs act as a product browsing destination. Purchases route users who wish to make a transaction to a browser site in order to avoid commission fees.

The NFT industry has been seeing much growth, and more players are eager to hop on the bandwagon.

Beyond the news of Apple’s imposition of high fees, Uniswap Labs COO Mary-Catherine Lader bid to make the NFT experience more efficient, and less centralised at Mainnet 2022 in New York. Although not via smartphone applications, the largest DeFi exchange is seeking to level out the playing field to get more people into crypto.