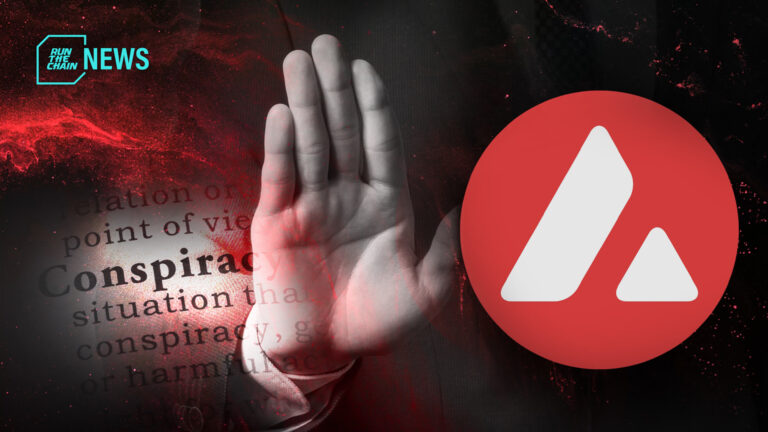 According to a report published on August 26 by cryptocurrency “whistleblower” Crypto Leaks, Ava Labs has paid law firm Roche Freedman to file lawsuits against rival companies and divert American regulators.

According to Crypto Leaks, Ava Labs – the company responsible for building the Layer 1 blockchain – gave law firm Roche Freedman 1% of the AVAX token supply and Ava Labs stock in exchange for the firm’s assistance in bringing litigation and class-action lawsuits against some of its rivals.

Roche Freedman is a law firm specialising in high-stakes litigation known for its dealings in the crypto spaces, such suing Binance.US over Terra’s collapse and filing a suit against Solana Labs claiming SOL was an illegal security.

Several videos appear to show founding partner Kyle Roche saying that Roche Freedman was paid to aid Ava Labs and file lawsuits against its rivals, including Dfinity and Solana, using litigation as “a strategic instrument to support Ava Labs”.

The person reported to be Roche appears to assert in the videos that he made a deal with Ava Labs in September 2019 and was the second person to get Ava Labs stock after Andreessen Horowitz.

In an agreement that was finalised in September 2019, he adds, “I promised to offer legal services in exchange for a specific portion of the token supply.” According to the subject, the deal was that he were to receive around one-third of Ava Labs co-founder and chief operating officer Kevin Sekniqi’s allocation.

He adds that because of the litigations filed against half of the companies in the crypto space, it has acted as a distraction for U.S. regulators, drawing attention away from Ava Labs, and serving as a magnet for the SEC and CFTC to go after.

Emin Gün Sirer, the founder and CEO of Ava Labs, responded to the article’s allegations on Twitter, and claimed the report to be “conspiracy theory nonsense”.

Others also responded to the allegations, including co-founder and COO Kevin Sekniqi who said that the report was “stupidity to the maximum mega giga level written by some ICP conspiracy site,” and Binance CEO Changpeng Zhao describing the allegations as “wild.”

How could anyone believe something so ridiculous as the conspiracy theory nonsense on Cryptoleaks? We would never engage in the unlawful, unethical and just plain wrong behavior claimed in these self-serving videos and inflammatory article. Our tech & team speak for themselves.