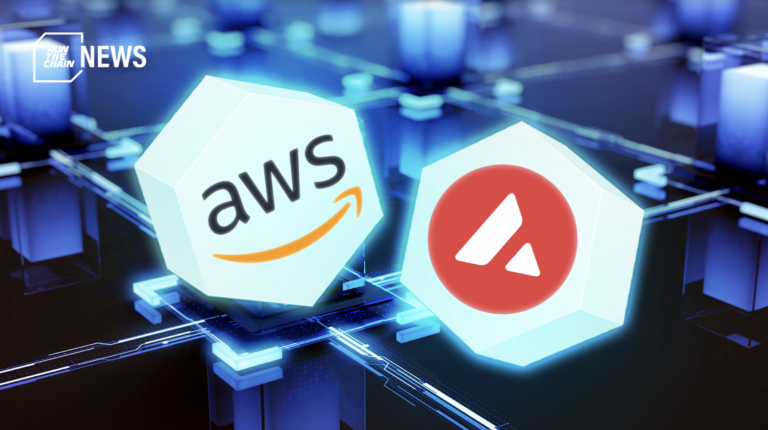 Avalanche is stepping up its institutional adoption game as Ava Labs partners with Amazon’s AWS Marketplace.

Regarding the partnership, Ava Labs hopes to bring “enterprise, institutional, and government adoption of blockchain,” according to an announcement made Wednesday.

Avalanche is a blockchain network known for being optimised to support NFTs and Web3  gaming. Avalanche also features a unique technology where users can create their own “subnets” built on the network. Subnets function like a custom blockchain network, but users can set custom rulesets and even use their own custom token instead of Avalanche’s native AVAX to pay network gas fees.

In Ava Lab’s deal with Amazon, these subnets will be part of a service offered through AWS called “Subnet deployment” – where any company or organisation can use Ava Labs’ services to launch a Subnet on the AWS platform.

“At AWS, we are all about bringing the most cutting-edge technologies to builders, no matter if they sit in a multi-million-dollar enterprise, a government office, or a dorm,” said Howard Wright, VP and Global Head of Startups, AWS, in a statement. “The new capabilities brought by Avalanche enable us to do just that.”

For AWS’s part of the deal, Wright adds that AWS plans on helping expand adoption of  Avalanche to “to new geographies and customer segments”, while providing “support new tooling for Avalanche’s infrastructure and ecosystem.”

On a larger scale, Avalanche nodes can now run in the AWS GovCloud, a US-based web service that is designed for government customers and their partners to bring cloud storage technologies that comply with various compliance regimes and requirements for security. As a result, government organisations would be able to use Avalanche technology for public sector projects.

“It has been a huge boon for both individual and enterprise developers to be able to spin up nodes and test networks on the fly with AWS in whatever legal jurisdiction makes the most sense for them,” said Emin Gün Sirer, Founder and CEO of Ava Labs, in a statement. According to Sirer, Ava Labs has implemented a protocol “that can accommodate millions of participants with near-instant finality.”

“Our work with Amazon can accelerate the positive impact of Avalanche,” Sirer added.

Ava Labs isn’t yet stopping at cloud storage. The Avalanche developer is also joining AWS Activate and the AWS Partner Network (APN) to provide tools, resources, and funds to eligible startup members who are eager to build and grow.

AWS is also anticipated to join future Avalanche events such as Avalanche Summit, Avalanche Creates, and hackathons, according to the partnership announcement.

Avalanche is positioning itself as a worthy competitor to other blockchain networks – announcing its partnership with Amazon a few months after Google’s launch of its own Cloud Node Engine for Ethereum developers back in last October.

Around the same time last year, Microsoft’s M12 fund raised $20 million in a strategic funding round for Space and Time, a decentralised data warehouse platform that can allow external verifiers (such as a smart contract or an oracle network) to ‘proof’ whether data retrieved from the warehouse has not been tampered.