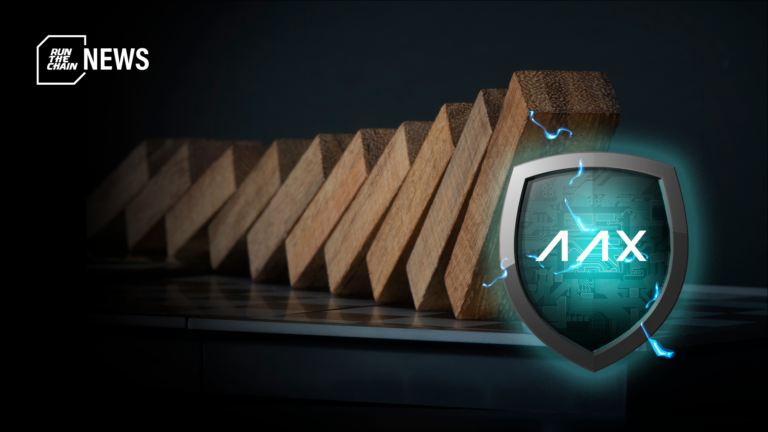 In the midst of uncertainty, AXX exchange publicised and reassured users that it has no financial exposure to FTX, or its affiliates.

The Hong Kong-based crypto exchange AXX announced on Twitter that its current suspension of withdrawals on the platform is unrelated to FTX’s collapse, and that any rumours of it being the case are false.

AAX has no financial exposure to FTX and its affiliates. More importantly, all digital assets on AAX remain intact with a substantial amount stored in cold wallets, and user funds are never exposed to counterparty risk from any financing or venture activities.

“More importantly, all digital assets on AAX remain intact with a substantial amount stored in cold wallets, and user funds are never exposed to counterparty risk from any financing or venture activities,” continued AXX.

Concerns regarding AXX started brewing on November 13, where users reportedly saw a ‘system upgrade notification’ message, stating that a system upgrade “is taking longer than usual,” resulting in delayed withdrawals. Rumours soon spread that AXX may be the next victim amongst fallen crypto exchanges.

In a post made on AXX’s official website, the firm stated that the temporary suspension of services was made in order to fix a glitch in a system update.

“In light of the insolvency of one of our industry’s largest players last week, crypto users are rightfully concerned about the operational and financial stability of centralised digital asset exchanges,” wrote AXX.

We are hopeful that as a community we can brave through these troubling times, together.

Estimated to have 2 million users worldwide, AXX stated that it understood its clients concerns due to the timing of its service suspension.

In the statement, AXX highlighted that the scheduled system upgrade is the result of “the failure of our third-party partner,” which led to some users’ balances being “found abnormally recorded in our system.”

Due to these abnormalities, AXX decided to limit its services temporarily to prevent further risks from happening. Amongst the limits include a seven to-ten day suspension of withdrawals to avoid “fraud and exploitation.”

Meanwhile, AAX vice president Ben Caselin acknowledged via Twitter the unfortunate timing of the upgrade, but said it was aimed at addressing “serious vulnerabilities.”

Regarding the suspension, Caselin says that “it will take a few days before we can start to see things open up and be resolved,” and that the process wouldn’t be easy while the market is still in fear from FTX.

Bad timing for a scheduled maintenance at @AAXExchange, aimed to address serious vulnerabilities, to be prolonged for more than 24 hours. Out of extra precaution this will take longer. Wait for official announcement.