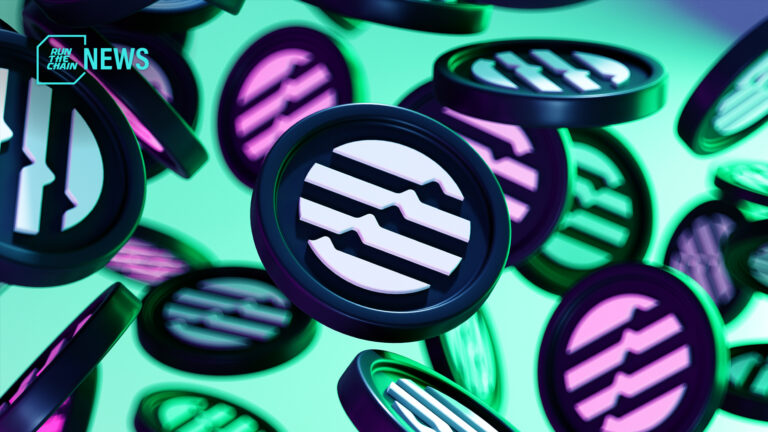 Aptos, a much-anticipated VC-backed layer-1 blockchain solution launched its mainnet on Monday – and its native cryptocurrency APT  is about to debut on crypto markets.

The project, born from the alumni of Meta’s defunct Web3 endeavour, Diem, aims to be “the safest and most scalable layer 1 blockchain,” after four years of technical development, Valued at $1 billion, Aptos has gained a reputation for being a potential “Solana killer”, as it aims to support NFTs, DAOs, and DeFi.

Aptos’ native coin APT is soon to begin trading later today on Binance, Coinbase, and FTX. APT will also be available to trade on MEXC, ByBit, Bitfinex, Huobi and OKX starting at 9 p.m. ET on October 18 (or 1 a.m. UTC on October 19).

But traders on Binance, FTX, and OKX can expect another APT offering: the trading platforms announced that they will launch perpetual futures contracts for APT one hour after the token is available to trade.

Perpetual contracts are a type of futures contract that lets investors bet on prices of an asset.

However, Aptos’ launch hasn’t been smooth sailing. Since Aptos’ launch on Monday, the blockchain and its early investors have faced criticism as the Aptos team waited long to officially release information on APT token distribution – despite it having already leaked online.

Amongst APT’s tokenomics includes that 51% of the initial 1 billion APT supply is currently sitting with VCs and another 190 million with APT core developers, sparking criticism from those looking forward to ‘Aptos Autumn’.

The Aptos tokenomics is designed with people at the core. Tokens allocated are as follows: pic.twitter.com/0OvYtmNuOc

Why does the Aptos tokenomics breakdown not inlcude the "staking rewards" as its component when the chart clearly does? Is the "remaining 1/120" unlocking every month coming from community or from staking rewards? This is not a thorough breakdown imo. Please try again. https://t.co/zNo3iIs4ct pic.twitter.com/rN90ICMUqU

It's not great that FTX/Binance etc are all listing Aptos without any tokenomics transparency at all. Surely it should be a prerequisite to listing something that users can have the basic information on what they're buying lol

Due to all the negativity surrounding Aptos’ tokenomics, options contracts offered by trading platforms can be a potential real-time indicator of people expecting or rooting for the project to fail. As investors are offered the option to bet via a perpetual contract, they can buy or sell a specific amount of APT at a price of their choosing.

Typical, or standard futures contracts have expiry and settlement dates at regular periods of time. For example, CME’s micro Bitcoin and Ethereum trading options have weekly and monthly expirations. That means an investor can bet on either BTC and ETH price activity over weeks or months, at intervals.

However with perpetual options, there are no expiry or settlement dates. As such, prices of the underlying asset can dramatically fluctuate if the market does not tread carefully.

According to crypto reporter Colin Wu, the Aptos team has been attempting to persuade Binance, an Aptos investor, to wait two weeks to launch its perpetual APT contracts. Delaying the perpetual contracts launch will help prevent the risk of shorting and downward price pressure on APT, but Wu has not yet provided sources nor evidence for the claim.

Aptos’ launch faced technical challenges: before the mainnet’s launch, Aptos logged an overwhelming 130,000 transactions per second (TPS) during its testing. However, once live, Aptos was reported to have a transaction speed of seven TPS, much less than that on the Bitcoin network.

Aptos promises 100k TPS in its finalized version. However, the current TPS is somewhere around 4 transactions per second. pic.twitter.com/joWnxAeIpZ

“The majority of these transactions are not actual transactions,” wrote @ParadigmEng420. “They are merely validators communicating and setting block checkpoints and writing metadata to the blockchain.”

Shaikh says that despite the hiccups at launch, multiple applications on Aptos will go live over the next few days. Claiming to be “future-proof” and a “home for the world’s most innovative developers,” NFT marketplaces, token sales launchers, and automated market makers are already available for those eager to try out the new blockchain.

“Building a decentralised protocol from the ground up is tough!” Shaikh said. “Aptos is fortunate to have a fantastic community that’s constantly evolving together.”