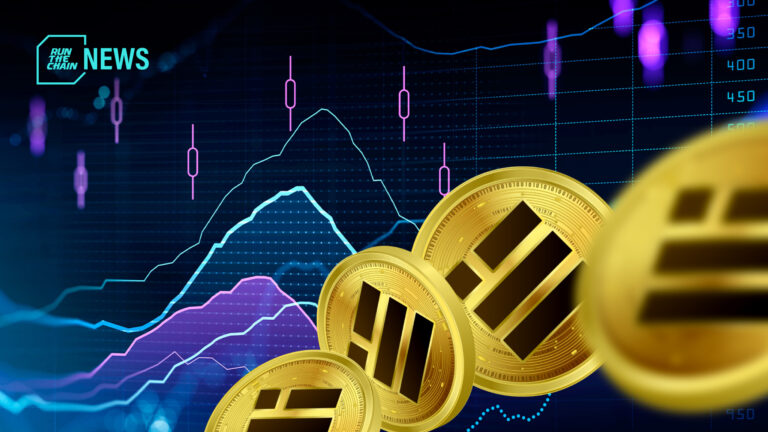 Binance has stopped supporting Circle’s USDC, Paxos’s Pax Dollar (USDP), and TrueUSD (TUSD) in favour of the exchange’s own stablecoin, Binance USD (BUSD). Conversions to BUSD have started, and the effects on the stablecoin market are already being shown.

Earlier this September, the issuer of the world’s third-largest stablecoin said that it will convert customer’s holdings in rival stablecoins to its own stablecoin, to “enhance liquidity and capital-efficiency for users.” Binance is also the world’s largest crypto exchange.

After the announcement, USDC outflows from Binance – the number of USDC stablecoins leaving the exchange – are up by 93%. Concurrently, USDC’s market capitalisation has fallen by 5%.

USDC is the world’s second-largest stablecoin by market cap, and has been outperforming BUSD consistently.

According to the blockchain analytics firm Nansen, on the afternoon of September 29th, $26 billion worth of stablecoins were sitting on Binance’s exchange. Out of the amount, $20 billion was in BUSD, $5 billion of USDT, $683 million in USDC, $48 million USDP, and $283 million TUSD.

Binance users were given the option to start converting competing stablecoins to BUSD at a 1:1 rate on the platform. However, starting September 30th, the exchange will automatically convert all remaining stablecoin balances to BUSD.

“This will not affect users’ choice of withdrawal: Users will continue to be able to withdraw funds in USDC, USDP and TUSD at a 1:1 ratio to their BUSD-denominated account balance,” wrote Binance in a blog post.

When Binance’s early September announcement was released, users called the move being part of efforts towards a “crypto monopoly”, as it was “deleting competitors like Google did 10 years ago.”

Binance will remove $USDC as a tradable asset by Sep 25 to push their $BUSD.

Binance is deleting competitors like Google did 10 years ago.

While much focus is held on Binance converting USDC out from its exchange, Twitter user Bitfinexed makes an observation that these conversions should lower USDC issuance, while increasing BUSD issuance.

As both stablecoins were designed to hold a 1:1 peg to the US dollar, and both Paxos (USDP) and Circle (USDC) burn coins once redeemed, the issuance of both stablecoins can be approximated by looking at their market capitalization.

Over the course of this month, USDC’s market cap has plummeted to $49 billion – while BUSD’s market cap rose by 8% to $21 billion, according to CoinGecko.

Binance CEO Changpeng Zhao and Circle CEO Jeremy Allaire are adamant that the automatic conversions to BUSD do not equal to a delisting of USDC on Binance. Zhao has stated that users can still deposit and withdraw USDC from the exchange, with the ”[best] price, [and] lowest slippage for all users.”

Allaire has offered insight where Binance’s decision “will likely lead to more USDC flowing to Binance.”

Sharing some perspective on Binance forced conversion of USDC. Lots of misleading headlines and interpretations. Binance is not ending support for USDC, and change will likely lead to more USDC flowing to Binance. Here’s why. 1/

Mostly traded on Binance, the three most popular BUSD trading pairs were Bitcoin, Ethereum, and Tether – accounting for 65% of all of the stablecoin’s volume, according to CoinGecko.

Outside of Binance, centralised exchange MEXC Global’s BTC/USDC trading pair has been the most popular stablecoin market in the past day – accounting for $747 million, or 17% of USDC’s volume.

In regards to outflow, USDC outflow volume from Binance has been up 93% – from $158 million at the end of August, to $307 million at the time of writing. According to IntoTheBlock, the count of outflow transactions have increased by 77% – from 1,100 to approximately 1,800 transactions.

According to Lucas Outumuro, IntoTheBlock’s Head of Research, these outflows may be from users who do not want their USDC to be converted to BUSD. IntoTheBlock’s previous research in USDC outflows from Binance has also shown that users withdrew $50 billion worth of USDC in May, and $30 billion in June, as a result from the collapse of the Terra ecosystem.

“But as far as I know, Binance is not actually converting them so it’s not like they are withdrawing clients’ USDC and sending inflows of BUSD,”  says Outumuro. “It is likely to increase BUSD’s liquidity longer-term, leveraging Binance’s position of strength. Short-term it might not make that big of a difference given that as I mentioned Binance is not actually converting the assets.”

All Posts »
PrevPreviousEx-Google CEO says Web3 is on the Right Track
NextIs Google Set to Become the Backbone of Web3?Next