Can Bitcoin Save us From Inflation? 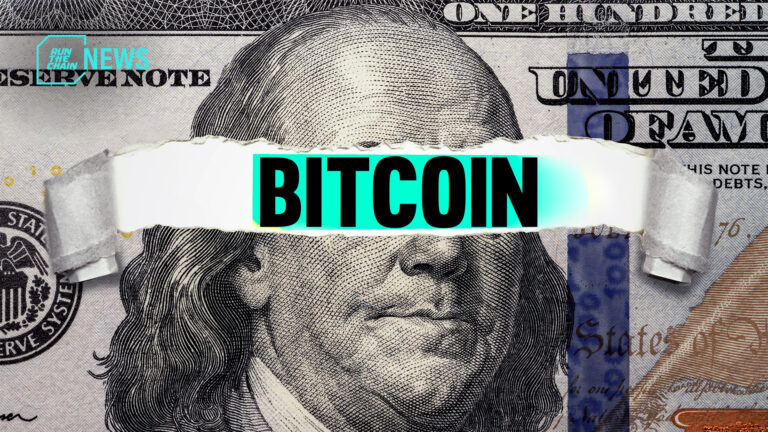 Crypto has quickly gained a reputation for being an effective investment vehicle, with investors now looking to use it as a way to survive inflation.

The fae is, we’re going through an inflation crisis, and have been since early 2021. US inflation has hit a  40-year high , with prices rising 8.6%. Supply chains have been disrupted, due to delays and factory shutdowns. We’re also dealing with war, as Putin’s invasion of Ukraine exacerbates the problem.

As the threat of inflation becomes more dire, the probability of recession increases. Economists have been predicting that a chance of a recession over the next year rose from June’s prediction of 30% to 47.5% in July.

Some are looking towards the US Federal Reserve in hopes of relieving the looming economic crisis. In June, the Fed announced that it would raise interest rates by 0.75 percent, the biggest increase since 1994. “We at the Fed understand the hardship inflation is causing,” he said. “Inflation can’t go down until it flattens out. That’s what we’re looking to see,” states Fed chair Jerome Powell.

“Reducing inflation is likely to require a sustained period of below-trend growth. Moreover, there will very likely be some softening of labour market conditions. While higher interest rates, slower growth, and softer labour market conditions will bring down inflation, they will also bring some pain to households and businesses,” noted Powell at the Kansas City Federal Reserve’s Jackson Hole Economic Symposium on Friday.

Initially, Powell indicated that the rise in prices would be a “transitory” measure, however the Fed changed stance – with the intention to bring back commodity prices through aggressively increasing rates.

Although those in the US have been enjoying the news of student debt cancellation, Powell remarked that “history cautions against prematurely loosening policy,” last Friday in Jackson, Wyoming. The Fed is anticipating that markets will respond drastically, just like what happened this May.

Should we think of Bitcoin as an inflation hedge?

The inflation crisis hasn’t yet been solved, but investors are looking towards a new monetary system that will protect themselves and their assets. Bitcoin is quickly becoming popular, and it is inevitable that it would be used as an inflation hedge.

An inflation hedge is an investment that is made with the intention of protecting an investor from inflation. Nowadays, cryptocurrencies like Bitcoin and Ether have been showing popularity as “digital gold” – as they are seen as an alternative hedge against inflation.

However, Bitcoin investment is often likened to stocks – and stocks aren’t inflation hedges. Bitcoin prices also typically follow, and in some cases lead, stocks. Investors usually turn to commodities like gold as investment hedges. But Bitcoin supply is predictable, and central banks are not able to manipulate its prices. Theoretically, according to this logic, Bitcoin can be used as a hedge against inflation.

While the crypto market continues to grow and mature, we’re starting to see influences from macroeconomic factors. While the price of Bitcoin was previously influenced by “halving events”, where every four years, or with every 210,000 blocks mined on the Bitcoin Network, the block reward for miners is halved.

Raoul Pal, founder and CEO of Global Macro Investor points out that M2 money supply growth has plunged while inflation has surged. This “suggests that liquidity and currency debasement are the predominant drivers [for inflation], as opposed to supply,” adds Pal.

It's all about economy

Can crypto be an inflation hedge?

When the markets are volatile and uncertain, crypto also follows suit. That being said, it’s safe to assume that as of the current moment, crypto shouldn’t be used as an inflation hedge.

As the nature of crypto is speculation-based, crypto is not as sustainable for use to protect anyone from inflation. However, crypto can easily outperform markets where its small market capitalization can make these kinds of assets great as growth stocks, as compared to fiat currencies.

Cryptocurrency can be an effective hedge against inflation values – but only in periods of stable growth. As crypto tends to follow growth stock patterns, their prices will plummet once any financial crisis hits. Although it is a given that it is unwise to use cryptocurrencies as the only method to protect against inflation, we can anticipate crypto being a genuine inflation hedge.

Developing and maturing blockchain tools, technology, and protocols can make the possibility of crypto being a stable inflation hedge happen. However, it’s not quite an inflation hedge for fiat currency just yet.