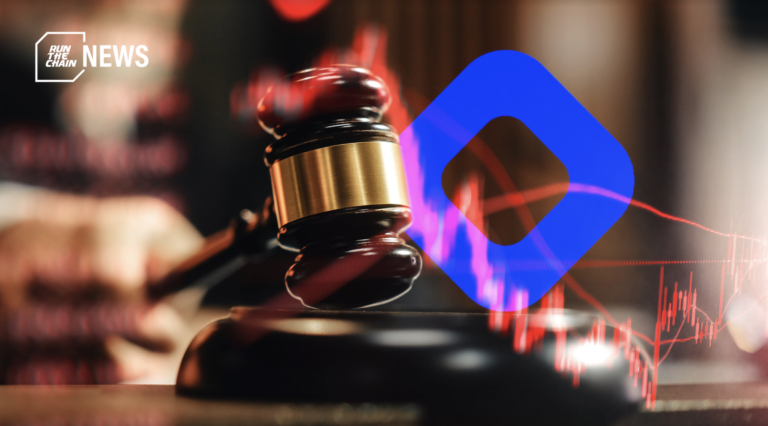 Megan Crowell wants to keep “key employees” as they can “severely [limit] the debtors’ options“ amid bankruptcy proceedings.

On January 23, BlockFi’s chief people officer Megan Crowell petitioned a court to allow BlockFi to give bonuses for “key employees”, citing that BlockFi may not be able to retain employees.

In a declaration made to the United States Bankruptcy Court in the District of New Jersey, Crowell argues that if BlockFi doesn’t provide financial incentives to employees, the crypto lender might not be able to make it through its Chapter 11 bankruptcy proceedings in a “highly competitive” crypto industry.

According to Crowell, many staff were “highly likely to leave the company” during the Chapter 11 filings if they were not provided  “competitive compensation,” potentially adding to costs down the road.

BlockFi’s bankruptcy comes at a time where the crypto industry becomes increasingly competitive, with many options for opportunities for its participants inside the sector – and outside of it.

“Individuals with cryptocurrency experience are attractive to employers in the finance, technology, and payment platform industries broadly, among others, especially as these industries adapt their products and services to incorporate cryptocurrency and or related technologies,” says the BlockFi executive.

In response to the rate of resignations, Crowell adds:

“In the event additional Participants resign, I believe that the Debtors would struggle to adequately source candidates who could operate the BlockFi platform effectively, severely limiting the Debtors’ options in these chapter 11 cases. Moreover, hiring new employees would require the Debtors to incur significant operational and financial costs.”

Crowell points out that certain “critical” employees had already chosen to depart from BlockFi, accepting offers from Google and Walmart after BlockFi’s bankruptcy filing, with “compensation significantly above their current compensation.”

Crypto lender BlockFi had formally started its Chapter 11 bankruptcy process on November 28, 2022, and publicly announced that it had about $257 million on hand.

At the time of bankruptcy, it was reported that BlockFi sold $239 million of its own assets in crypto to cover bankruptcy expenses, and issued notices to its employees that the firm was prepared for a 70% staff layoff.

In the filed motion to restructure and rehabilitate the company, BlockFi aimed to “establish a Key Employee Retention Plan to ensure the company retains trained internal resources for business-critical functions.” Crowell says that this plan would offer employees bonuses amounting to 20-50% of their salaries, if they decide to remain at BlockFi as of January 31.

BlockFi was one of many crypto firms that had been hit heavily by FTX’s collapse in November, adding to 2022’s existing crypto casualty list of Celcius Network, Genesis, and Voyager Digital. Many users have reported losses totalling to millions of dollars as a result of 2022’s events.

A January 24 Bloomberg report reveals that BlockFi’s next moves in its bankruptcy proceedings includes plans to sell off $160 million in loans, which are backed by 68,000 bitcoin mining equipment. According to two people “familiar with the matter”, BlockFi already started selling these loans last year.

However, some of these loans may have been already defaulted, and could be undercollateralized due to price declines in bitcoin mining equipment and gear. The sources add that the last day for bidders to submit offers for BlockFi’s loans was January 24.

According to crypto lawyer Harrison Dell, director at Australian law firm Cadena Legal, in the case that the collateral, in the form of bitcoin mining equipment, is worth less than the value of BlockFi’s loans, the loans are “not worth their paper value anymore to BlockFi.”

Dell adds that the people bidding for BlockFi’s debts are “likely” to be debt collectors, buying for “cents on the dollar,” and that“ this is just the start of the asset sales from BlockFi and other crypto firms in Chapter 11 bankruptcy in the US.”

Dell is in the belief that BlockFi’s attempts at liquidating its loans is an attempt from its administrators to salvage assets to pay off its creditors. According to BlockFi’s November 2022 bankruptcy filing, the troubled crypto lender has over 100,000 creditors.

All Posts »
PrevPrevious$4.6 Billion ETH Burned Since EIP-1559
NextGemini Lays Off Another 10% of its StaffNext