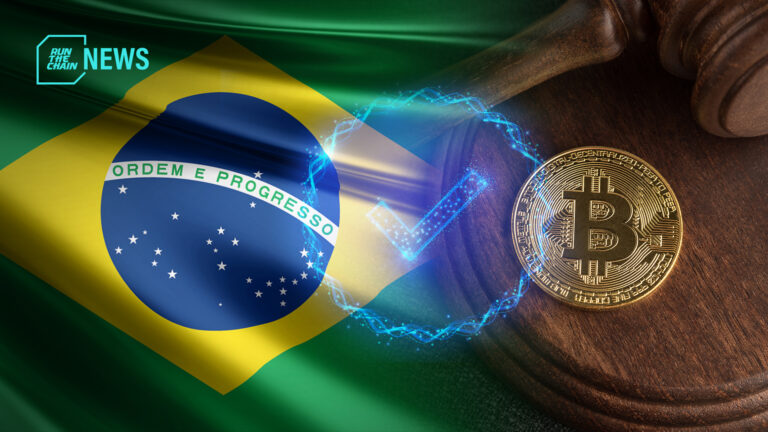 Before becoming law, the bill approved by the Brazilian Chamber of Deputies must go through approval from the executive branch.

The crypto industry in Brazil is one step further in being regulated.

Now, the bill requires the approval from the executive branch to become law.

Under the bill’s clauses, crypto assets will be considered securities to be regulated under the Brazilian Securities and Exchange Commission (CVM).

Digital assets that do not fall under such categories will be under the watch of an agency designated by the Brazilian executive branch to be responsible. It is expected that Brazil’s Central Bank would act as a watchdog.

The document outlines the duties of regulatory authorities that watch over the crypto industry in Brazil, including possible ways to standardise, supervise, and disciplinary action.

The bill also establishes terms for punishment of crime carried out by fraud that involves virtual assets – with a penalty of between two and six years in prison.

Additionally, the bill calls for the creation of a “virtual service provider” licence for crypto businesses to be able to operate in-state. The licence is to be requested by businesses, companies, exchanges, and firms that wish to conduct crypto operations within Brazil.

The bill has been controversial within the Brazilian crypto community – as asset segregation was suggested, but then was soon rejected upon deputy review.

Some Brazilian-based crypto firms were supportive of the now-redacted clause, whereas foreign-owned businesses like Binance, were against it, according to sources.

Asset segregation is crucial for protecting clients’ assets if a financial institution were to go under insolvency. This issue has been more relevant due to news about the crypto exchange FTX abusing its clients’ funds to carry out its own and subsidiary operations.

As asset segregation was not implemented in the case of FTX, users faced more complications in recovering their investments from the meltdown.

According to experts, implementing asset segregation can have customer funds guaranteed, and can help in facilitating returns, in the case whether a crypto broker or exchange goes down under.

However, those opposed to the bill have highlighted that the point on asset segregation in the original proposal was not clear enough.

According to operating exchanges, asset segregation can prevent users from utilising popular elements of DeFi, such as yield products like staking – a common method for earning passive income via crypto.

Further details have yet to be publicly revealed, and the document may go under further discussion and edits prior to being passed into law.

The bill states that once it is enacted into law, crypto companies will have 180 days to comply with it before it is enforced.