Can Circle’s USDC Flourish as an Ecosystem? 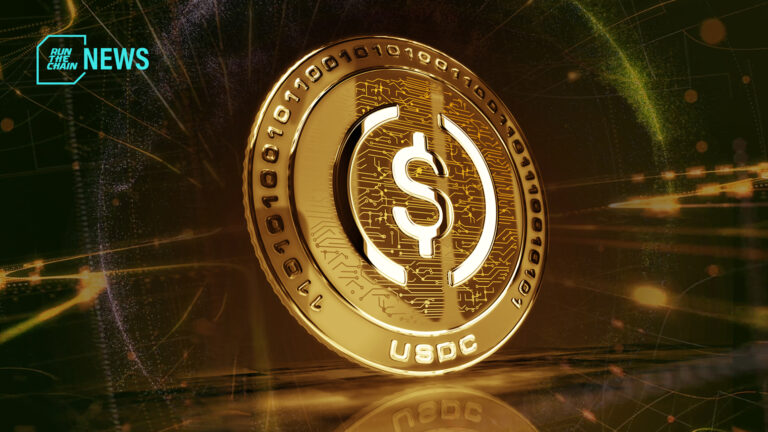 The world’s second-most traded stablecoin is in the works of developing its own network for open-source developers to build more on its platform.

While the term “ecosystem” is often thrown around to vaguely describe a network, Circle has a vision for the USDC stablecoin.

In late September, Circle Internet Financial hosted the Converge conference, a gathering of developers and projects working with USDC. Typically, the term ecosystem is thrown around in  blockchain development environments, and developer conventions to describe a holistic vision of what any given blockchain can be. But USDC isn’t a smart contract protocol for the creation of decentralised applications (dApps).

Many view USDC as just a “coin”, an asset that is a payment vehicle rather than a toolkit for dApps, Circle has been trying to tap into other arenas.

As USDC can be exchanged peer-to-peer between public blockchains, it’s an asset that’s much more liquid than others – and Circle is using it to its advantage.

According to Circle, by the end of this year, users can expect the circulation of USDC on Arbitrum One, NEAR, Optimism, and the Polkadot blockchains. Circle also announced its aspirations to be part of the Cosmos ecosystem within early 2023.

With the introduction of the cross-chain transfer protocol, Circle has been positioning itself more like a typical crypto protocol, but it’s just the groundwork for something larger.

“Extending multi-chain support for USDC opens the door for institutions, exchanges, developers and more to innovate and have easier access to a trusted and stable digital dollar,” Joao Reginatto, Circle’s vice president of product said in a statement.

Circle CEO Jeremy Allaire refers to Circle as a “platform”. As a platform, Allaire envisions that Circle’s open-source application programming interface (API) lets programmers from anywhere join in the action, providing coding data and tools to make their applications better. But Allaire also adds that he visions for USDC to be the established “standard” of the internet.

Allaire believes that the US Dollar, expressed in “programmable” form via USDC, in addition to other dollar-pegged stablecoins – can become its own “extensible platform.”

Extensibility is a principle in software engineering and systems design which aims to account for future growth – without damaging what’s still existing. Extensibility is measured by how much any system can be expanded, and the level of effort required to have the extension to happen. These extensions are often in the form of modifying existing functionality, but also include introducing new functions.

Allaire wants the USDC stablecoin to become an agreed-upon standard for establishing an extensible platform. If USDC as a standard can prosper in an open-source, permissionless software environment, it can also bring in a whole new generation of applications, technology, and the internet.

Although Circle is encouraging stablecoin competition, it still would be subject to pressures to maximise profit. As USDC grows, the push to promote financial innovations would also face pressure from lawmakers, and in a way – methods to align interests to governmental and regulatory forces may surface.

While Allaire wants USDC to be the start of a revolutionary way to view currency, it can be easily swayed to the direction of a repeat of what we’ve seen with Web2 giants Amazon, Facebook, and Google. In the midst of developing new financial technologies, these giants had ended up utilising business models which infringed the privacy of individuals, all in the name to gain profit.

All Posts »
PrevPreviouswETH 101: All You Need to know About Wrapped Ethereum
NextNew US Government report calls for ‘Appropriate Regulation’ over cryptoNext