Can corporate Web3 be a thing? Starbucks says yes 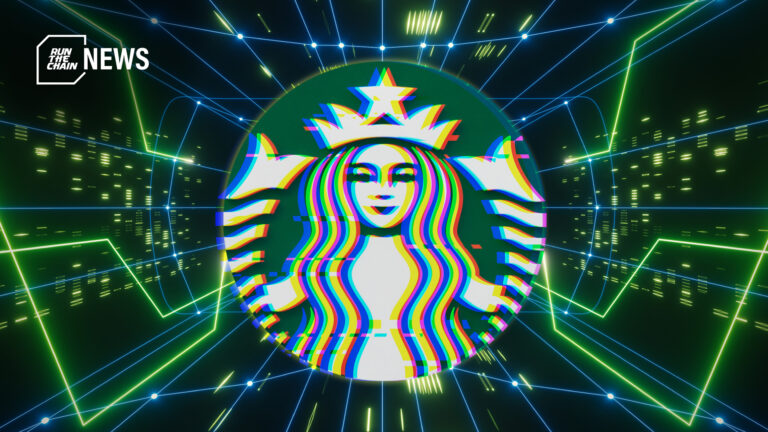 Is the corporate world ready for Web3? Starbucks coffee thinks so.

It’s not too long until we can expect more companies to adopt Web3. Big corporations have taken up time to study up on the 101’s of smart contracts, protocols, wallets, exchanges, and tokenomics – and we’ve already seen that  Web3 adoption has soared over the past few years.

Even if crypto technology is still relatively new with our existing financial systems, with even newer tokens and protocols introduced each day, it may be difficult to keep up. Although many are keen to dismiss crypto as just a gimmick, the corporate is ready to take up the challenge to prove that wrong.

And it can start with a simple cup of coffee. Starbucks is brewing the launch of its new non-fungible token (NFT)-based reward program, Starbucks Odyssey.

Although still in development, Starbucks has prided itself on being “one of the first companies to integrate NFTs with an industry-leading loyalty program at scale,” with the aim that “Starbucks will create an accessible Web3 community that will enable new ways to engage with members and partners (employees),” said a Starbucks press release.

While the development of Starbucks Odyssey is limited to “Starbucks Rewards members and Starbucks partners (employees) in the United States”, the program will give users “the opportunity to earn and purchase digital collectible assets that will unlock access to new benefits and immersive coffee experiences”.

“For the first time we are connecting our Starbucks Rewards loyalty program members not just to Starbucks, but to each other,” said Brady Brewer, Starbucks executive vice president and chief marketing officer. In connecting their customers to the digital world, Brewer wants to extend the connection that coffee brings to people between home, work, community, and belonging.

US-based users eager to try out the program have been able to join the waitlist since September 12, 2022.

Starbucks has found itself as a pioneer in delivering mainstream retail customer experiences to Web3. Expanding their existing customer Starbucks Rewards program, Starbucks Odyssey is an add-on where “members can engage in Starbucks Odyssey ‘journeys,’ a series of activities, such as playing interactive games or taking on fun challenges to deepen their knowledge of coffee and Starbucks.”

According to the introductory press release, no crypto wallet or cryptocurrency will be required. Starbucks aims to make the “Starbucks Odyssey experience a fun and easy way for members to access this new technology and claim an ownership stake in their loyalty to Starbucks.”

Starbucks is perhaps creating the template in bringing more people into Web3 via an existing brand.

What’s so noteworthy about the Starbucks Odyssey?

With an audience of 30 million in the US alone, Starbucks’ loyalty program is arguably amongst the most popular in the world. Accumulating up to 60 million rewards customers worldwide, if the US implementation of Starbucks Odyssey is a success, then other mainstream corporations can see it as an important case study in designing Web3 initiatives for their own companies.

This means that Starbucks’ additional NFTrewards program can potentially reach an audience of up to 60 million people.

Combined with the fact that Starbucks’ largest customer base is within the ages of 25-40 – 50% of the company’s total customers – diving into NFTs isn’t that bad of an idea. While general interest in crypto and NFTs also lie within the age group, Starbucks’ Web3 experiment may see  great outcomes.

As Starbucks Odyssey isn’t 100% crypto-based, the company has leeway for it to sell not only customer experiences, but also physical, complementary merch within its additional rewards program. It’s a great strategy to minimise risk while introducing a new model for business.

However, quite ironically, Brewer states that the Web3 rewards program “happens to be built on blockchain and Web3 technologies, but the customer – to be honest – may very well not even know that what they’re doing is interacting with blockchain technology.”

At this rate, Starbucks Odyssey may be a program that is foundationally in Web3, but would hide many characteristics distinct of Web3, if not fully addressed. In order to fully maximise what Web3 can do for a retail brand’s customer rewards program, certain areas of interface and service design have to be considered.

According to Starbucks, its NFT holders can trade these NFTs in peer-to-peer (P2P) marketplaces.

The gaming industry, and more specifically the blockchain gaming sector has already seen the impact of price speculation of digital assets, or NFTs. User experiences have been altered for the worse through speculation, and Starbucks has to be prepared to face these impacts.

In designing not only NFTs but a potential digital asset marketplace, Starbucks would have to ensure that its rewards program, the core part of its application, continues to operate as intended, and provide desired incentives to its customers.

A huge appeal to blockchain technologies lies in how users can be in almost full control of their assets, or have them automatically managed in some sort of way, custom-set by the user. It’s unclear that users can be offered options to manage their assets in Starbucks Odyssey, or at least have their earnings in the Web3 app.

Having just an NFT doesn’t mean that customers would be interested in buying into it.

Most crypto-savvy users are eager to find ways to make a profit from NFTs, and Starbucks has to take the challenge in designing digital assets that will not only appeal to its audience, but also attract ongoing revenue streams.

As Starbucks is tapping into the digital asset market, the company must also be aware of whether it will create a one-hit wonder, and how to sustain their customer base into repeat use of the Odyssey program.

Although it’s rather unclear as to how Starbucks will implement strategies in designing a Web3-based extension of its current rewards program, we’re definitely at a pivotal point in Web3  history. For other corporations, Starbucks has already presented itself as ready to test out Web3’s potential for mainstream adoption and its limits.

Starbucks may as well be piloting a new era into delivering retail customer experiences, and the world should keep watching.