Can Goldman Sachs CEO Bring Bonds to the Blockchain? 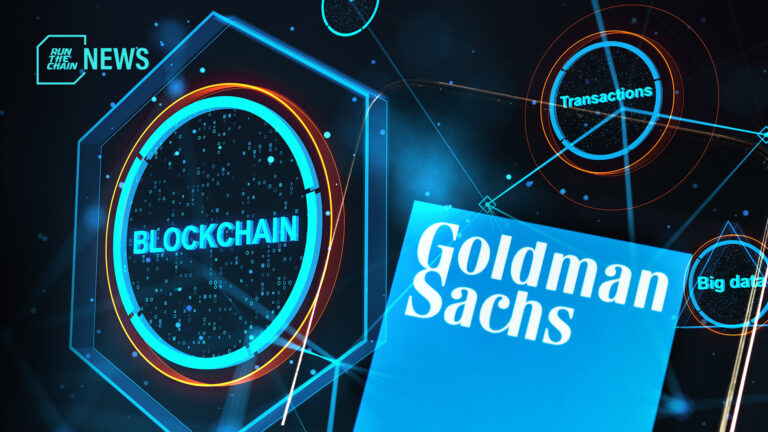 Can blockchain bonds *really* be Goldman Sachs’ successful crypto product offering? Not really, at this rate.

This week, David Solomon, the chairman and CEO of investment bank Goldman Sachs, dropped an opinion piece in the Wall Street Journal, titled “Blockchain is Much More Than Crypto”.

While Goldman under Solomon has been adopting a relatively more crypto-friendly stance to its fiat finance counterparts, seeing crypto as a big opportunity to expand its product offerings, Solomon’s Op-Ed piece can be interpreted as rather tone-deaf in terms of what crypto and the blockchain stands for – not to mention presenting the blockchain as a glorified piece of technology that plebeians shouldn’t dare to touch.

Just a week ago, Solomon publicly announced that Goldman was ready to spend “tens of millions” on crypto investments, while prices are still low. Goldman, under Solomon, is ready to take on crypto and the blockchain under its wing.

However in the article, Solomon clarifies his stance and motives in the blockchain a bit further.

While Solomon has correctly said that crypto and the blockchain have disrupted how heavily-regulated industries work, he strays off to the conclusion that the blockchain can “support responsible innovation across the financial industry” – without the need for using cryptocurrencies.

Solomon continues on to propose that Goldman, through a private blockchain, can reduce settlement times, therefore making settlements more cost-efficient for all stakeholders.

Earlier in 2021, Goldman Sachs ran an experiment where they used a private blockchain to arrange a 100 million euro two-year digital bond for the European Investment Bank. The transaction was settled in 60 seconds instead of what usually takes five days – which then led Solomon to cite this trial as an example that the blockchain can operate fine without crypto.

Solomon’s private blockchain is cited as a near-perfect working example to bring blockchain technology to fiat – making transactions much more efficient for everyone else.

However, there are quite a few points worth turning heads for, in Solomon’s Op-Ed.

For one, Solomon views young blockchain start-ups quite nihilistically – he says “not all have the capability to meet such [regulatory] requirements because they are young organisations.”

However, it may not be quite as Solomon thinks.

The reason why transactions are settled in a minimum of five business days are due to regulations that have already been put in place. Regulation can happen, but it is not necessarily a fundamental point to keep a blockchain fully operational, and working as intended.

On top of how regulated banks themselves operate as mediators, transaction times are bound to be less than instantaneous, as each transaction has to go through manual approval. It’s not because the blockchain can magically make things happen instantaneously.

Solomon is essentially trying to gatekeep the crypto industry – an industry that at its core, probably doesn’t want Goldman Sachs nor other big centralised players in the first place, until issues of transparency, privacy, and financial accessibility are addressed properly: not just with lofty claims of providing the next-generation financial technologies to those with enough assets already to be a part of it.

Although people like Solomon try to create big narratives about the blockchain, mystifying it to the point where it feels inaccessible – the blockchain is really not that complicated.

The blockchain, believe it or not, is just another form of a database management system. The blockchain is a public form of data storage, and is stored in many different places at the same time – so it’s just a big database that’s connected from computer to computer – or peer to peer.

Put into blockchain terms, people can access data permission-lessly, instead of waiting for a database manager – rather, a third party – to approve an individual in accessing any piece of information.

As we’ve observed many human errors in crypto with third parties and centralised players happen within the past year, it’s safe to say that it isn’t quite a good idea to bring someone who wants to take control of an industry to bring massive changes, yet.

And the blockchain isn’t quite capable of everything and anything yet either.

5 years ago, international courier Maersk partnered with tech giant IBM to ‘blockchain’ supply chains through creating a shipping blockchain called Tradelens – but it didn’t meet “the level of commercial viability necessary to continue work and meet the financial expectations as an independent business” – as the logistics industry didn’t actually need the technology quite yet.

The blockchain seems like a great solution for most things. Despite it being a handy sort of database, it couldn’t quite improve logistics and supply operations like international courier Maersk intended – with TradeLens failing and shutting down after 5 years of attempts to operate in late November.

How could we expect the same sort of handy technology to change the game for investment banks in the long run?

There’s only a niche use case for Goldman’s private and permissioned blockchain experiment –   we can definitely do better in other interesting ways to create more financial opportunities for people worldwide.