Did Celsius Attempt to Trade Users’ BTC Before Bankruptcy? 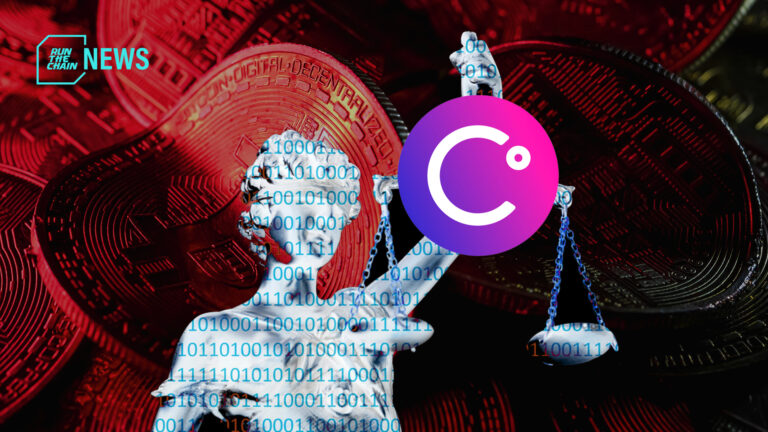 Troubled crypto-lending platform Celsius reportedly attempted to trade its users’ Bitcoin (BTC) in January, months before the company had filed for bankruptcy – it is thought that the firm will completely run out of funds by October 2022.

The trade attempt was allegedly made under the direction of CEO Alex Mashinsky, the firm filed for bankruptcy in July.

The allegeations have arisen following an investigation by a committee of unsecured creditors who have claimed that Celsius customers had been repeatedly misled by the CEO about the safety of their assets, and the firm’s business model. An official committee mission statement has since been published, with references to specific tweets from Mashinksy as evidence.

Mashinsky had reportedly misplaced user funds for BTC trading. In January 2022, Mashinksy had announced that he would be taking control of Celsius’ trading strategy to his investment team, shortly before a Federal Reserve meeting, which he had predicted would dramatically change the market.

“[Mashinsky] was ordering the traders to massively trade the book off of bad information… He was slugging around huge chunks of Bitcoin,” notes a source.

Mashinsky was reportedly convinced that the Federal Reserve meeting would cause crypto markets to drastically drop, thus wanting the firm to sell its reserves of BTC.

However, Mashinsky’s predictions were proven wrong, which resulted in the firm having to buy BTC back at a loss, before reporting $50 million in losses this January.

In a Tuesday hearing, Celsius Network lawyer Ross Kwastein has argued that Celsius should finish building their mining division, Celsius Mining, stating “If we don’t complete the business, we think we risk destroying a lot of value,” and “We’re pot committed, if you’re a poker player.”

Previously, Celsius had revealed to the court that it “operates one of the largest mining enterprises in the United States.” Prior to the June bankruptcy filing, Celsius had announced plans to expand its Bitcoin mining operations, by “acquiring and making operational additional mining rigs.”

Celsius had predicted that its gains with Bitcoin would be a promising recovery from its financial troubles. As a result, the firm had filed a petition for Chapter 11 protection in July.

In July, U.S. Bankruptcy judge Martin Glenn had approved Celsius’ request to finish building a new Bitcoin mining facility. The approved funds to be used comprise of $3.7 million in existing funds, and an additional $1.5 million for “customs and duties on imported Bitcoin mining rigs.”

“If everything goes well, in 2023 we hope and expect to be in a position to mine approximately 15,000 bitcoin [per year]” says Pat Nash, Celsius’ lead attorney, in the court hearing. Nash also cites that Celcius Mining was mining 14.2 bitcoins per day – and is expected to mine 10,100 bitcoins this year.

Celsius community members have shown enthusiasm for the firm’s organisational pivot to mining, and that they believe that the firm can recover from its losses.

However, Celsius had stopped monetizing the Bitcoin generated upon filing for Chapter 11, citing that the company is “financially constrained.”

Celsius Network is anticipated to run out of money by October, according to the firm’s latest Chapter 11 documents. The documents were filed to the United States Bankruptcy Court of the Southern District of New York on Sunday.

In the filing, Celsius had noted that it is expected to reach negative liquidity of approximately $34 million, by October 2022.

Court documents also have shown Celsius’ cash flow forecast for the next three months, revealing steep declining liquidity. According to the data, Celsius is anticipated to experience a drop of approximately 80% in liquidity funds from August to September, prior to completely running out of funds in October.

In the next three months, Celsius is expected to accumulate a negative net cash flow of $137.2 million from its operations, further contributing to its financial woes.

What’s Next For Celsius?

Several firms have reportedly stepped up to try and buy Celsius, which was trusted with life savings and retirement funds by users worldwide.

Ripple Labs has been reported to show interest in acquiring Celsius, but rumours of acquisition were debunked as Ripple is “interested in learning about Celsius and its assets and whether any could be relevant to [their] business.” Ripple has also highlighted that Celsius is proactive through a market reset, and is “actively looking for M&A opportunities to scale the company strategically.”

In late June, global institutional banking, securities, and investment management firm Goldman Sachs was reported to be “considering” to assist an investor to raise the required capital to save Celsius. A source has stressed out that Goldman has no intention of owning digital assets, rather to act on behalf of the investor as broker.

Insider reports from this past July have also indicated CEL token price manipulation. Timothy Cradle, Celsius’ former director of financial crimes compliance had recently come forth with alarming conversations in a 2019 Celsius Christmas party where executives had said they were “pumping up the cel token” and “actively trading and increasing the price of the token.”

However, CEL has been experiencing net positives in price action as a result of the  bull market. At the time of writing, CEL has enjoyed a 40.3% increase since last week, and a 104% increase in the last two weeks.

All Posts »
PrevPreviousCoinbase: No ETH Deposits or Withdrawals During Merge
NextA New Model For DAO Governance: Proof of ContributionNext