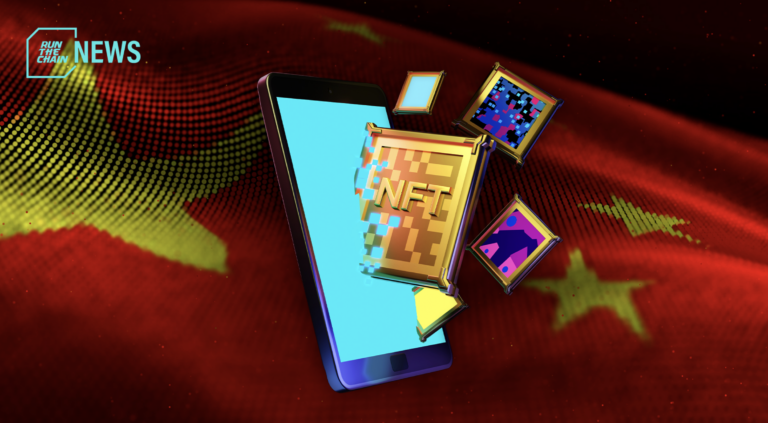 Collecting digital collectibles and assets have been long popular in China, but the country is about to make its first official steps into the NFT space.

While China has a reputation for strict regulations on cryptocurrency, the country is about to launch its first state-backed digital asset – or non-fungible token (NFT) marketplace.

According to Chinese state media outlet China Daily, The NFT marketplace will be run by a mix of government-backed and private entities: China Technology Exchange and Art Exhibitions China being the government-backed associations, and Huban Digital Copyrights Ltd., a private company.

The national NFT platform, whose name translates to “China Digital Asset Trading Platform,” will be welcomed by a launch ceremony held in-person in Beijing, on January 1. The platform is intended to trade collectibles, digital copyrights, alongside property rights, serving as a secondary market for NFT trading.

As for blockchain specifics, the marketplace operates with the “China Cultural Protection Chain,” according to China Daily.

NFTs have been popular in China as a method to sell rare and authentic digital collectibles since its boom two years ago. Despite China’s fast-growing NFT market over the years, NFTs cannot be purchased with cryptocurrency according to the country’s laws. To the state, NFTs are not bought as ‘NFTs’, but rather as digital collectibles.

The digital artwork and asset trading landscape in China is known to be closed off and highly regulated – but is seeing slight improvements in trading conditions. Earlier this December, a Chinese court ruled that digital assets possess similar property rights to goods sold on e-commerce sites.

With a centralised marketplace, buyers and sellers can efficiently trade NFTs, while addressing public concerns regarding the authenticity of traded NFTs.

The original plan for the national NFT marketplace was announced in 2021, where the Chinese government stated its intent to better regulate and protect the rights of creators and consumers on the NFT market.

According to Yu Jianing, an expert on digital assets and metaverse developments in China, digital assets are more vulnerable to regulatory difficulties, digital copyrights, and intellectual property rights – which require measures to be taken in order to ease up uncertainty in the industry.

As the digital asset space in China is still in its infancy, it may require ongoing shifts in regulatory procedures as time goes on. The national digital asset marketplace will be a first step in recognising areas to target for regulation, with hopes to curb mass speculation in NFT secondary markets.