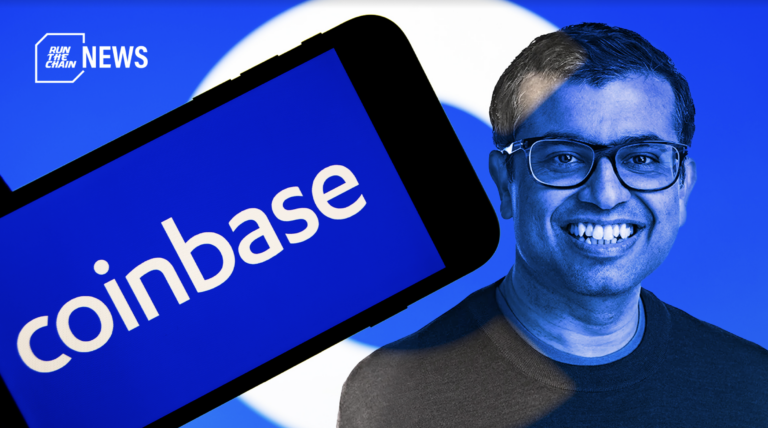 Surojit Chatterjee will make $105 million from stock sales on February 3rd – his final day at Coinbase.

A document filed with the US Securities and Exchange Commission details the conditions of Chatterjee’s stepping down from being Coinbase’s CPO and “will continue to serve Coinbase in an advisory role through at least February 3, 2023.”

After nearly 3 incredible years as CPO @coinbase, I’m taking a breather & stepping down. Thanks to the entire CB team – I’m looking forward to continuing to serve @brian_armstrong and the exec team as an advisor. I’ve shared some reflections here: https://t.co/y5qM9VaJ36

The document also reveals that the former chief product officer will retain 249,315 shares of COIN stock, which on Friday January 20 had closing prices of $49.42 per share – worth $7.6 million.

Chatterjee joined Coinbase back in February 2020 after working at Google, with a salary a bit under $1 million per year.

Since joining San Francisco-based Coinbase about three years ago, Chatterjee has earned $115 million. Compared to other high-ranking executives out there, Chatterjee’s pay soars beyond that of the CEO of Ford Motors, having earned less than a quarter of Chatterjee’s earnings within the same time period. Ford Motor’s revenues are also five times that of Coinbase.

Nine-figure pay packages for CEOs are becoming more common, with Equilar 200’s 2022 study seeing a record number of CEOs entering the large pay package bracket. According to the study, eight CEOs earned more than $200 million in 2021, and two more earned $500 million each the same year.

A Bloomberg article from April 2021 highlights that Chatterjee had entered a five-year contract with Coinbase, with a compensation package being worth $646 million. However, Chatterjee’s earnings have been cut short due to his departure and the crypto market crash.

Chatterjee chose a good time window to join Coinbase – as his pay contract with Coinbase was bolstered up with the rise of COIN stock. The 2020-2021 crypto boom brought Bitcoin prices higher, and Coinbase’s revenues saw positive effects from high crypto transaction volumes.

That year, COIN stock shot up to a high of $342 per share, and Chattterjee was offered options of $18.71, giving Chatterjee an excellent opportunity to boost his wealth.

Coinbase executives are required to trade their stocks under a Rule 10b5-1 plan where frequent automatic sales of their stock options were generated without their control – and Chatterjee profited from the scheme. Chatterjee sold his options in 65 separate transactions, with the bulk of them being in 2021 according to his SEC documents – taking home $102.5 million in cash in that year alone.

As Chatterjee is packing up from Coinbase after three years fulfilled out of a five-year agreement, he leaves at a time where COIN stock is $49 per share, way less valuable than what his compensation package was in 2021. However, Chatterjee says that money troubles aren’t what led him to leave Coinbase – but rather needing time with family.

“As our product leaders have taken on more responsibility, I’ve been able to consider taking a much-needed personal break to spend more time with my family. It has been a tough year for me personally — my father was diagnosed with Alzheimer’s disease, and my mother passed away unexpectedly. If I’m honest with myself, I don’t think I’ve allowed myself time to grieve either yet,” he revealed in a recent LinkedIn post.