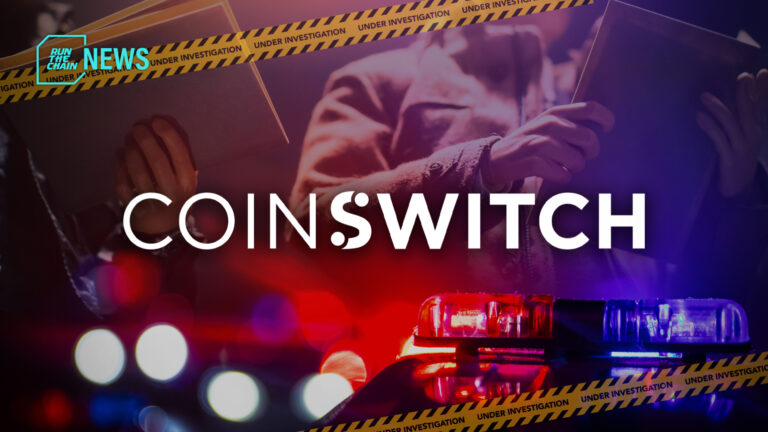 Five of the premises of Major Indian crypto exchange CoinSwitch Kuber were searched by Directorate of Enforcement (ED) agents on Thursday over allegations of Forex Law violations.

A person familiar with the matter, who requested not to be named, stated that the Enforcement Directorate searched office facilities, residences of directors and the CEO Ashish Singhal. The exchange was suspected of having acquired shares of over 20 billion rupees ($250 million) in contravention of forex laws and non-compliant with certain know-your-customer (KYC) requirements.

A CoinSwitch Kuber spokesperson stated that it has always received queries from various government agencies, noting that “our approach has always been that of transparency.”

The Enforcement Directorate has not yet commented on the issue.

CoinSwitch Kuber is one of India’s largest crypto exchanges. It reached unicorn status by raising $260 million at a $1.9 billion valuation in series C funding led by Andreessen Horowitz and Coinbase Ventures and backed by Sequoia Capital, Tiger Global Management, and Ribbit Capital.

With a mission of demystifying cryptos for the lay investor, it aims to remove all the complexities in crypto trading, educate consumers and give them a simplified experience of one-click buy and sell.

The cryptocurrency space in India is facing much greater scrutiny. The Tax Deducted at Source (TDS) legislation in India mandates a 1% tax per transaction and an additional 30% income tax on unrealised crypto gains.

The former tax was planned to be in effect for three months as a test to determine the impact it has on the market. Having been in effect for around two months, it has led to a massive slump in average daily transaction volumes.

KuCoin recently released the  “Into the Cryptoverse India Report” Survey. It estimated that some 115 million Indian citizens, aged between 18 and 60, are invested in cryptocurrencies, representing 15% of the population. While the survey also revealed that ​​33% of survey takers were concerned about ambiguous government regulations that could deter potential investors.

Other crypto exchanges have also met similar regulatory scrutiny in the past several years. Last year, the ED issued a show-cause notice to WazirX for alleged contravention of forex laws involving cryptocurrencies worth 27.9 billion rupees ($382 million). Taking a step further, the agency froze its assets worth $8.2 million in relation to the instant loan app case.

DeFi lending was already big business, but borrowing against valuable NFTs and using them as collateral for loans is a rapidly growing niche. Fragment, the

According to a white paper released on Monday, the Reserve Bank of Australia (RBA) anticipates finishing its central bank digital currency (CBDC) trial by the

Do Kwon, a co-founder of Terraform Labs and the subject of South Korean allegations related to a $60 billion Bitcoin wipeout, refuted reports that he