Craig Wright Refuses to Give Cryptographic Proof of Being Satoshi 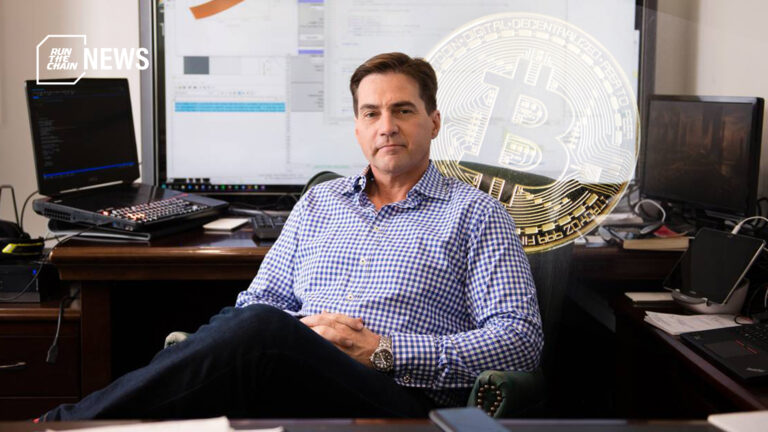 Attorneys for Craig Wright, the Australian computer scientist known for claiming to be behind the pseudonym Satoshi Nakamoto, say that Wright will not provide new cryptographic proof of being the Bitcoin inventor, during his trial against Bitcoiner Hodlonaut which began in Oslo, Norway, this Monday.

Wright’s attorneys assert that Wright’s scholarly work and personal history is sufficient enough proof to claim the identity of Satoshi, in addition to having Gavin Andresen, Bitcoin developer, be convinced that Wright held Satoshi’s private keys.

The 7-day trial in Oslo is one of two simultaneous lawsuits which stirred up from a series of tweets from March 2019 from Hodlonaut, who has expressed doubt about Wright claiming to be Satoshi, calling him a “fraud” and a “scammer” in the process. Wright has also subsequently sued Hodlonaut in the United Kingdom for defamation.

Hodlonaut filed the suit under his real name, Magnus Granath, in Norway to rule that his tweets on Wright’s claims are protected by the Constitutional right to freedom of speech, If Hodlonaut wins the suit in Norway, Wright would be unable to collect damages for libel for the tweets in the UK.

Many of Wright’s doubters have stated that having access to Satoshi’s private key would settle the score in Wright’s claims of being Satoshi.

In his opening statements on Tuesday, Wright’s lead attorney, Halvor Manshaus, said that holding Satoshi’s private key is not proof enough to claim the identity of the creator of Bitcoin –  but rather needs more.

“Craig Wright is of the perception that to sign … with the private key, one block or the other … is not conclusive evidence of whether he is Satoshi or not,” Manshaus told the court on Tuesday. “It’s never one thing or the other is sufficient, you need several elements, you need the whole package.”

Manshaus also has stated that Wright has suffered extreme emotional pain with the burden of “proving” his identity as Satoshi.

While reading excerpts from Andrew O’Hagan’s 2016 article “The Satoshi Affair”, Manshaus argued that Wright felt that cryptographic evidence would not be enough, and that he had developed “difficulty trusting people”, alongside “exhaustion” after a 2016 private signing session with Bitcoin developer Gavin Andresen – held with the intention to prove Wright’s ownership of Satoshi’s private keys. Wright allegedly broke down in tears due to the stress from the event.

“The whole package” of being Satoshi

As Manshaus argues that cryptographic proof is not sufficient enough, he approached convincing the court of his client’s identity as Satoshi with alternate methods of proving identity.

Among the evidence is a personal history of Wright, allegedly in line with one that is from the Bitcoin creator, Satoshi Natakoto. Manshaus also relied on assertions from Andresen that he had believed Wright to be Satoshi, following the 2016 private signing session.

Wright’s legal team also features former Bitcoin Foundation director Jon Matonis’s 2016 blog post “How I Met Satoshi”, which was written after a private proof session with Wright. Manhaus argues that Wright has managed to convince both Andresen and Matonis of being Satoshi. Manshaus also stated that Andresen was “a very critical person in the beginning … extremely critical,” was proof enough in combination with current evidence to Wright’s claims of being Satoshi.

Supplementing these anecdotes, Manshaus presented details of Wright’s childhood in Australia, where he had learnt to code with his grandfather and operate a ham radio in the family “hamshack”.

Wright’s academic achievements and military career were presented as evidence that Wright had the know-how, skills, and experience required to create Bitcoin – however  seem to be exaggerated. Australian public military records appear to indicate that Wright was discharged by the Royal Australian Air Force after a year of being enrolled in a nine-year officer program.

Additionally, Manshaus told the court about Wright’s long standing appreciation for Japanese culture, which explains the choice of the pseudonym. According to Manshaus, Satoshi means “Ash” in Japanese, and was chosen because he wanted Bitcoin to take down the current financial system, and “rise like a phoenix from its ashes.”

Manshaus also stated that, to benefit the cause, Satoshi is the Japanese-language name of the Pokemon series’ protagonist, Ash Ketchum. However, the word Satoshi has many meanings in Japanese depending on the kanji characters used – none of which translates to the word “Ash.”

Hodlonaut is not the only person that has faced legal action for speaking out against Wright. Last month, a verdict was reached where Wright had sued podcaster Peter McCormack for calling Wright a liar and a fraud in 2019. The judge awarded Wright damages of 1 British pound, after finding that the claims from McCormack had caused “serious harm” to Wright’s reputation.

In trial proceedings, Hodlonaut’s attorneys have told the court they have commissioned auditing firm KPMG to authenticate Wright’s evidence submitted for the case – with a 73-exhibit report  that the documents submitted coming back either manipulated or unverifiable.

The documents will be discussed in a testimony from a KPMG representative this coming Friday. Wright’s attorneys have stated that the documents were not intended to be manipulated.

Last November, the Kleiman vs. Wright trial also called for witnesses who suspected forged signatures and backdated documents in Wright’s business dealings in order to get around tax issues.

After opening statements concluded on Monday and Tuesday, witness testimony for the trial begins on Wednesday. Both Wright and Hodlonaut are expected to testify.

Thursday and Friday will hear testimony from additional witnesses; but Andresen and Matonis are not expected to testify.