Crypto Loans are Booming in LATAM 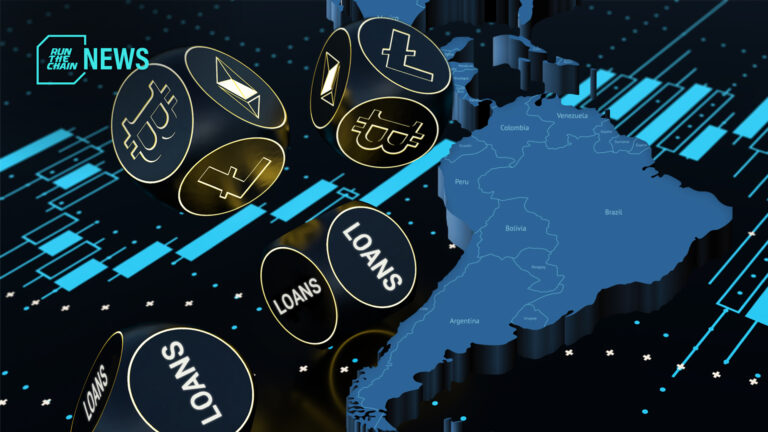 Borrowing money from traditional banks is difficult for Latin Americans at a time of extremely high interest rates and relentless inflation. As a result, some in the region have turned to cryptocurrency to obtain much-needed credit.

When the coronavirus pandemic-induced inflation hit in 2020, Latin American central banks were among the first to raise interest rates, with additional increases planned for 2021 and 2022.

As a result, traditional banks’ lending rates increased exponentially, triggering the growth of crypto platforms that offer up to 50% lower rates and no maintenance fees.

Brazil, one of the first countries to tighten monetary policy in 2020, has the world’s second-highest interest rate of 13.75%. But by far the first place goes to Argentina, whose central bank announced a 550 basis point increase in September, bringing the country’s reference interest rate to 75%.

“For someone living outside the banking system whose income is in local currency, who can’t access credit, can’t access a bank account, a credit card, anything … that’s when crypto becomes a solution,” said Darian Yane, an Argentine economist specializing in crypto.

But some lending platforms see the opportunity of extending credit to people in need by allowing them to collateralize their idle cryptocurrencies.

Ledn, a lending platform based in Canada with over 125,000 users, launched in Latin America in 2019. According to Ledn co-founder and Chief Strategy Officer Mauricio Di Bartolomeo, the region now accounts for 50% of the company’s loans.

With an annual interest rate of 7.9%, Ledn offers credits in US dollars and the USD coin (USDC) stablecoin. When receiving loans in USD or USDC, the collateral in BTC must double the loan amount. According to Di Bartolomeo, the company provided $500 million in loans in Latin America, with the average amount of a bitcoin-backed loan being $9,206.

“As the adoption of cryptocurrencies grew in Latin America, we noticed that people had to sell their bitcoins to spend on their daily lives,” Di Bartolomeo said. “That was when we saw credit could help people grow their businesses or projects without selling their crypto.”

Buenbit, a Latin American crypto exchange, began offering crypto credits in Argentina in July via NuArs, an Argentine peso (ARS) stablecoin that operates on Binance’s blockchain and must be collateralized in the US dollar-pegged stablecoin DAI.

According to Manuel Calderon, Buenbit’s financial manager, the amount borrowed from NuARS has increased by 70% since the launch of that lending feature. He stated that the borrowing limit was increased in September from 1 million ARS (equivalent to $3703) to 5 million ARS ($18.518) in response to user demand.

Calderon stated that the collateral required can range from 10% to 90% depending on the amount borrowed. He added that the annual interest rate is around 69.5%, but it can change on a daily basis due to market fluctuations. Loan rates at Argentina’s traditional banks can exceed 200% per year.

Approximately 30 loans are opened and 25 are closed each day. “Users go from small and medium companies that want to get 5 million NuARS to buy machinery, to people who get only 3,000 pesos (US$11) to pay a small expense like eating in a restaurant,” he explained.