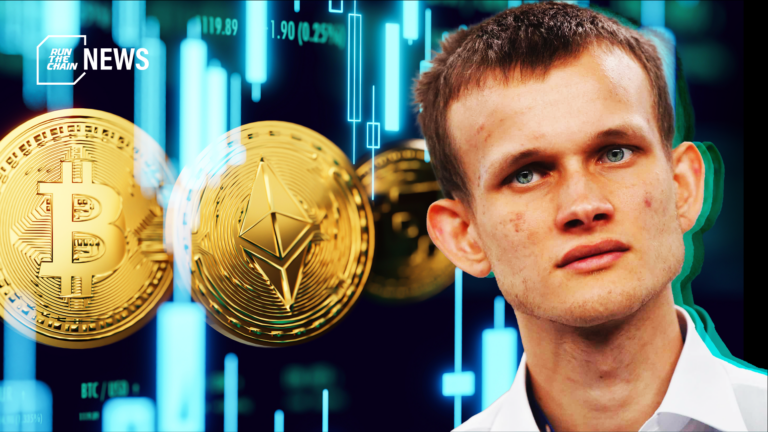 Vitalik Buterin, Ethereum’s co-founder, weighed in on his thoughts on what the industry should do – and not do – following the recent push towards regulation on crypto.

On Sunday, Buterin expressed that he believed that preserving principles in crypto’s core beliefs – such as censorship resistance and decentralisation – should be prioritised.

“I don’t think we should be enthusiastically pursuing large institutional capital at full speed,” he wrote. “Regulation that leaves the crypto space free to act internally but makes it harder for crypto projects to reach the mainstream is much less bad than regulation that intrudes on how crypto works internally.”

Basically, especially at this time, regulation that leaves the crypto space free to act internally but makes it harder for crypto projects to reach the mainstream is much less bad than regulation that intrudes on how crypto works internally.

Debates on crypto regulation have been swirling up recently in the industry, as major financial companies and mainstream corporations are becoming more keen to enter the Web3 race. Regulation can make crypto more easily adopted – by more mainstream financial institutions and individuals – and can make crypto legitimised as an asset class under the eyes of the law.

While crypto has been built on the idea of decentralisation, major figures in the industry are looking to regulate – and by extension, put crypto on the road to centralisation.

Ten days ago, crypto exchange FTX CEO Sam Bankman-Fried was met with much controversy after voicing his visions for regulation within the crypto industry.  Previously, Bankman-Fried had received backlash from DeFi supporters from his crypto standards proposal – where he envisioned autonomous programs to mandatorily comply with US sanctions, and have crypto sites register as a broker-dealer.

a) we need regulatory oversight and customer protection

b) we need to ensure an open, free economy, where peer to peer transfers, code, validators, etc. are presumptively free

Fidelity Investments, a major traditional financial world player, sees that regulatory uncertainty is a barrier to adopting crypto for institutional investing. According to their 2022 Institutional Investor Digital Assets Study, 16% of investors surveyed said that the lack of regulational clarity is an obstacle to jumping into the world of crypto.

Amongst those surveyed, 81% saw that digital assets would have a role in investment portfolios, and 43% said that they would be interested in a Bitcoin ETF.

While there’s Bitcoin ETF offerings out there already, the institutional world is getting stopped by the US SEC for proposals for offering a Bitcoin spot ETF for its customers.

But according to Buterin, this is a good thing. “I’m actually kinda happy a lot of the ETFs are getting delayed,” he said. “The ecosystem needs time to mature before we get even more attention.”

Buterin adds that he envisions the crypto industry to develop two types of policy goals, one being user protection, and the other to stop illicit transactions, a problem Buterin notes as not being attributed to only DeFi, but also generally applies to large-scale crypto payments.

He then proposes on what DeFi can do on the frontend (providing a service/platform) to help build a firmer infrastructure for crypto, and voices his opinion on Know Your Customer (KYC) checks – saying that while it’s custom for institutions to implement KYC to prevent fraud, money laundering, and corruption, but in the end would not do much for security.

According to Buterin, “hackers write custom code to interact with contracts,” avoiding the usual KYC barriers entirely. In turn, Buterin says that platform users would be peeved off by KYC, while hackers are not affected against the security standard practice at all.

Regs on defi frontends that *could* be more helpful may include:

(i) limits on leverage
(ii) requiring transparency about what audits, FV or other security checks were done on contract code
(iii) usage gated by knowledge-based tests instead of plutocratic net-worth minimum rules

While Bankman-Fried is, the centralised crypto exchange (CEX) CEO expressed that he welcomes listening to Buterin’s decentralised point of view – saying writing that policymakers and regulators should  also hear from Buterin, writing that he is “*very* different from the average person in DC, but in a kinda refreshing way–calmly and thoughtfully saying what he thinks.” Bankman-Fried then responded to Buterin’s proposals for regulation, calling them “pretty reasonable.”

Buterin concludes his opinions on regulatory policy by openly asking whether he should tweet more on the matter. Many on Crypto Twitter have expressed positivity towards hearing more from the Ethereum co-founder – including a thumbs up emoji from Binance CEO Changpeng Zhao.

All Posts »
PrevPreviousInvestors Are Still Bullish on Crypto
NextWhat Can UCC Article 12 Do For Crypto?Next