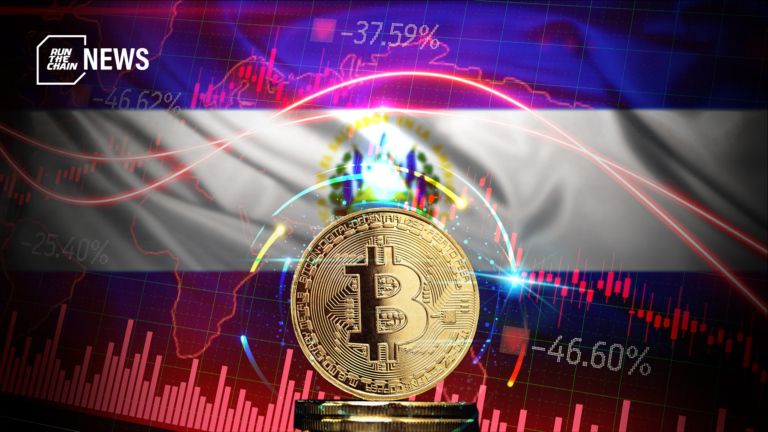 September 7, 2021 marked the celebration of El Salvador’s first “Bitcoin Day”, where the digital asset was formally recognised under El Salvadorian law as legal tender, alongside the US dollar.

However, in doing so, the South American nation placed a big bet in adopting bitcoin and purchasing it – and now, it seems, El Salvador is currently facing significant losses from its bitcoin buys, making the public uneasy about President Nayib Bukele’s decision.

A Short History of Bitcoin in El Salvador

According to the Bukele government, adopting bitcoin has attracted opportunities for investment, reduced bank commissions to zero, increased tourism as the world is recovering  from a pandemic, and has promoted financial inclusion for its citizens.

However, it has been reported that Chivo, El Salvador’s national Bitcoin wallet, has seen a significant drop in new users since its launch in September, 2021. According to President Bukele, Salvadorans will save $6 billion in global banking fees by using Chivo, thus boosting the economy.

According to economists at the National Bureau of Economic Research (NBER), 61% of users who have downloaded Chivo have abandoned the application after withdrawing the platform’s $30 sign-up incentive. On Chivo, only 20% user wallets remain active. In February 2021, a mere 1.6% of all remittances were sent in bitcoin to digital wallets, according to El Salvador’s national bank.

To add to grim outlook, the country’s heavy investment in Bitcoin over the last year does not appear to be paying off .

When El Salvador adopted Bitcoin as legal tender in the country, the value of the cryptocurrency was marked close to $47,000. Today, bitcoin is worth approximately $19,270, more than half the value that it was once before.

Although the amount of Bitcoin held by the Salvadoran government has not yet been revealed publicly, analysis of tweets from President Nayib Bukele and of bitcoin prices indicates that El Salvador’s bitcoin portfolio is down about 58%.

The calculations were made on the presumption that Bukele’s government holds 2,381 Bitcoin, and is based on the average purchase price of assets compared to current bitcoin prices. The Nayib Bukele Portfolio Tracker also estimates that his government had spent over $107 million on bitcoin, and lost more than $61 million, according to current Bitcoin prices.

In theory, adopting cryptocurrency in a largely unbanked country would be a success. However, according to the NBER report, “Bitcoin is not being widely used as a medium of exchange” because users “do not understand it, they do not trust it, it is not accepted by businesses, it is very volatile, and it involves high fees.”

In an attempt to get local businesses to trust in cryptocurrency, a law was implemented that requires all companies to accept crypto as payment. Only 20% of 1,800 respondents have reported that they accept crypto, according to NBER.

Despite El Salvador announcing plans to build an animal hospital with Bitcoin in October 2021, Bukele has no plans to sell any of the coins that the government is holding. And the Bukele government is also reluctant to reveal further plans in creating an investor haven dubbed “Bitcoin City” in hopes to further boost the country’s economy.

In late 2021, El Salvador’s President, Nayib Bukele, announced plans to develop and create a “Bitcoin City” to a vast audience of potential investors and visitors of a congress for cryptocurrency investors in Santa Maria Mizata, El Salvador.

The urban centre was planned to be circular in shape around the perimeter of the Conchagua volcano, with the intention to evoke the image of a coin. In creating Bitcoin City, Bukele cites cities built by Alexander the Great as inspiration for the project – with an added bonus of being fueled by cryptocurrency.

Promised to be a tax haven for the crypto industry, President Bukele told the audience that  “This is not just a nice idea. It’s the evolution of humankind.” With only a 13% value-added tax charged, where 6.5% of the funds collected to bonds for further city development, and the remaining 5.5% going towards public services.

However, José Miguel Cruz, the director of research at the Kimberly Green Latin American and Caribbean Centre at Florida International University says “El Salvador has the natural resources to generate that energy, but it does not have the infrastructure. We must remember that we are one of the poorest countries in the region.”

In November 2021, President Bukele had announced the ‘Bitcoin bond’ – also known as the ‘Volcano token’. The bond was a method in which the Bukele Government aimed to fundraise for the construction of Bitcoin City, and to raise one million dollars in return from investors.

The Bitcoin bond ended up with $1 billion from investors, with half to develop Bitcoin City’s infrastructure, and the other to purchase more bitcoin.

Recently, Paolo Ardoino, chief technology officer of Tether and Bitfinex, revealed that the Bitcoin bond will be delayed again until the end of this year. Ardoino added that the current delay in launch is also due to security concerns, as Salvadoran security forces are currently confronting gang violence within the country. Bitfinex was selected as the sole exchange provider for the Bitcoin bond project.

But the area surrounding the coastal volcano today remains untouched.

Winning back trust in Bitcoin

Mauricio Di Bartolomeo, co-founder of Ledn, a Canada-based crypto lending and savings company, saw a 678% increase in users in El Salvador over the past year. Although adoption of bitcoin and cryptocurrencies in El Salvador remain largely polarised, there still remains avenues to make President Bukele’s vision of a “Bitcoin Revolution” a reality.

The rollout of Chivo wallet came at a rather unfortunate time. As the crypto sector battles through a bear market that seems to never end, most Salvadorans have similarly not invested much in crypto due to the fear of volatility. But the crypto business in El Salvador has a promising outlook, with 59 cryptocurrency and blockchain companies registered offices in El Salvador.

It can be seen that El Salvador is intent on building a hub for financial services, especially for crypto, and is hoping to bring in more tech jobs. “I don’t see adoption as low. I see a country where everybody has a Bitcoin wallet and everybody knows what Bitcoin is,” says Simon Dixon, founder of crypto financial startup Bank to the Future, which is working on setting up operations in El Salvador.

In regards to the Bitcoin bond, Bitfinex has not yet received a licence of issuance from the Salvadoran government. The licence is expected to be granted later this month, after the approval of the digital securities bill.

Ardoino has stated that El Salvador’s digital securities bill is in its final draft, hoping that the law will obtain approval from Congress in the coming weeks,  “assuming that the country has enough stability for such legislation to pass.”

With the Salvadoran government intent on opening up a new market and growing it to investors seeking to help crypto adoption in the country, it unfortunately is missing a major mark – its own residents. This May, 71.1% responded that El Salvador’s bitcoin law did nothing to improve their  family finances, according to a poll by El Salvador’s Universidad Centroamericana Jose Simieon Canas.

“If you go to any market in El Salvador, you’re more likely to receive an insult than be able to purchase something in Bitcoin,” said Laura Andrade, director of the Universidad Centroamericana’s public opinion institute, which conducted the poll. “It’s not part of people’s daily routine,” adds Andrade.

While some critics insist that bitcoin was “a failed experiment” in El Salvador, others say that it has positively impacted the El Salvadoran economy and market, including costs of transactions.

Reports from the El Salvador Central Reserve Bank have sent more than $50 million in remittances from January to May 2022, through Chivo wallet. In addition, Chivo wallet payment has contributed to a 400% increase in Lightning Network transactions this year.

The tourism industry saw a boost, returning the country’s number of visits to levels comparable to before the pandemic. However, bitcoin usage is mostly seen in tourist hot spots on the Pacific coast – and are not using Chivo, rather, other privately developed wallets.

In order for Bitcoin to receive true success in El Salvador, adoption and policies should also cover the general public within the country, with initiatives and benefits beyond a one-time wallet use incentive.