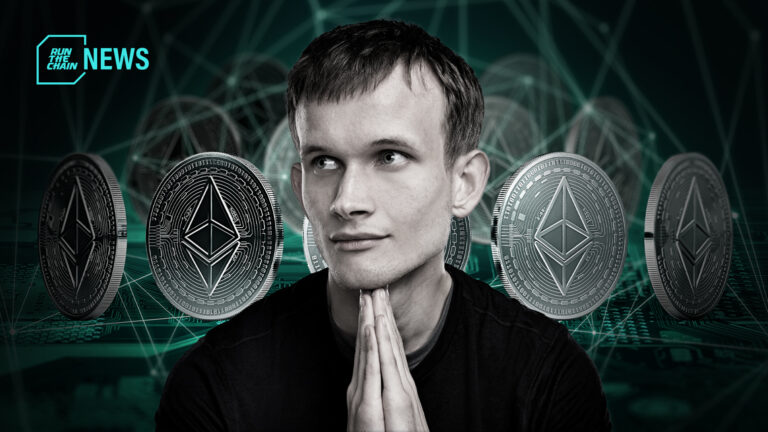 The Merge isn’t the final endgame for Ethereum. Vitalik Buterin has yet again updated the roadmap to build Ethereum, with the latest installment being the ‘Scourge’.

Amongst the updates, in addition to the addition of another stage of September’s Merge, another development stage has been added to the roadmap: the Scourge.

In the update announcement, Buterin emphasizes that the blue checked boxes in the diagram are “key milestones” for growing the Ethereum network, not completed steps.

The Scourge will be part of the current stage of updates that Ethereum is in. As the Merge has been completed, other stages such as the Surge, the Scourge, the Verge, the Purge, and the Splurge will be developed in parallel.

Anticipated to be completed next, the Surge aims to get the Ethereum network to be able to process at least 100,000 transactions per second, in order to help the blockchain network scale up.

MEV, or Maximum Extractable Value, is defined by the Ethereum Foundation as “the maximum value that can be extracted from block production in excess of the standard block reward and gas fees by

including, excluding, and changing the order of transactions in a block.”

Adding the Scourge will ensure that transactions are neutral, and therefore centralisation would be avoided.

The Scourge will also include further efforts to build the Ethereum network’s security by including PBS – Proposer Builder Separation – which is the idea that the responsibility for creating and proposing a block in a blockchain should be given to different entities so that MEV-related attacks can be avoided.

Ethereum users will also be able to enjoy “single-slot finality” when the network is ready, as part of the second stage of the highly-anticipated Merge. Single-slot finality is a concept that the Ethereum network can be engineered to take a mere “slot” to finalize a block – thus improving overall Ethereum transaction speeds.

Currently, it takes around 64 to 95 “slots”, a measurement of time in block creation, to finalize a block on the Ethereum blockchain. Single-slot finality will reduce the time to just 1 slot.

But before single-slot finality happens, the Ethereum Foundation says that a good enough algorithm has yet to be developed for validator use.

As Ethereum enjoys its new cred as a Proof-of-Stake network, the blockchain network and its contributors have high visions to create a stable, secure, and efficient development environment for blockchain applications.

Amongst these visions includes a “fully SNARKed Ethereum” – what Buterin calls an ‘endgame’. SNARK, or Succinct Non-Interactive Argument of Knowledge, is an encryption system that creates proof of possession of digital information (or assets), typically in the form of a ‘key’.

With SNARK, proof of ownership can be provided without revealing any sensitive information or metadata, including the identities of both the prover and verifier.

All Posts »
PrevPreviousHow To Get The Arbitrum Airdrop: The Complete Guide To Arbitrum Network
NextBank of Korea Wraps Up Testing NFT Trading and Remittances with CBDCNext