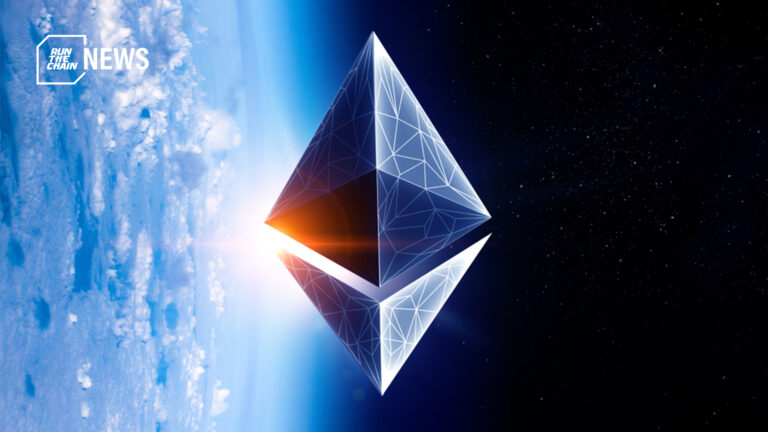 The Ethereum Merge is just on the horizon, and the entire crypto industry is about to change – forever.

According to Ethereum co-founder Vitalik Buterin, the Merge has been in the works for seven years. The Merge refers to the highly-anticipated upgrade of the Ethereum network which will merge Ethereum’s current proof-of-work (PoW) mainnet with the new proof-of-stake (PoS) beacon chain.

The Merge towards a full PoS-based consensus layer is slated to reduce Ethereum’s energy consumption by approximately 99.95%. Although prices of the currency are anticipated to change, it currently is unpredictable as to how the market will be influenced by this event.

Transitioning from Ethereum’s current state as a PoW blockchain to a PoS blockchain requires the merging of two blockchains: the “mainnet” – the main network, and a “testnet”, networks that are used for developing blockchain technology.

The journey towards a PoS-based ETH began with Phase 0 – the launch of the genesis block in Ethereum’s Beacon Chain in December 2020. The current PoW-based Mainnet will be replaced with the PoS-based Beacon Chain upon the merge. After three successful testnet merges – Sepolia, Ropsten, and Goerli, Ethereum developers are eager to launch the real  process of Beacon Chain merging.

As put by the Ethereum Foundation, the Merge is “one of the most significant and anticipated upgrades in the history of Ethereum,” and its long-term impact will be felt by everyone. It would not be an understatement to say that the Merge will change how people will approach and interact with cryptocurrency blockchains.

The Question of Mining

When cryptocurrencies started booming, a common counterargument for skeptics included the amount of energy consumed required to keep the cryptocurrency world running.

It has been famously reported that one transaction of the PoW currency Bitcoin can take 707 to 1,449 kilowatt-hours (kWh) to complete – the equivalent of roughly 50 days of powering an average household in the US. It is estimated that Bitcoin transactions use more than 11 times the power required to perform a transaction on the PoW version of Ethereum.

As only the fastest miner will reap the rewards of completing complex cryptography, efforts (and electricity) in the race for mining the next block on Bitcoin will only accumulate. As the chain progresses, equations will get more complex, and more mining competitors will join the race, resulting in inevitable further energy consumption.

Additionally, the White House has included recommendations to keep the crypto industry afloat and accountable for the US to reach its clean energy goals.

As Ethereum is moving towards a greener approach with PoS, the mining industry is anticipated to change drastically. Being a popular blockchain network that many layer-2 scaling solutions rely on, Ethereum’s move towards PoS will impact a lot of attitudes towards crypto and energy consumption – and has already polarised those who mine and those who don’t.

We’re already seeing a rift, with people hoping to keep with the PoW consensus system hoping that the Ethereum network will split into two – the new PoS chain, and a “legacy” PoW chain for those who want to continue mining ETH.

Unhappy ETH miners are worried about the potential loss of network security once PoS is introduced, and are anticipated to possibly switch to Bitcoin if the PoW-PoS network split does not happen.

Other advantages to the Merge include setting the stage for future scaling projects and upgrades of the mainnet, including “sharding” – the process in which an entire blockchain network is split into smaller, independent parts.

After a series of merge tests, switching to a PoS infrastructure will promote further development of blockchain technologies, appealing to Ethereum’s popularity as a network commonly used for tools and dApps.

Ethereum hopes that this move will set them apart from other PoS competitors, including Solana, Cardano, Avalanche, and Polkadot. Even though Ethereum does not promise that its network transaction costs would change, its rivals offering more affordable gas prices have a tough competitor entering the rings with promises of better network scalability.

The Image of Ethereum

The move towards PoS is Ethereum’s graceful exit from being associated with Bitcoin as part of the environmentally-unfriendly cryptocurrency mining industry.

Ethereum will continue to skyrocket in popularity with developers and those hoping to be part of the blockchain industry,  with Ethereum’s promises of increasing network capacity. However, generally speaking, those who aren’t so keen on crypto wouldn’t be converted quite easily.

While the Ethereum Merge is running its course, public opinion of Ethereum can be subject to change, regardless of its success or failure. Cryptocurrencies are currently under heat from regulatory forces, which can also equally impact the future of the industry as drastically as the Merge would.

Regardless of being an Ethereum user, loyalist, or hater, keeping an eye on the Merge will give an advantage to staying informed of the events to come.

All Posts »
PrevPreviousIt’s About Time we Separate Digital Art from NFTs
NextHow Should I Prepare for The Merge?Next