How Will the Ethereum Merge Reduce NFT Carbon Footprint? 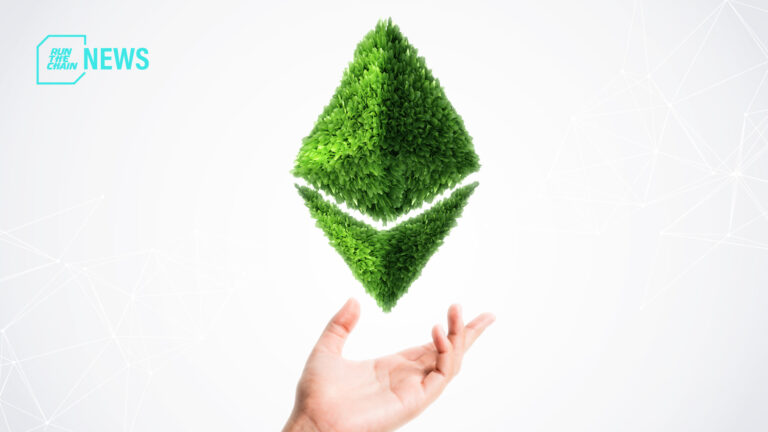 Currently, the Ethereum network is secured by a decentralised network of “miners,” who use powerful computers to compete to solve complex cryptographic puzzles, earning ETH cryptocurrency rewards by creating new blocks and validating transactions.

The transition to the Proof of Stake model will imply the permanent elimination of mining. Instead, high-value ETH holders will stake their coins on the network and will be incentivized to validate legitimate transactions.

The Ethereum Foundation claims that the change will immediately result in a 99.95% decrease in Ethereum energy consumption. According to Digiconomist, energy consumption will be reduced by 99.98%. True, these are estimates, but they correspond to examples of proof-of-stake networks that are already flourishing in the NFT and crypto worlds.

More broadly, Ethereum’s Merge should benefit the entire NFT ecosystem by effectively eliminating one of the most prominent—and arguably, most reasonable—arguments against using blockchain tokens to represent digital ownership of items such as artwork, avatars, collectibles, and interactive video game items.

While we cannot be sure that Ethereum miners will not be upset by the move and launch a forked version of Ethereum called the Ethereum PoW that still uses the Proof of Work consensus mechanism, creating duplicate versions of Ethereum’s NFTs.

However, sentiment among Ethereum NFT creators is overwhelmingly in favor of the merger and the proof-of-stake network. Although there may be some initial market activity surrounding the duplicated NFTs, few expect EthereumPoW to gain a significant, ongoing base of users and NFT collectors.

More broadly, Ethereum’s merger should benefit the entire NFT ecosystem by effectively eliminating one of the most prominent—and arguably, most reasonable—arguments against using blockchain tokens to represent digital ownership of items such as artwork, avatars, collectibles, and interactive video game items.

With Ethereum abandoning its prohibitively energy-intensive mining model, no significant NFT network will employ proof-of-work or a significantly similar model. Stacks, a network that rolls up transactions on its own energy-efficient blockchain and commits them to Bitcoin’s proof-of-work network, has NFTs, but it generates very little activity.

As the environment-killing argument loses footing, the outwardly hostile attitude (mainly driven by the prevalence of scams) towards NFT gaming projects and creators is likely to be alleviated.

Skeptics and supporters may continue to disagree on the value of NFTs and digital ownership, but the environmental issue was difficult for even die-hard Web3 supporters to defend. After years of anticipation, the Merge should virtually eliminate Ethereum’s significant energy requirements, removing one of the most significant barriers to NFT mainstream adoption.

All Posts »
PrevPreviousBank of America: Merge May Increase Institutional Adoption
NextCraig Wright Refuses to Give Cryptographic Proof of Being SatoshiNext