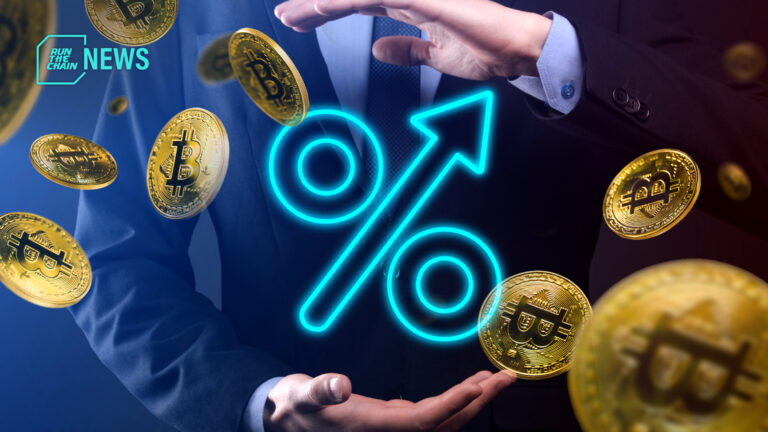 The Federal Reserve increased its interest rates by 75 basis points on Wednesday, marking the third consecutive time this year, forecasted a further 1.25 percentage points of tightening before year end and a gloomy outlook in the Bitcoin market.

The Fed officials started raising rates from near zero (which had stayed that way for more than two years) around six months ago. The officials lifted the target range for their benchmark rate to 3% to 3.25%.

Chair Jerome Powell told reporters that the Fed is committed to bringing down inflation rates back to 2%. But officials still don’t see inflation easing to their 2% target possible until 2025 amid a new rate-hike path.

Federal Reserve officials gave their clearest signal yet that they’re willing to tolerate a recession as the necessary trade-off for regaining control of inflation.

Traders are betting that the federal funds rate will exceed 4.25% before central banks hit the brakes on the campaign.

According to a statement by the Federal Open Market Committee (FOMC), “Recent indicators point to modest growth in spending and production. Job gains have been robust in recent months, and the unemployment rate has remained low.”

The pessimism came after the release of the August Consumer Price Index (CPI), which showed that inflation rose 0.6% from the month before. Bloomberg chief US economist Anna Wong predicted that further raising rates to 4.5% would cost about 1.7 million jobs, and 5% would mean 2 million fewer jobs.

A number of economists have made changes to the forecasts for where Fed rates would peak. Bank of America Corp sees the new horizon at 4.75% to 5%. Stephen Stanly, chief economist at Amherst Pierpont Securities increased his terminal rate outlook to 5.25%

Crypto markets were volatile in the wake of the Federal Reserve’s decision. As of the time of writing, the price of Bitcoin has decreased by more than 1.55% within 24 hours just below 19,000. Bitcoin traded above $22,000 last week.

“This is yet another reminder that crypto moves at the whims of the Fed,” said Riyad Carey, a research analyst at crypto data firm Kaiko. “We saw this just last week when there was a sharper price reaction to the CPI release than to the Merge. I don’t foresee crypto, especially BTC and ETH, bucking the Fed’s influence any time soon.”