Five reasons why Turkey is a crypto hotspot 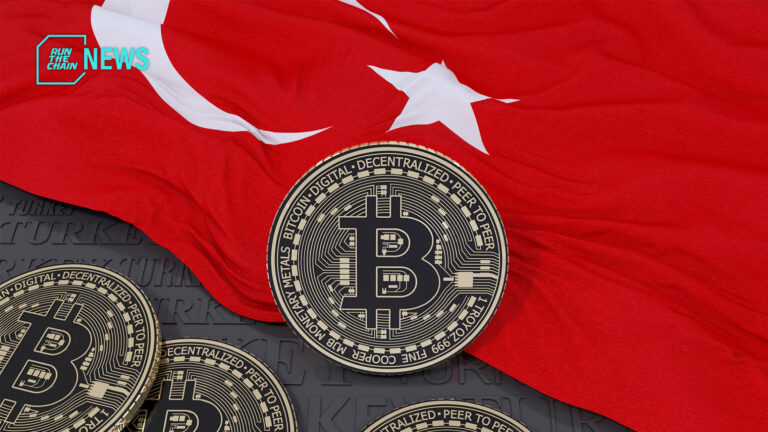 Despite having a relatively terrible year, crypto in Turkey is still seen as a representation of freedom from inflation, national currency, and constraints from the typical 9-5.

As 2022 marked enormous price drops and a bunch of crypto project failures, not to mention multiple insolvencies, crypto is proving not to be a haven for investment. However, crypto serves a very different purpose in Turkey: rather than a product for investment, it’s a necessity for life.

Crypto fever in Turkey’s capital Istanbul is far from slowing down. According to a 2022 research report from the Turkish crypto exchange Paribu (amongst the largest Turkey-based exchanges), at least 8 million people in Turkey have invested in the alternate economy. Shops and small businesses around the Grand Bazaar welcome the exchange of fiat for bitcoin (BTC), or tether (USDT). The Istanbul airport greets passengers upon landing with crypto advertisements.

Last week, President Recep Tayyip Erdoğan welcomed crypto as he highlighted the benefits of blockchain technology, while cautioning people to stay away from gambling with cryptocurrency. However, President Erdoğan has his sights set for the nation to become a producer –  not a consumer – in the world of crypto and digital assets.

But what’s behind all the crypto hype in Turkey?

1) The problem with the lira

Turkey has suffered immense inflation rates – with its rate going over 83%, a 24-year high.

As some researchers say that the Turkish lira’s inflation rate is significantly higher, the currency also reached record lows against the US dollar, as Turkey’s central bank decided to cut interest rates.

While the Turkish government is pointing its economical woes to attacks by “foreign financial tools”, critics note that the Turkish lira is in fact, more volatile than bitcoin. Rent in Turkey jumps 5 times each consecutive year, and prices for food and amenities routinely increase. Thus, it’s easy to see a point where a country’s people would not trust in its own currency.

“Many don’t believe in the power of the Turkish lira, so they are looking for investment opportunities to keep the value of their money,” said Çağla Gül Şenkardeş, founder of Istanbul Blockchain Women.

“Since we are a culture that is quite used to investment alternatives like U.S. dollars or gold, it wasn’t hard for Turkish people to trust another alternative, which is crypto,” adds Şenkardeş.

2) A better option for accumulating wealth

Being a country and culture already so entrenched in economic risks, wealth accumulation seems relatively impossible. As the lira is weak, Turks don’t have many options for investment for the future.

Tansel Kaya, CEO of Mindstone Blockchain Labs says that traditional finance requires too many time-consuming processes, such as an intermediary to buy stocks. According to Kaya, Turkish investors are usually locked in with purchasing at IPO prices, and are often too late to market reaction.

However, the introduction of crypto provides a more reliable solution for those looking to build a portfolio, especially with younger folk, or those who are eager to get into investing.

​​“Tokens are not a stock, but they still make you part of the project’s success. With crypto, I can get into a seed round, private round or the public initial coin offering,” he says.

When inflation comes, salaries don’t usually rise after it. This results in earners not having enough purchasing power, that is, enough money to participate in the economy.

In Turkey, those working in multinational companies are expected to have higher salaries, however, some crypto users in Turkey beg to differ. A former Apple employee who preferred to remain anonymous left the tech giant to pursue crypto due to the devaluation of the lira. As salaries were not enough to make means – or offset the lira’s plunge in value, Turkish employees aren’t as economically empowered as they should be.

According to the former Apple employee, working in crypto was a more attractive option. “For similar job positions in crypto companies, job benefits and perks were getting better and better. I realised that when I met a friend in a crypto exchange and was offered a job,” the person said. Earning a salary in a different currency like the dollar or in stablecoins such as USDT, USDC or DAI “became a life-saving case for many people.”

But beyond financial security, the former Apple employee emphasised that crypto’s core values are what drew them in. “My main motivation has not been just money but to be free in expressing my thoughts and not have the pressure of corporate structures.”

4) A gateway to the world

Due to economic hardships, young people in Turkey are often keen to leave Turkey in order to start a life in a better place. But for those who are not able to leave their homeland, crypto is a gateway to working with the rest of the world, with better pay.

“The good thing about working in Web3 is that you can get out of the country without getting out of the country,” Tansel Kaya of Mindstone Blockchain Labs said. “Your work is online. I can get projects in the U.S. I can work with freelancers from Serbia and pay them in crypto. If I want to send money over the banking system during the holidays, I have to wait. With crypto, I just click a button and the money is paid.”

Levent Cem Aydan, the Turkish-born founder of the blockchain gaming incubator Seedify, says that it can be hard for startups to raise big money from Turkish VCs, and raising money abroad also isn’t easy.

Visa issues or the sheer cost of travel can make it difficult for Turkish crypto startups to visit Silicon Valley, or other notable crypto hubs around the world.

However, Web3 projects, according to Aydan, are capable of raising funds through initial DEX offerings (IDO) through decentralised crypto exchanges, or through using NFTs – all without the need to spend more money on travel expenses.

“If I want to grow a successful project and I want to go global, the best way is to become a blockchain entrepreneur,” he said.

5) Regulation? Not a problem (yet)

While countries around the world have banned fundraising through initial coin offerings (ICO), Turkish crypto users still have the benefit of doing so.

Although Turkey’s central bank had banned crypto as a form of payment last year (probably due to the lira’s decline), the Turkish government still has yet to take further action in implementing more regulatory measures for digital assets.

But why? A theory has been around Turkish crypto circles where the Turkish government hasn’t yet cracked down on coins and tokens due to the fact that it is a lifeblood for a good percentage of Turkish citizens.

The Turkish government was disrupted by a grassroots movement in passing a crypto regulation bill last year, thus keeping Turkish policymakers on watch for angering those who aren’t so empowered by the nation’s economy. The controversial bill aimed to restrict international exchanges operating in Turkey, in addition to banning the use of self-custody wallets.

If a political party were to restrict crypto use, it would also mean alienation of a vast majority of Turkish citizens. As another presidential election is on the horizon, the ruling party is eager for re-election – and would not take any risks to lose potentially millions of voters who are also crypto users.

A symbol of freedom

Turkey’s socio-political climate has a reputation for being hostile, with it being ranked 103 out of  167 countries on the 2021 Economist Intelligence Unit’s democracy index.

This point has been proven true – just this month, Turkey’s parliament passed a law that outlaws the spread of alleged disinformation, alarming free-speech advocates. The law not only criminalises the act, but also forces social media platforms to hand in users’ personal information.

With journalist associations and rights groups saying that the law would make it easier for the Turkish government to jail all walks of society for any evidence of being critical of the government, it’s easy to see the Turkish sentiment that crypto is a beacon of hope for a whole generation of users.

“Crypto is basically a saviour for many individuals here both from a financial perspective, and also from a mental perspective,” said Istanbul-based Vidal Arditi, founder of Layka DAO and Lunapark Web3 Hub.