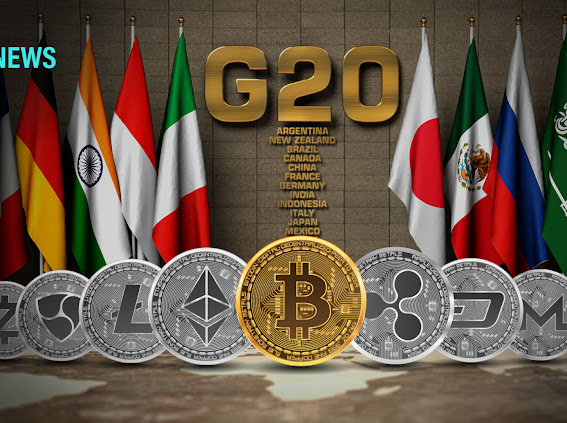 International leaders continue to work on coordinating cross-border crypto regulation with a framework intended to increase international transparency in crypto.

On Monday, the Organisation for Economic Co-operation and Development (OECD) submitted a framework for regulating crypto to the G20 – a group of twenty participating member countries consisting of China, India, South Korea, Brazil, the U.S., the United Kingdom, including the European Union, as a few of the group.

A year ago, in April 2021, the G20 assigned the OECD to develop a method to automate cryptocurrency tax reporting between national borders.

The 100-page Crypto-Asset Reporting Framework (CARF) will be reviewed by G20 Finance Ministers and Central Bank Governors this Wednesday and Thursday in Washington, D.C.

Suggested amendments to the group’s Common Reporting Standard (CRS) will also be reviewed by the group.

The OECD refers to the CARF as a “transparency initiative” for crypto, and defines what “crypto assets” and non-fungible tokens (NFTs) are in the eyes of the law. The CARF also outlines plans for automatic international crypto tax reporting, and provisions for crypto derivatives trading.

These proposed amendments also include adding and defining Central Bank Digital Currencies (CBDCs) in the eyes of the intergovernmental forum.

According to a statement by OECD, cryptocurrencies are not covered by the CRS, therefore having the need to establish such a framework. In its creation, the CRS was designed to prevent international tax evasion.

Arguing that crypto is not covered by current standards for tax reporting, the OECD said that there is a “likelihood of their use for tax evasion while undermining the progress made in tax transparency through the adoption of the CRS.”

The proposed framework and amended CRS marks what may be considered the end of an unregulated ‘wild west’ of cryptocurrency, and the beginning of a new set of international regulations to a new economy.

As global leaders are recognizing crypto as a trillion-dollar industry, regulatory forces have been stepping in to prevent bad actors from taking advantage of crypto being permissionless and often pseudonymous. In order to prevent illicit activities such as the evasion of sanctions, taxes, governments around the world have been cracking down on the emerging economic sector.

Some public crypto moguls may be dramatically affected by these plans from the G20 and OECD – notably Terra’s Do Kwon, who has been on the run since the Terra ecosystem’s collapse, placing him on Interpol’s red notice list, and MicroStrategy’s Michael Saylor, who is currently being sued for tax fraud by the D.C. attorney general.