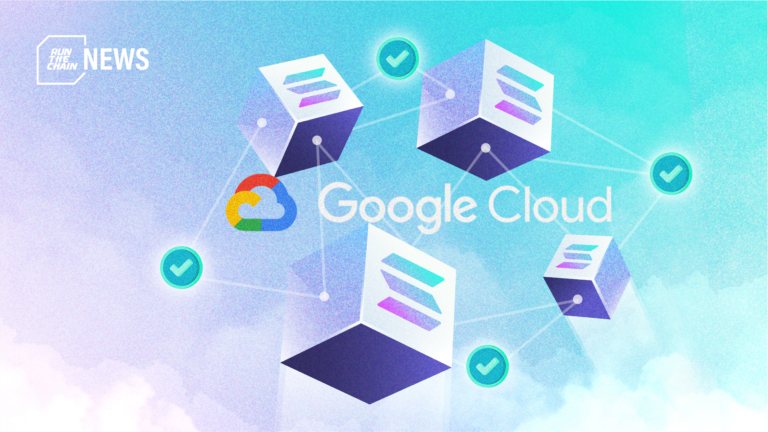 Google Cloud now runs a validator on the Solana blockchain, and is eager to welcome Solana developers and node runners on board to build on the cloud computing service.

This past Saturday, Google’s cloud computing services division Google Cloud announced in a tweet that it is now running a “block-producing” Solana validator that participates in validating the network.

Now that we got your attention… check this out: Google Cloud is running a block-producing @solana validator to participate in and validate the network.

Amongst the announcements, Google’s Cloud also revealed that it is planning to launch its Blockchain Node Engine to the Solana chain in 2023.

When breaking the news at Solana’s Breakpoint conference in Lisbon, Portugal, Google Web3 product manager Nalin Mittal says “[Google wants] to make it one-click to run a Solana node in a cost-effective way.”

Amongst the announcements, Google also revealed that it is indexing Solana data and adding information from the data to its BigQuery data warehouse. BigQuery is Google Cloud’s enterprise multi cloud data warehouse that lets users analyse and compare data available on the service.

Intended to “make it easier for the Solana developer ecosystem to access historical data,” Mittal says that the feature will launch within the first quarter of 2023.

Google’s contributions-to-be received a warm welcome from Solana founder Anatoly Yakovenko, who, on-stage at Breakpoint, said that adding Solana to BigQuery is a “pretty big lift from Google.”

At Breakpoint, Yakovenko specifically pointed out that welcoming Google can help with “hard engineering problems,” such as building better Software Development Kits (SDKs) to help speed up application development, and to address “unsolved problem[s]” such as storing seed phrases.

“There’s been a bunch of research done on effectively storing secrets in a way that Google doesn’t even know the secrets, and you have partial recovery of the keys between the user and a service provider like Google that can verify your identity,” he said.

This September, Google’s head of strategy, Web3, and cloud Richard Widmann had openly expressed his vision where Google can “build a giant bridge” between Web3 companies and the blockchain by offering node provision services via Google Cloud.

In building this ‘giant bridge’, Widmann sees that Google Cloud provision is a ‘layer zero’ network. “Layer zero” is a catch-all term that refers to a network framework that is the architecture for any blockchain network – composed of protocols, connections, hardware, miners, and other components that make a blockchain ecosystem work.

All Posts »
PrevPreviousMidterm Election May Determine the Fate of Crypto
NextHow To Get The Arbitrum Airdrop: The Complete Guide To Arbitrum NetworkNext