Is Google Set to Become the Backbone of Web3? 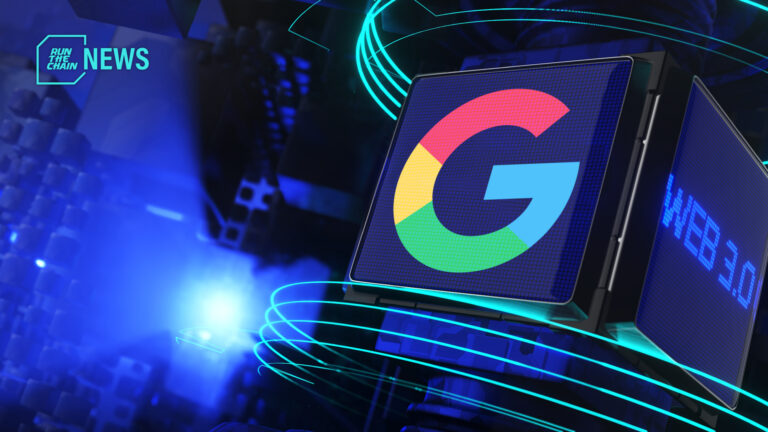 Google’s head of strategy, Web3, and cloud Richard Widmann sees that the company has the same ideological aims to crypto’s core values – including open-source development and decentralisation.

Prior to working on Google’s expansion to Web3 and crypto, Widmann first worked as legal  counsel for the Web2 giant, and has a background in securities law.

In his role to bring Google from Web2 to Web3, Widmann states that he’s working to “build a giant bridge” between Web3 companies and the blockchain by offerings such as node services via Google Cloud. Nodes run code for crypto networks, and are seen as the backbone for the infrastructure of Web3.

“The Cloud provision—we’re a layer zero,” Widmann said. As each node is integral to Web3 architecture, they have to be decentralised and global enough to withstand internet and power outages, in addition to political unrest. As Google has enough of a global presence, Widmann sees that Google can do the work to help provide nodes.

But if a powerful tech giant like Google or Amazon ends up controlling the majority of blockchain nodes, it would be against crypto’s original ideologies. “If everything is running on Google, I will be the first to say that is a problem, frankly,” Widmann said of Web3’s future.

Decentralisation has become the point of separation between Web2 and Web3 – and Widmann sees that it is an essential part of Google’s Web3 Strategy.

However, Widmann sees that not everything necessarily needs to be as decentralised as possible.

“If you tried to build a data centre with a group of DAO participants—I’m sure you could raise the capital, but I don’t really know if you could coordinate around that kind of resourcing to build that,” he said.

Widmann also believes that not everything should be on the blockchain.

“There are some things where a censorship resistant, distributed source of truth makes sense,” Widmann said, but added that “there are [also] a lot of things that don’t require immutable ledgers.”

As Google Cloud is chain-agnostic, Widmann wants layer one protocols to build on top of Google Cloud’s offerings, and potentially compete against each other – or create a whole ecosystem of different niches.

Widmann has differentiated Google and Avalanche by saying that the latter is a layer one blockchain – not being a layer zero for crypto. “Layer zero” is a catch-all term that refers to a network framework that is the architecture for any blockchain network – composed of protocols, connections, hardware, miners, and other components that make a blockchain ecosystem work.

Widmann however acknowledges that this label is a “rhetorical issue.”

Widmann insists that protocols like Avalanche “try and set themselves as that foundational layer” but states that in reality, “it’s all running on top of a compute container hosted somewhere.”

Arguing that Avalanche “doesn’t have a cloud business”, and that “they run on data centres, just like every other layer one,” Widmann states “that’s where the cloud providers come in” to aide the crypto ecosystem.