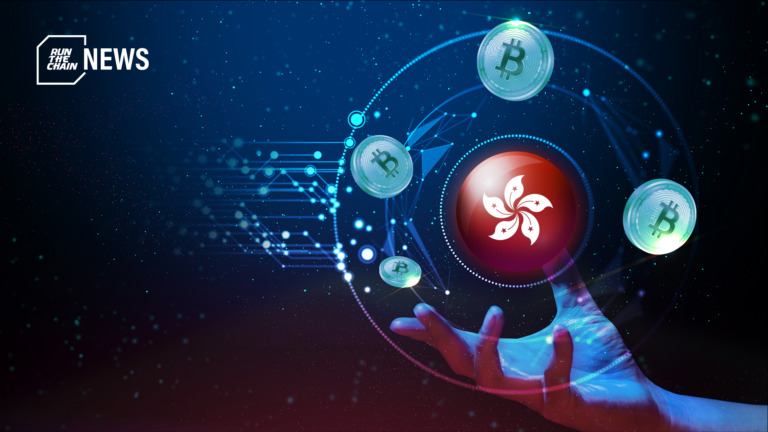 The city’s regulator announced on Monday at Hong Kong FinTech Week that it is about to usher in a new era for crypto, post-voluntary licensing regime.

While Hong Kong’s regulators declared their ambitions to make the city a digital asset hub through further retail investor opportunities, they missed the memo that Hong Kong was already a hub.

The Securities and Futures Commission (SFC), had already imposed a voluntary crypto licensing regime on crypto exchanges based in Hong Kong since 2018.

Amongst the rules, exchanges based in Hong Kong were to only service investors with at least HK$8 million (USD$1 million). The SFC then started to closely monitor crypto activities, deterring more crypto business to continue in the city.

Since then, major exchanges, such as Bitmex, jumped ship and moved to friendlier jurisdictions for crypto, such as the Bahamas, and Singapore.

This Monday, upon the opening of Hong Kong FinTech week, Hong Kong’s financial regulator announced that the government will hold consultations to let retail investors invest on licensed and approved platforms, and is in the middle of exploring options for virtual asset futures exchange-traded funds (ETFs).

The goal of this plan? To transform the city into a crypto hub, after implementing further regulatory measures to encourage businesses and talent to set up shop in Hong Kong.

Set to come into effect on 1 March 2023, a new, mandatory licensing regime will be implemented on crypto exchanges, or virtual asset service providers (VASP), operating in Hong Kong.

The VASP licensing requirement is a set of regulations that determine whether a crypto business, or virtual asset business, can be licensed to legally operate in Hong Kong, and is built upon an earlier voluntary one from 2018.

The new licensing regime for VASPs was created in order to follow changes in the Anti-Money Laundering and Counter-Terrorist Financing Ordinance (Cap. 615) (the AMLO), which was amended on 6 July 2022.

Upon enactment of the regime, VA exchanges operating in Hong Kong are given a 9-month grace period to submit applications for a VASP licence, or else they cannot operate in the territory.

However, these requirements for a licence have met mixed opinions upon announcement.

What are people saying?

The SFC intended the VASP regime to protect investors.

When the 2023 VASP takes effect, everyone has to follow suit to obtain a VASP licence. Exchanges have to be licensed, or they cannot operate in Hong Kong.

However, market players see that in the future, there will be high operating costs, as exchanges will soon require users to insure their assets, and have a majority of their assets in cold wallets.

According to BC Group Executive Director Gary Tiu, Hong Kong has already crafted “a very detailed set” of regulations for licensed crypto companies to follow, referring to the 2018 regime.

According to Tiu, it took the group’s digital platform business OSL more than two years to obtain its licences from the SFC so it can start dealing in securities and providing automated trading services.

Tiu notes that Hong Kong can be seen as less crypto-friendly than its financial hub rival Singapore, but its strict regulatory measures can be a source of appeal for non-Hong Kong institutional investors, highlighting that it “provides […] the right level of protection that they don’t see in other places.”

Now, the SFC is open to reconsider revising the VASP regime, including definitions and designations under it, and bringing back retail investors can help strengthen Hong Kong’s status as a crypto hub.

As the SFC is excluding a whole group of investors, “these retail investors will invest through unregulated service providers outside of Hong Kong,” says Michael Wong, partner at law firm Dechert. “If you regulate it at least you have some control.”

Wong also says that amending the VASP regime to include suitability requirements can be an appealing regulatory measure, increasing Hong Kong’s competitiveness in the crypto sector.

Suitability requirements require investors to fill out questionnaires to prove that they understand the risk profiles of any asset they’re buying.

If implemented, SFC-licensed trading platforms can also have the chance to win the hearts of retail investors by operating hotlines to assist retail investors – in the case any investment platform is acting without good faith.

As of now, crypto exchanges in Hong Kong are waiting on the word for application guidelines for a VASP licence.

As part of the process, exchanges are required to have two responsible officers to ensure compliance with rules and regulations.

The rules, taking the form of legislative amendments, are made to keep up with Financial Action Task Force (FATF) requirements – including measures that fulfil anti-money laundering requirements, and counter-terrorist financing requirements (AML/CTF), that were revised in a AMLO bill amended earlier this year.

As it is, the SFC is seemingly intending for crypto to run at a similar pace of regulation to that of traditional finance – and sees it as an opportunity for global investors to get into crypto investment in Hong Kong.

However, legislators are in the process of still deciding what to include for regulatory guidelines for VASPs –  and how broad it is going to be.

If the regime does relax, it will likely be gradual. “The regulator has said they will monitor the first-stage licence holders and consider further changes,” says Asia Crypto Alliance co-founder Viven Khoo. “If they have no intention to do so, generally they will not say so.”