How Does Ethereum Work? 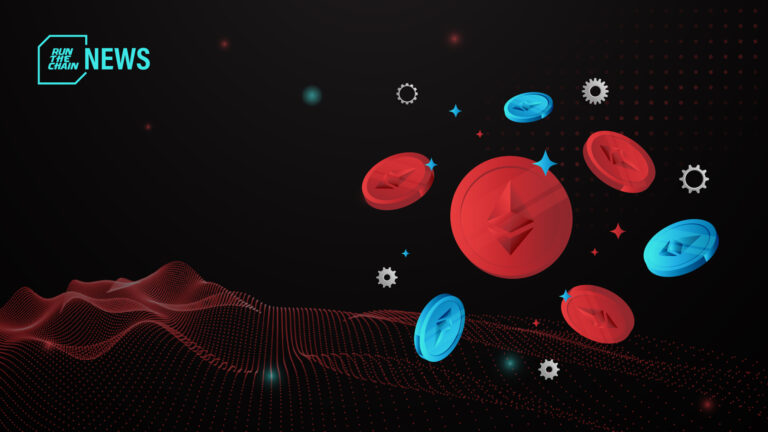 Now that you’ve learned about Ethereum, the next question is: How then does Ethereum work? Today we’re going to look under the hood of the Ethereum Network and examine a few of the technologies that make it possible.

These technologies allow developers to deploy smart contracts, creating more complex ways to move capital around the blockchain. This has given rise to DEXes, DeFi, and many NFT projects.

Ethereum is based on a distributed public ledger that verifies and stores all transactions on the network. The Ethereum Network contains over 300,000 different nodes. Each one of which is hard at work verifying the over 1 million transactions that occur every day.

Every single node can verify every single transaction. If there are any discrepancies between nodes, the ledger with the most votes from across the network is the legitimate one.

This prevents malicious actors from creating their version of the ledger that attributes them to an unfair amount of funds.

We will go into more detail about what a distributed public ledger is in our “What Is Blockchain?” lesson.

In the last lesson, you learned a little about proof-of-work and proof-of-stake. Now we’ll explain precisely why these mechanisms are necessary.

One potential problem with verifying transactions through a voting process is that users could potentially set up many cheap nodes, seeing a small party gain a large proportion of the voting rights.

This would be a significant problem as this party could add ineligible transactions to the ledger and send funds to their account.

The solution to weigh each node’s vote according to the amount of computational power they contribute to the system. Each node must solve complex cryptographic puzzles. The shorter it takes to solve the puzzles, the more weight that node’s vote carries.

It costs money to run a machine that will solve these problems, making it too costly to hold a controlling voting stake on the network. Owners of nodes are compensated through newly minted Ether, Ethereum’s native token, that is added to their accounts.

This year, however, Ethereum is undergoing a massive overhaul that will see it change from proof-of-work to proof-of-stake. This means that votes will be weighted based on the amount of Ether staked on the node.

Removing the need to perform complex computation problems will dramatically decrease the energy output of the Ethereum network.

Apart from the upcoming transition to proof-of-stake, Ethereum shares all other features with blockchain. It is the Ethereum Network’s programmability that has made it the most used cryptocurrency.

Each node on the network can also perform computational calculations as developers ask. This allows developers to create smart contracts that provide more complex processes for users’ money.

For example, AAVE is an open-source, decentralized lending protocol built on the Ethereum platform. Users can borrow many different cryptocurrencies from a smart contract supplied with funds by other users by locking in collateral in the form of another currency.

Users who have contributed to the pool will earn a return from interest paid out. This system is entirely trustless. If the loan is not returned, the collateral is released to the lender.

This is just one example, though. Through its programmable nature, Ethereum has facilitated the rise of a completely decentralized ecosystem offering hundreds of different financial services and consisting of thousands of different protocols.

One constant issue with Ethereum is that fees regularly run into hundreds of dollars. Because every validator needs to verify each transaction, there is a massive cost every time users exchange currencies on the network.

This has given rise to layer-2 settlement protocols. These protocols will settle many different transactions themselves and then send the transactions as a bundle to the Main Ethereum Network.

This can dramatically decrease the time and cost of each transaction, paving the way for the Ethereum Network to become much more accessible to smaller crypto holders.

Many of these layer-2 protocols, sometimes called roll-ups, are on Ethereum, but the most popular include Polygon, Cartesi, and Arbitrum.

Ethereum is the second biggest chain in the crypto sphere based on its market cap, but it is by far the biggest based on the amount of capital transferred to it daily.

Ethereum is a far more flexible tool for developers than Bitcoin. This has led to many investors espousing its potential to integrate with NFTs, the metaverse, and other massive shifts leading us towards Web3.0.