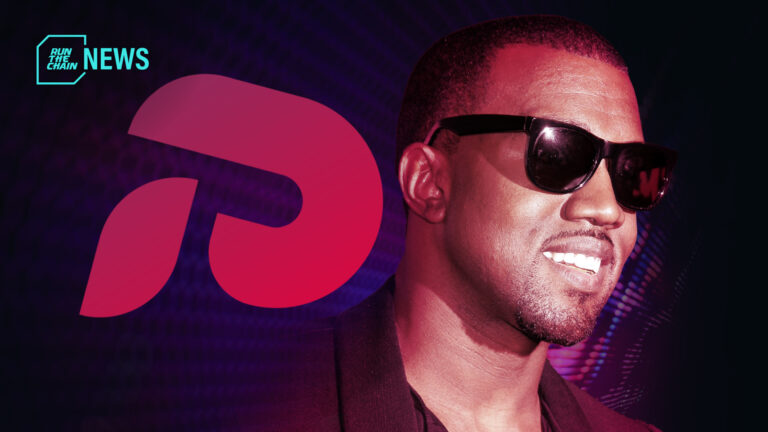 The social media network Parler tweeted that Kanye West, who supported the former US President Donald Trump, will acquire the Parler platform, stating that “the acquisition ensures Parler a future role in creating an uncancelable ecosystem where all voices are welcome.”

Parlement Technologies is pleased to announce that it has entered into an agreement in principle for Ye, formerly known as Kanye West, to acquire the Parler platform. The acquisition ensures Parler a future role in creating an uncancelable ecosystem where all voices are welcome. pic.twitter.com/KXdhV71prl

Nicknamed “Ye” by netizens, the artist-producer-designer has praised Bitcoin and cryptocurrency as early as October 2020 – on a guest appearance on the podcast The Joe Rogan Experience. “The bitcoin guys have a perspective on what the true liberation of America and humanity will be,” he said.

Recently, an image of West wearing a hat with “Satoshi Nakamoto” – the pseudonym of the creator Bitcoin, has been circulating Twitter. The picture was reportedly taken after being kicked out of his JP Morgan bank account.

Ye West (Kanye) wearing a Satoshi Nakamoto hat after being kicked out of his bank account by JPMorgan. #Bitcoin pic.twitter.com/oj2XTiQ1bC

Over the years, West has gained a reputation for being a source of entertainment for onlookers active on Twitter and Instagram. Just this month, both of West’s Twitter and Instagram accounts were suspended for making “antisemitic comments” – something that he would not have to worry about on Parler.

“This deal will change the world, and change the way the world thinks about free speech. Ye is making a groundbreaking move into the free speech media space and will never have to fear being removed from social media again,” says Parler CEO George Farmer.

“Once again, Ye proves that he is one step ahead of the legacy media narrative,” Farmer continued. “Parlement will be honored to help him achieve his goals.”

Parler says that they expect to close the agreement during the fourth quarter of 2022, with ongoing technical support from Parler’s parent company, Parlement Technologies.

The right-wing social media platform was launched in September 2018, and was marketing itself as an alternative version of Twitter that allows “free speech”.

Parler had gained scrutiny over time – being removed from Apple’s App Store and Google Play after January 6 2021’s US Capitol attack, as political activists used “alt-tech” platforms like Parler to make calls for violence against US congress, former Vice President Mike Pence, and the police. Parler was also removed from Amazon Web Services (AWS) for its “lack of policing of questionable and violent content.”

After the Capitol attack, Parler resumed service on February 15, 2021 – adding content filters to address concerns of violence. Parler re-debuted on the Apple App store on May 17, 2021, and Google Play on September 2, 2022.