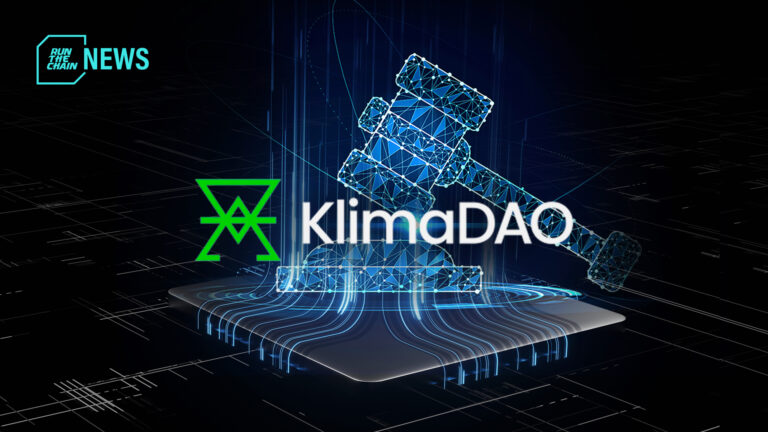 KlimaDAO has announced that it has partnered with Tusk Strategies to work on a legal framework for DAOs in the Lummis-Gillibrand Responsible Financial Innovation Act.

According to KlimaDAO, the DAO has been in conversation with members from the offices of Senators Cynthia Lummis (R-WY) and Kirstin Gillibrand (D-NY) since May.

The Lummis-Gillibrand Responsible Financial Innovation Act was introduced to the U.S. Senate this past June and was published on Github for community input and comments. The proposed bill aims to clarify how digital assets should be taxed and how they should undergo regulation by different government agencies.

“To date, the Lummis-Gillibrand bill is the most substantial and comprehensive bipartisan effort to provide certainty and clarity to the growing digital asset and blockchain industries,” reads the bill’s official website.

The bill will address regulatory clarity for agencies charged with supervising digital assets and aims to introduce the integration of digital assets in the US. tax and banking laws, and a “strong, tailored” regulatory framework for stablecoins.

“It is critical to integrate digital assets into existing law and to harness the efficiency and transparency of this asset class while addressing risk. My home state of Wyoming has gone to great lengths to lead the nation in digital asset regulation, and I want to bring that success to the federal level,” said Senator Lummis.

While the crypto industry continues to grow, the bill has been introduced in the middle of debates regarding the regulation of cryptocurrencies. “it is critical that Congress carefully crafts legislation that promotes innovation while protecting the consumer against bad actors,” adds Senator Lummis.

“It is critical that the United States plays a leading role in developing policy to regulate new financial products while encouraging innovation and protecting consumers,” said Senator Gillibrand. According to Senator Gillibrand, the bill will “provide clarity to both industry and regulators, while also maintaining the flexibility to account for the ongoing evolution of the digital assets market” by defining “appropriate jurisdictional boundaries” and “protecting consumers”  as the main interests.

The bill also defines terms that have not yet been established by lawmakers, including what virtual currencies are, and DAOs.

How is KlimaDAO getting involved?

Decentralised autonomous organizations, or DAOs, are communities revolving around the blockchain in which members make administrative decisions by voting with governance tokens. As members are not part of a hierarchical system, DAOs are designed with the intent to further the democratization of traditional management structures.

KlimaDAO has been recognised as a DAO that aims to address the issue of climate change within the blockchain industry. Running on the Polygon network, KlimaDAO’s native currency,  KLIMA, is a “digital currency backed by real carbon assets.”

“We are honored to have the chance to work with Senators Gillibrand, Lummis, and their staff in helping to shape such an important project,” wrote KlimaDAO. With the bill, KlimaDAO hopes that its efforts in financial activism will be legitimized in offering carbon-backed tokens that can be used to offset emissions.

Sam Emmes, from KlimaDAO’s strategic partnerships team, revealed that the DAO is receiving help from lobbying firm Tusk Strategies to have their inputs received in the lawmaking process.

Tusk Strategies is owned by Bradley Tusk, a political strategist and venture capitalist. According to Tusk’s website, the firm has a record of “represented and invested in companies at the vanguard of digital currency.”

This past June, Polygon announced that it had achieved carbon neutrality by retiring $400,000 worth of carbon credits with KlimaDAO. The platform has claimed that it has offset 104,794 tonnes of greenhouse gas emissions – which are “the entirety of the network’s CO2 debt since inception.”

Defining DAOs in the eyes of the law

The proposed legislation containing new legal terminology to refer to the crypto sector would be effective in 2023.

In the Lummis-Gillibrand Responsible Financial Innovation Act’s GitHub page, the bill refers to cryptocurrency as a whole under the term ‘digital asset.’ The definitions also are made to be in accordance with existing legislation, including the Commodity Exchange Act and the Commodity Futures Modernization Act of 2000.

The Act refers to DAOs as ‘classified business entities,’ appending the Internal Revenue Code of 1986. In addition, DAOs are defined as organizations that use smart contracts.

These computer protocols  function automatically in order to bring collective action for a business, commercial, charitable, or similar entity into effect or operation. The definition also states that DAOs operate under a form of governance that is made “primarily on a distributed basis,” where  DAO members make community decisions by interacting with a protocol’s public ledger.

In this new definition under law, activities under DAOs would not count as a form of business activity, and would be tax exempt. These actions include raising funds for the purpose of charity, and the staking and/or mining of digital assets.