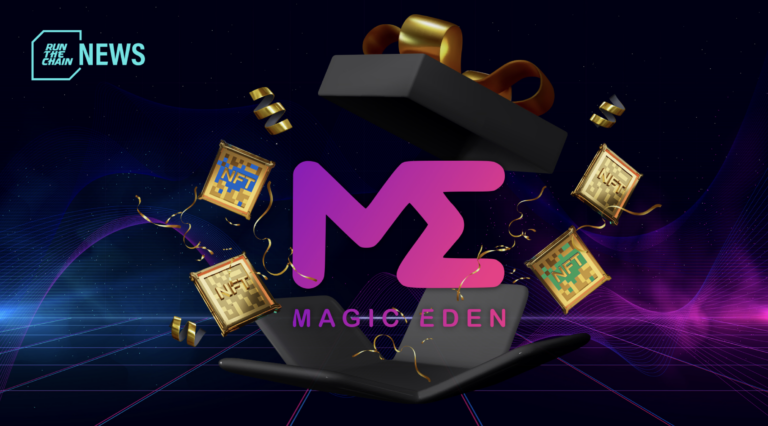 Leading Solana-based NFT marketplace Magic Eden is about to roll out a rewards program that gives frequent traders perks, freebies, and a new fee model.

The largest NFT marketplace by sales volume on Solana has announced a campaign that will reward frequent, loyal users with special benefits – including discounts, and potential free NFTs.

Starting December 15, users will earn points towards the five-tier Magic Eden Rewards program based on how much Solana (SOL) they have spent on the NFT marketplace.

Magic Eden has also announced that it will introduce a “dynamic maker/taker” platform fee model in 2023, where if users trade more, they’ll get more discounts.

Traders that have multiple Solana wallets to trade on the marketplace can also link them to a single Magic Eden account in order to maximize rewards considerations. Information about linked wallets will be kept private, and not disclosed publicly.

As for the rewards, Magic Eden is planning to bring “loot boxes” from NFT projects, NFT giveaways, and discounts.

“As a marketplace, we’ve been trying hard to ship innovation that goes beyond the pure transactional layer,” CEO Jack Lu said in a release. “Magic Eden Rewards gives us ways to celebrate and engage our community in new ways.”

Recently, Magic Eden has been facing tough competition in the Solana NFT marketplace race. As some traders see extra fees as extra expenses, zero-royalty and royalty-optional NFT marketplaces have become more popular, leading Magic Eden to a difficult decision in supporting its creators. Succumbing to pressure after experiencing a massive drop in market share, Magic Eden followed suit – since October, the platform made creator royalty fees optional for traders.

Magic Eden says that the creator royalty fee waiver will remain in place until January 2023, when the “dynamic maker/taker model” launches. The new model will split buyer and seller service fees, instead of having Magic Eden take from just a seller.

Magic Eden says that both makers and takers can earn up to 45% off platform fees – it just boils down to their loyalty tier level. Magic Eden has yet to share further information about its new fee structure.

Back in June, the marketplace was valued $1.6 billion, and had raised a $130 million Series B round. Since its launch in late 2021, Magic Eden has remained the top Solana NFT marketplace and has since expanded to Ethereum. Now, Magic Eden has its sights set on supporting Polygon, an Ethereum scaling solution.