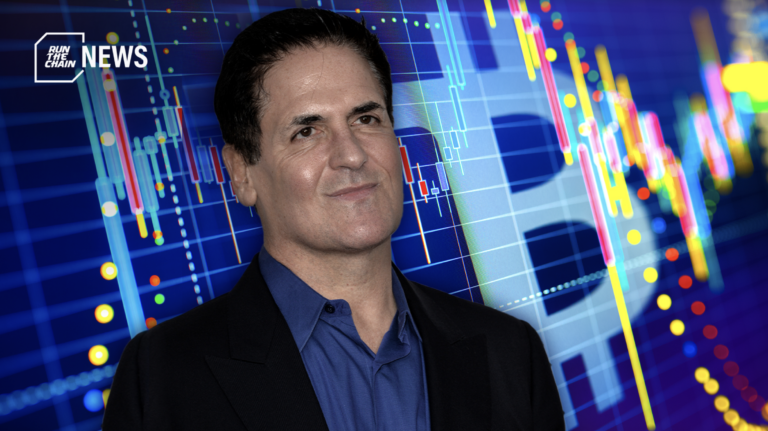 Mark Cuban is bullish on Bitcoin – and wants prices to keep dropping so he can buy more.

The billionaire tech entrepreneur and former “Shark Tank” host is going harder on bitcoin and isn’t entirely confident in gold.

“I want Bitcoin to go down a lot further so I can buy some more,” Cuban said in an appearance on comedian Bill Maher’s “Club Random” podcast.

Mark Cuban is worth $6.25 billion and has supported cryptocurrencies, particularly Bitcoin, Ethereum, and Dogecoin. In the podcast, Cuban said that he believes investing in gold is not worth it and prefers digital assets instead.

Noting that “gold is a store of value, and so is Bitcoin”, Cuban continued, “If everything went to hell in a hand basket. You had a gold bar, you know what would happen? Someone would beat the fuck out of you or kill you and take your gold bar. It’s useless.”

Cuban also reasoned that in the present day, owning gold is just holding a digital transaction – which is why he preferred to invest in Bitcoin.

Bitcoin hasn’t been enjoying quite that great of a year – currently trading at around $17,000 according to CoinGecko – a steep 75% from Bitcoin’s all-time high of $69,044 recorded last year.

However, Bitcoin has been luckier than other investments throughout 2022’s terrible market conditions. As the global market has been taking huge plummets, gold has traded at roughly the identical amounts as last year – from late December 2021’s price of $1,807 to today’s price of $1,800 per ounce.

In the podcast, Maher noted that it isn’t entirely worth buying Bitcoin, as it is an asset not backed by anything. However, Cuban refuted Maher’s point saying that holding shares in “90% of companies out there” was also similarly pointless.

Cuban hasn’t always supported cryptocurrencies. Once a crypto critic, Cuban saw how crypto could be utilized for payments. The NBA’s Dallas Mavericks became the first basketball team to accept Dogecoin for tickets and merchandise under Cuban’s ownership.

Although initially created as a joke, Cuban saw the potential for Dogecoin to be helpful in making payments, just like billionaire Elon Musk.