McDonald’s to accept Bitcoin and Tether in Lugano, Switzerland 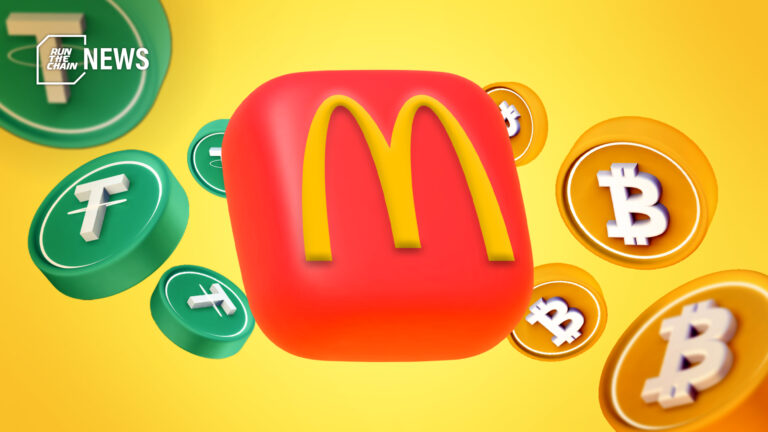 The multinational fast food chain McDonald’s has begun an experiment in using crypto as a payment method for everyday transactions.

The 63,000-populated city of Lugano, Switzerland has recently become a hotspot for crypto adoption in Western Europe, and the global fast food chain is amongst the first retailers to accept Bitcoin (BTC) and Tether (USDT) as a payment method.

A one-minute video posted by @BitcoinMagazine outlines the process of paying for an order via cryptocurrency. Customers are to order via a McDonald’s digital kiosk, and then pay for the order via a smartphone application.

🇨🇭 Paying at McDonald's with #Bitcoin in Lugano, Switzerland. pic.twitter.com/8IdcupEEKQ

In March 2022, the city of Lugano announced that it will start to accept Bitcoin (BTC), Tether (USDT), and the LVGA token – the city’s official payment token – as legal tender.

On March 3 2022, Lugano officials and Tether Operations Limited signed a memorandum of understanding to launch “Plan B” – where Tether has created two funds in order to promote  crypto use in Lugano’s economy. The first pool of funds, worth 100 million Swiss francs ($106 million) will be dedicated to crypto startups. The second fund, worth 3 million Swiss francs ($3 million), will go towards encouraging shops and businesses around Lugano to adopt cryptocurrency.

Lugano residents are also able to pay taxes using crypto, and for other municipal services including parking tickets, public services, and student tuition fees. Ethereum layer 2 scaling  solution Polygon will also serve as an infrastructural partner for stablecoin use in Lugano.

Tether chief technical officer Paolo Ardoino intended for the project to attract talent from the crypto industry to the city of Lugano, and to establish the city as a major blockchain hub in Europe.

“We want to show that these tools, these instruments, these currencies that were created can actually be put to work in a [locally-controlled] vibrant environment like the city of Lugano,” said Ardoino.

Looking up to El Salvador

Ardoino has praised the work of lawmakers in El Salvador in helping cryptocurrencies be used by more people in everyday life.

In September 2021, El Salvador’s Bitcoin Law went into effect – adding Bitcoin to the list of legal tender accepted in the South American country, alongside the US dollar.

Around that time, El Salvador’s President, Nayib Bukele, announced plans to develop and create a “Bitcoin City” amongst a vast audience of potential investors and visitors of a congress for cryptocurrency investors in Santa Maria Mizata, El Salvador.

Poised to become a tech industry hub in South America, President Bukele told the audience that “this is not just a nice idea. It’s the evolution of humankind.”

President Bukele’s Bitcoin City will be a tax haven for the crypto industry – with only 13% value-added tax charged, where 6.5% of the funds collected to bonds for further city development, and the remaining 5.5% going towards public services.

In November 2021, President Bukele had announced the ‘Bitcoin bond’ – also known as the ‘Volcano token’. The bond was a method in which the Bukele Government aimed to fundraise for the construction of Bitcoin City, and to raise one million dollars in return from investors. The Bitcoin bond ended up with $1 billion from investors, with half to develop Bitcoin City’s infrastructure, and the other to purchase more bitcoin.

Recently, Ardoino revealed that the Bitcoin bond will be delayed again until the end of this year. Ardoino added that the current delay in launch is also due to security concerns, as Salvadoran security forces are currently confronting gang violence within the country. Bitfinex was selected as the sole exchange provider for the Bitcoin bond project.

But the area surrounding the coastal volcano today remains untouched as dense jungle.