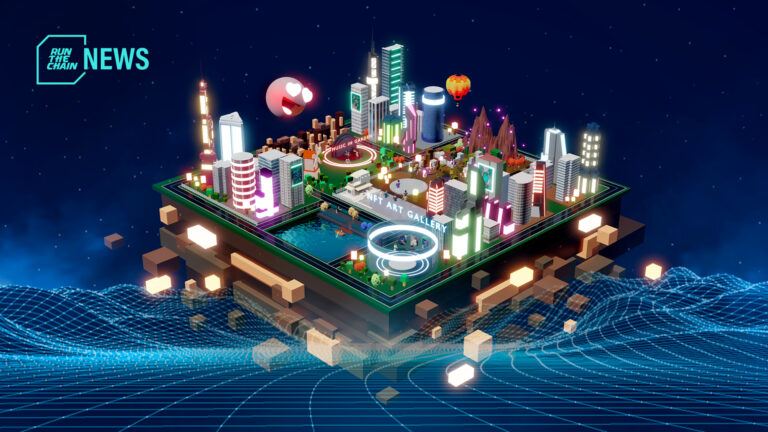 Brian Trunzo, Polygon Studios’ metaverse lead critiqued mainstream media, saying that JPEGs shouldn’t be thought of as the future for Web3 and NFTs, at Chainlink SmartCon 2022.

Although profile pictures and artwork run dominant in sales revenue and volume in the NFT markets, dominating headlines with sales of amounts beyond imagination, Brian Trunzo, metaverse lead at Polygon Studios doesn’t think this is the future for NFTs.

Polygon Studios is at the backbone of the Polygon sidechain – a scaling network for the Ethereum blockchain network. As a vast number of applications and NFTs are being processed on Ethereum, Polygon helps scale the platform to accommodate for widespread use.

At Polygon Studios, Trunzo and his team helps develop new technologies to provide support for the creation of experiences on Web3 – spanning from decentralised applications (dApps), and the use of NFTs from a breadth of creators.

Trunzo believes that those who aren’t so keen on Web3 technology have a limited understanding of it, “because their understanding of it is that which the mainstream media reports to be right-click-save JPEGs, an investable asset class—which is not the future of Web3 and NFTs, in my mind,” he explained.

Trunzo also believes that bringing a new class of NFTs beyond tokenized images can help shift this image.

“If Web2 was measured in engagement, [then] Web3 will be measured in gamification—brand immersion,” Trunzo explains.

An example of this immersion, points out Trunzo, is Starbucks’ latest project: a Web3 NFT-powered rewards program. Trunzo views that the NFTs in Starbucks’ Web3 project are used as a technology layer, rather than just plain assets. Titled Starbucks Odyssey, the coffee giant will use Polygon in giving in-app  achievements in the form of NFT ‘stamps’, and will sell premium NFTs. Customers using Starbucks Odyssey can also earn real-world benefits and experiences from being part of the program.

Unlike a game-like digital 3D metaverse experience such as the Sandbox or Decentraland, Starbucks Odyssey will use a fusion of digital and physical engagement to enhance Starbucks customer experience.

Trunzo also believes that the fusion between Web3 gamification and real-world experiences can see the biggest opportunities within the realm of NFTs, including digital fashion. According to Trunzo, who has co-founded a number of non-metaverse menswear brands, sees that metaverse fashion will satisfy user needs for self expression, but also to virtually ‘flex’ and showcase their sense of style.

What about metaverse gaming?

The realm of NFT gaming has seen a number of scams, speculation, and accusations from players that creators are only making them as a quick cash-grab.

However, Trunzo sees that players will soon embrace the use of NFTs more in games – by having NFTs in the form of progress and unlocked benefits, completely owned and managed by the player. In his view, if these NFTs can also be sold and used across other games and platforms, it would serve a huge advantage to NFT gaming.

Trunzo also views that only certain games can feel the benefits of the blockchain and NFTs, saying “we’re not trying to cram it down people’s throats that you have to incorporate NFTs into your game.” Some games may not even need NFTs or the blockchain, while some can function on Web3.

Metaverse gaming has also acquired quite a bad reputation for having less than desirable graphics. In response, Trunzo highlighted Nintendo’s 2002’s GameCube release The Legend of Zelda: The Wind Waker – famous for its divergent graphic style compared to other games of the time. Using cel-shaded cartoonish aesthetics rather than hyperrealism, Trunzo calls the stylistic choice “gorgeous”, and that it looks timeless.

Trunzo believes that Web3 games can come in all shapes and sizes, and will have a vast enough selection for a breadth of tastes spanning from realism to lo-fi. “I think there will be something for everyone,” he said.

As graphical capabilities is a major hurdle for widespread acceptance and appeal for metaverse gaming, Trunzo says that gaming experiences do not necessarily need to be real-looking in order to be beautiful, and still be timeless.