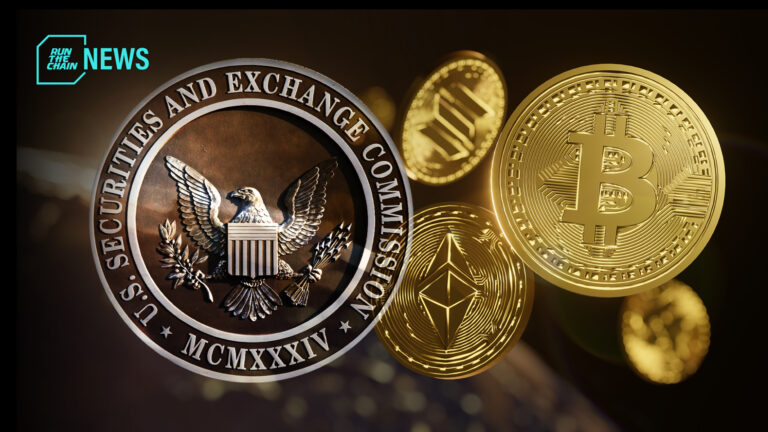 According to the chair of the US Securities and Exchange Commission, crypto is not decentralized but centralized, despite its founding principles.

Gary Gensler, chair of the US Securities and Exchange Commission (SEC), criticized the crypto industry in a speech on Monday, where he sees crypto as centralised – with disproportionate power concentrated by centralised crypto exchanges.

Gensler warned about the dangers of centralisation in traditional financial markets, and then expanded his point on to critique the crypto industry.

“We’ve even seen centralisation in the crypto market, which was founded on the idea of decentralisation,” Gensler said. “This field actually has significant concentration among intermediaries in the middle of the market.”

Gensler notes that he believes that a number of cryptocurrency exchanges function in a problematic manner – where financial intermediaries, while processing a vast amount of transactions, can also disproportionately capture profits and benefit with their own interests in mind.

“There’s a tendency for central intermediaries to benefit from scale, network effects, and access to valuable data,” Gensler said of these self-enriching financial middlemen. He then added that although new technologies can help in creating new forms of economic competition, centralisation will quickly find a way to re-establish itself in any new sector.

Gensler is a noted crypto critic. With his added critique on the rise of centralisation in crypto – which is founded on the principles of being decentralised, Gensler’s comments are made on reflection upon recent actions taken by federal agencies and governments in attempts to regulate crypto.

Governments around the world are scrambling to draft multiple bills to regulate crypto, as they have detected potential threats to safety and security.

Tornado Cash is a decentralised coin mixer which allows users to keep their  transactions private by obfuscating their transaction data – instead of having the information made public. The Treasury made the sanction on claims that Tornado was facilitating money laundering, and was aiding terrorist groups.

The sanctioning of Tornado Cash has made many privacy advocates believe that the US federal government views anonymity and decentralisation – both founding principles of crypto – to be fundamentally unacceptable.

After Tornado Cash, many crypto firms, particularly larger and centralised ones, made steps to immediately comply with the sanctions. However, proudly decentralised organisations had increased their commitments to user privacy and negative attitudes towards US government action to crypto.

Certain firms were supposedly “forced” to comply with the sanctions in order to stay in business.

Jeremy Allaire, CEO of Circle, the issuer of the USDC stablecoin, published a blog post, saying that he felt the government made Circle a less decentralised company against its will. Circle was one of the larger centralised firms that followed the sanction’s rules, without being asked by federal authorities. Circle’s preventative measures post-Tornado included freezing all the USDC existing in OFAC blacklisted wallets.

“[Complying with Tornado Cash sanctions] compromised our belief in the value of open software on the Internet and our belief that the presumption and preservation of privacy should be enshrined as a design principle in the issuance and circulation of dollar digital currencies,” Allaire wrote.

Meanwhile, the Commodities and Futures Trading Commission (CFTC) is undergoing a lawsuit against a decentralised autonomous organisation (DAO), that would see the DAO’s entire membership held responsible for all consequences of DAO-wide votes. If successful, the lawsuit will no longer make DAOs a decentralised alternative to an otherwise centralised project or company structure for developing crypto projects.

The lawsuit against Ooki DAO, was soon met with Web3 VC firm Paradigm lobbying for Ooki DAO, saying that the case could “seriously threaten the viability of DAOs.” Ooki DAO is an anonymous collective that is affiliated with DeFi company bZeroX, and has responsibilities including some aspects of governance in the company.

Through filing an amicus curaie (“friend of the court”), Paradigm, while not affiliated with either bZeroX or Ooki DAO, the company believes that it has particular, relevant insight that the case’s judge should take in consideration.

“The Commodity Futures Trading Commission is pursuing a theory of liability that would ensnare countless unwary technology users and seriously threaten the viability of DAOs in the United States—pushing the development of this promising technology and its attendant benefits overseas,” Paradigm’s attorneys wrote in its filing.

All Posts »
PrevPreviousTrade smarter, not harder: the art of DCA
NextFive reasons why Turkey is a crypto hotspotNext