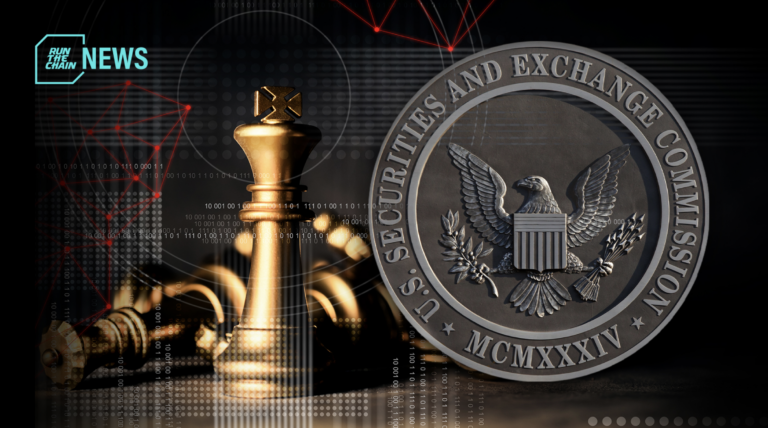 Commissioner Hester Peirce had joined the regulator in 2018 – but says that despite optimism, SEC regulatory measures towards crypto have been at a standstill.

According to US Securities and Exchange Commissioner (US SEC) Hester Pierce, she has been viewing “things differently” in comparison to how her colleagues have been viewing crypto.

By far, that may be quite a generous view. The stance that the US SEC Chair Gary Gensler is rather of a hostile one – viewing the crypto industry as a Wild West that is in dire need of registration and supervision by the banking regulator.

Peirce, one of five commissioners at the US SEC, has long been openly  pro-crypto, as she notes “I’m more pro the ability of people to try things and experiment with things, and I think there’s been a lot of interesting experimentation in the crypto space, and I expect there’ll be a lot more in coming years.”

However, Peirce’s views do not reflect the rest of her cohort, and evidently, the banking regulator itself.

Since starting her role as a US SEC Commissioner in 2018, Peirce notes that seeing “no real movement – positive movement – in that time, is frustrating.” Peirce is currently serving a 5-year term, and will expire in 2025.

Peirce’s interest in crypto had started in 2012 upon hearing about Bitcoin – and has been growing ever since. In an interview, Peirce expressed her optimism about the crypto industry, and showed deep interest in changing how the US SEC approaches new financial products and technologies, including crypto.

“It’s wanting to keep the doors open to innovation, wanting to make sure that the financial industry is not one that’s dominated by a few large firms that keeps everyone else out. Because there are a lot of people with great ideas and I think it’s great that people are challenging the way we’ve done things,” she said.

Lately, crypto has been getting much more public and regulatory scrutiny – which possibly won’t bode well for visions of creating a more inclusive environment for crypto regulation, including Peirce’s.

The start of this week marked an interesting turn of events in the FTX saga. On Monday, authorities from the Bahamas made public announcements on the arrest of former FTX CEO Sam Bankman-Fried. Since then, Bankman-Fried had encountered a slurry of charges against him.

Within the past few days the US Department of Justice (DoJ) imposed charges for conspiracy, wire fraud, and money laundering. The US Commodity Futures Trading Commission (CTFC) is in the midst of planning a lawsuit for commodities law violations.

And to top it all off, the SEC just charged Bankman-Fried for allegedly defrauding equity investors in the company, amongst additional securities law violations and investigations into other FTX personnel.

How can Crypto’s morale recover?

“Although there’s been a lot of emphasis on trading in the last several years, that is not the core of what crypto is. And if it is the core, it’s probably not living up to its potential. And three: it is still early days, so we do have more to see.”

Peirce is amongst the few regulators who have openly expressed that regulatory frameworks for crypto have been born out of reactions from any crypto disaster and bad press. If more regulations were to be created out of gut reaction from authorities, it can create a standstill for crypto development.

And it can be a bigger disaster, according to Peirce, if big legislative pushes and actions were to happen before thorough analysis has been completed – just like right after the 2008 global financial crisis.

The 2008 global recession was a major turning point which gave birth to a number of new regulations that created a new financial landscape for the new decade.

Amongst those include the Dodd-Frank Wall Street Reform and Consumer Protection Act, which created new government agencies: the Consumer Financial Protection Bureau and the Financial Stability Oversight Council. The Volcker Rule, made to prevent speculative investments, was also established as a result.

“I think we should all be on the lookout for regulatory frameworks that are developed in the context of enforcement action, because it’s a very tempting thing for regulators to do that,” she said. “And it just cuts everybody else out of the process.”

Many onlookers, including the US DoJ, have compared FTX’s collapse to the Lehman Brothers, which would be considered the biggest US bankruptcy ever, contributing to the 2008 financial crisis. Before their downfall in 2008, Lehman Brothers Holdings Inc. went from being the US’s fourth-largest investment bank to bankrupt due to being overwhelmed from mortgage-backed securities (MBS), and plummeting stock values due to bad management decisions.

In the case if reactionary regulation does happen, “I urge people: The reach of the securities laws is very broad,” Peirce suggests. “If you have any doubt—even if you don’t have any doubt—it’s good to think about calling a lawyer.”

All Posts »
PrevPreviousOver $3B drained: Is Binance Going Through a Bankrun?
NextBlockFi Anon: “ Up To 80% of Funds Will Be Returned To Customers.”Next