Should Crypto Have Heroes? 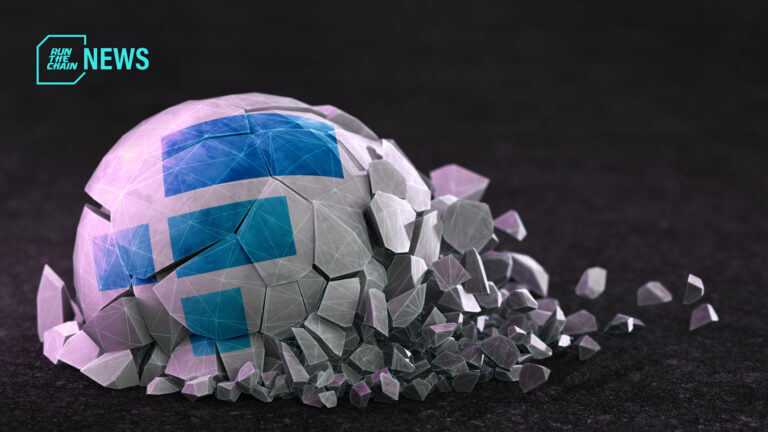 While picking idols, heroes, and role models is natural, we must recognize what to do to avoid unfortunate consequences from admiration. In the case of Sam Bankman-Fried, the crypto community is still grappling whether it’s necessary to hype up someone who seems worth hyping up for.

Sam Bankman-Fried influence over crypto had taken the industry by a chokehold when news of FTX’s collapse broke out.

Before reports of FTX’s inner operations came to light, Bankman-Fried managed to cultivate and promote his identity as a leading figure of the crypto industry. As he painted himself an altruist, Bankman-Fried’s actions underneath the surface was far from aspirational.

With news and recounts from former FTX employees and more showing that FTX was rooted in insider trading, with Bankman-Fried’s leadership being erratic and highly destructive, it’s no wonder as to why we should proceed in picking heroes with much more caution.

To trust or to be trustless?

Most FTX customers believed that investing in FTX will support the development of decentralised finance (DeFi). DeFi runs on the belief that there should be financial tools developed to uplift people from corrupt, centralised authorities, and that no individual should be trusted with handling sensitive information – running on trustless systems.

However, contrary to that, excessive trust was put into FTX, and Bankman-Fried as a leader. Some FTX customers believed that the vision of DeFi was the first step to beginning a revolution in economic freedom.

Others saw the potential of crypto being a driving force in the future, and Bankman-Fried’s quirkiness and ambition quickly became attractive to those wanting to believe.

As Bankman-Fried was put on a pedestal, FTX, while operating as a centralised exchange (CEX) ‘on the road to true DeFi’ – he had the luxury to control its user’s funds.

In other words, crypto fanatics gave Bankman-Fried permission to access his customer base’s funds – leaving much room for corruption to happen. After FTX’s meltdown, a bankruptcy filing from FTX’s new CEO, John J. Ray III notes that there were “unprecedented” accounting and business practices at FTX, with a complete “failure of corporate controls.”

The filing also reveals that FTX had “absence of trustworthy financial information,” “compromised systems integrity,” and the “concentration of control in the hands of a very small group of inexperienced, unsophisticated and potentially compromised individuals.”

As you may have noticed already, there’s an oxymoron. How did so many in the crypto community, including proponents of DeFi, fall for the one thing crypto is trying to resist?

As the crypto sector is looking for better ways to incorporate decentralised systems, some are  looking to take community governance further in hopes to protect its members from conmen (and conwomen) in crypto.

But what are the signs that we should look for to stay on-guard when the next crypto cult of personality arrives? And what should we do when these signs come?

It’s natural to look for someone wise, or someone who can be a leader in times of crisis – and crypto is no exception to this trail of thought.

If we look at crypto history, Bitcoin fanatics since its early days have heralded the pseudonymous Satoshi Nakamoto as a single, brilliant man who had a grand vision for the future of money, privacy, and security.

According to fans, Satoshi Nakamoto selflessly dropped the code for Bitcoin to avoid fame, and called these actions admirable.

A cult of personality was born, with various tributes out there to Satoshi, including songs, poems, artwork, and fan-published collections of his writings (in the form of IRC posts).

However, it’s no use to deny that crypto (and the entire world by extension) has idols. It’s also not a bad thing to place your faith into someone you feel like you can depend on.

But it’s another question if you were to place admiration for anybody as the main reason for why you’re a believer in a cause. It’s silly to say that you’re into Bitcoin, just because Satoshi Nakamoto is a “selfless, good, and cool guy”.

It’s great to be confident in what changes crypto can bring. In fact, it’s what drives the industry forward!

However, knowing your own limits, and keeping a reality check should also be in the spotlight with your confidence.

Using an analogy from security experts, a false sense of security is a contributing factor to creating an ideal environment for any intruder. In these instances, systems that have gained popularity due to its ‘invulnerability’ are most vulnerable to attacks.

The same can also be said for corruption – just like in FTX’s case.

Many FTX customers went in using the platform with the goal to make investments, believing that their tokens bought on the exchange were from a decentralised blockchain.

However, users didn’t realise that what they were using was a little too closely associated with a centralised entity, acting as an intermediary.

As a bit too much trust was put into FTX in comparison to what information users had to give on to the platform, such damage from FTX became much more shocking.

Preventing the next meltdown

The easiest method of preventing a large-scale crypto meltdown is of course, through regulation.

Many attribute the huge waves that FTX’s damage caused due to the lack of regulation, and it’s worth noting that FTX didn’t follow a traditional method of management – for better, or for worse.

As someone makes deposits with an under-regulated cryptocurrency exchange (like FTX), they’re actually just giving funds to an unsecured creditor.

In this case, if the exchange uses their user’s deposited funds to invest in outside, or third-party projects and suddenly finds out assets value change for the worst, they wouldn’t have much help from banks, or from a federal deposit insurance  – leaving them vulnerable to insolvency.

With this in mind, it’s up to users to recognise that depositing assets into an under-regulated crypto exchange can be quite risky.

Especially in the case of CEXs like FTX where leaders have used customer funds to finance their own activities in the FTX ecosystem, users were under the assumption that their money was safe and secure  – but in reality it wasn’t.

While governments around the world are eager to develop policy, with some opting to turn to further law enforcement measures, another answer to explore before taking the matter to federal hands – perhaps lies in creating better ecosystem governance practices.

If we can figure out the best ways to regulate any crypto ecosystem – from market-makers, dApps, crypto exchanges, wallets, custodians, marketplaces, and more  – we can prevent such events such as FTX’s and SBF’s meltdown from impacting the crypto industry at large at such a massive scale.

All Posts »
PrevPreviousCan DeFi save us from a liquidity crisis?
NextUsers Fall Victim to SBF DeepfakeNext