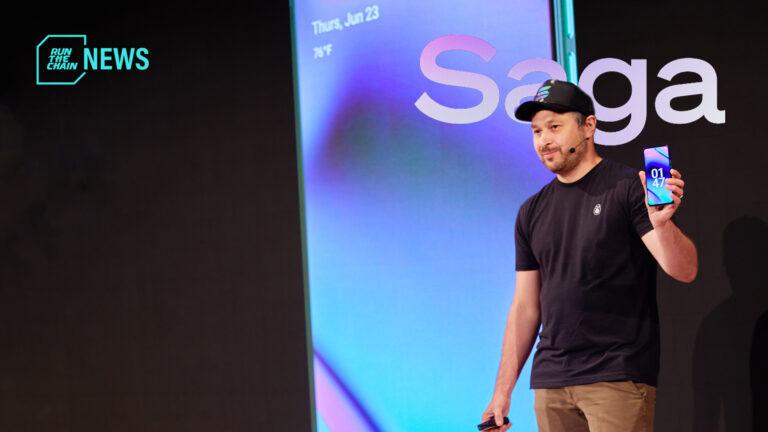 Anatoly Yakovenko, the CEO of Solana Labs, has announced the launch of “Solana Mobile Stack (SMS),” a software development kit (SDK) for Web3, as well as the launch of its new crypto mobile phone, the “Saga.” Yakovenko says that Solana’s new smartphone Saga will cost about $1,000 and will launch at the beginning of next year.

A Crypto Phone with a Focus on Web3

The upcoming device is a modified OSOM phone focusing on crypto wallet functionality and the “Solana Mobile Stack (SMS)” software development kit for Web3 apps. The smartphone will have a Web3 decentralised app store (dApps), a mobile wallet called “Solana Pay” that lets you pay with QR codes and a “seed vault” that keeps the phone’s private keys safe.

Raj Gokal, one of the co-founders of Solana, said that with these tools, “developers can now bring the power of Solana to the computers in our pockets.”

“Solana can revolutionize so much of what we do everyday, but we need to open the possibilities for decentralized apps on our mobile devices in order for this potential to be realized,” Raj said.

The phone features top-of-the-line specs, including a Snapdragon 8+ Gen 1 processor, a 6.67-inch OLED screen, 12GB of RAM, and 512GB of storage.

The SDK comes with a Mobile Wallet adapter, a protocol for connecting web apps and native Android apps to mobile wallets. The company says this feature is meant to work on all mobile devices, not just those using Android OS.

The Seed Vault feature provides native security built into the phone. It keeps private keys and seed phrases separate from the application layer, but you can still use apps or a mobile browser.

Solana Labs says that the Solana Mobile Stack will also let users mint (create and release) Non-Fungible Tokens (NFTs) from their phones. They will also be able to play games built on Solana, make mobile transactions on the network, as well as get easier access to DeFi applications and other decentralised apps (dApps) and protocols in the Solana ecosystem.

Solana’s Crypto Phone Could Succeed Where Others Failed

This is not the first time a crypto firm has attempted to launch a Web3-enabled smartphone. Sirin Labs tried to establish a blockchain-native phone in 2018, but the product was not successfully deployed into the market.

When asked about the failures of past attempts to bring crypto-friendly phones to market, Yakovenko, a former Qualcomm engineer, said that the Solana phone had a better chance of success because there are more blockchain and crypto developers now than there were in 2018.

You can pre-order the “Saga” crypto mobile phone here.