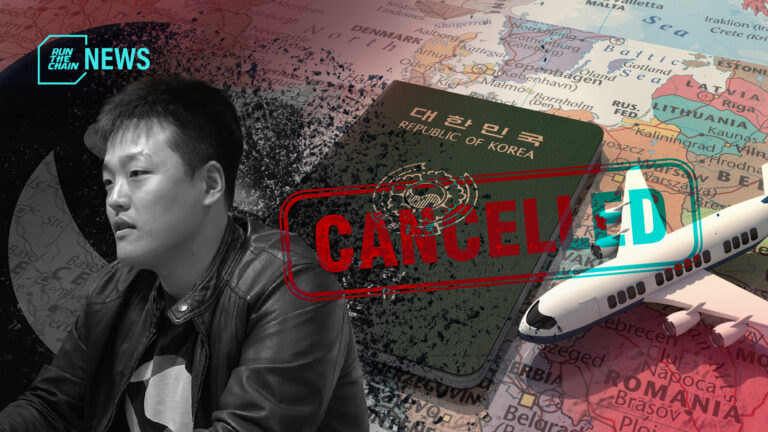 A notice on a South Korean government website posted a public notice on its website, announcing that Do Kwon has 14 days to return his passport.

The South Korean Ministry of Foreign Affairs, in a public notice made Wednesday on its website, announced that it would invalidate Terraform Labs CEO Do Kwon’s passport. The announcement was made as a follow-up to an option that the government had been considering since last month.

The government posted the notice on a public channel, due to an “inability to deliver” the passport return order. A PDF document from the notice details that Kwon may be rejected if he attempts to apply for reissuing his passport.

“Our Department would like to send a ‘Notice of Order for Return of Passport’ to you by registered mail,” the notice said. “… we inform you that the validity of your passports will be invalidated and administratively invalidated.”

The announcement came shortly after local media outlets were informed by South Korean prosecutors that law enforcement had ordered the freezing of nearly $40 million worth of crypto assets, reportedly tied to Kwon.

However, Kwon later denied the media report, tweeting that the frozen assets were not his.

I don't get the motivation behind spreading this falsehood – muscle flexing? But to what end?

Once again, I don't even use Kucoin and OkEx, have no time to trade, no funds have been frozen.

I don't know whose funds they've frozen, but good for them, hope they use it for good 🙏 https://t.co/gSucKfqsxj

Following that, Kwon had added on to his routine of debunking statements broadcasted by Korean officials. Kwon states that he could not find an Interpol “Red Notice” on the intergovernmental police agency’s public website, after South Korean officials told media outlets that one had been issued.

Kwon was one of the main crafters of the Terra ecosystem, which collapsed this May, resulting in a major crypto market collapse. Roughly $20 billion was lost within days after the May collapse.

Kwon is also under an outstanding arrest warrant from South Korea, with reports of being sighted in Singapore – however Singaporean officials were unable to locate him.

Kwon’s Terraform Labs previously said in a statement that the arrest warrant was beyond the scope of prosecutor authority, and had called the investigation “highly politicised”, while violating basic rights.