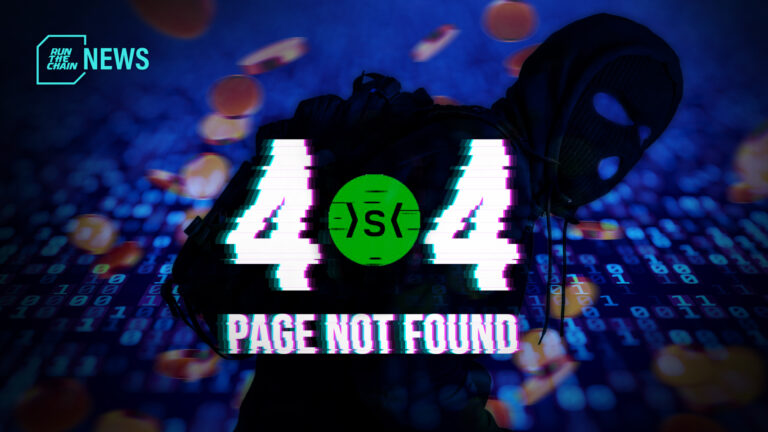 Automated-market maker (AMM) platform and NFT marketplace SudoRare has suddenly shut down and deleted its platform and services, including social media accounts, disappearing with 519 ETH, worth roughly $815,000.

Automated market makers are financial tools for decentralised finance (DeFi) that allow for digital assets to be traded automatically through the use of liquidity pools. Instead of traditional markets where buyers and sellers offer varying prices for an asset, AMM prices are determined by mathematical formulas reliant on a constant balance of assets within a given liquidity pool.

SudoRare uses an AMM protocol for ERC-721 to ERC-20 swaps: allowing non-fungible tokens (NFTs) to be swapped to a fungible token. ERC-721 tokens represent collections of assets and are primarily used for NFTs, whereas ERC-20 tokens are interchangeable, where they can be used as exchangeable currency.

Suspicion regarding the SudoRare project had already been buzzing throughout the Twitter crypto-sphere. Twitter user and airdrop strategist @2shabby had quote-retweeted their own post announcing a SudoRare airdrop, revising that “the possibility of [SudoRare] being a scam is high.”

DON'T PARTICIPATE UNLESS YOU WANT TO TAKE THE RISK OF LOSING YOUR MONEY. THIS TEAM IS ANON, WON'T DOXX AND THE POSSIBILITY OF THIS BEING A SCAM IS HIGH.

Everything I share must be checked by yourself. I'm not giving financial advice or tell you to jump in. https://t.co/snrQnK6cYQ

As of writing, the SudoRare team remains anonymous and would not disclose their identities or their past projects.

Reports of the rugpull were first noticed by Twitter user @sungjae_han, where they have noted almost 1 million LOOKS tokens were swapped to Ethereum and USD Coin (USDC), with reports confirmed on Etherscan.

Shortly after blockchain investigator Peckshield posted that 519 ETH ($815,000, at the time of writing) was moved off the platform, SudoRare had sent the funds to three different wallet addresses, and subsequently went offline, removing all evidence of the project itself.

Peckshield has noted that the stolen funds were equally distributed throughout the three wallet addresses, each receiving 173 ETH. Investigations are still underway, as of writing.

(Always) Do Your Own Research

Rugpulls are a type of scam in which developers suddenly leave a crypto project stranded, running off with money pooled in from hopeful investors. Rugpulls are often seen on NFT trading platforms and networks such as Ethereum and Solana, but can also exist as other tools to make life on the blockchain easier.

The SudoRare rugpull is a reminder to DYOR – or “do your own research” into new crypto projects and initiatives, especially those that promise returns that are too good to be true.

Rugpulls are unfortunately an inevitable part of the crypto sphere, a fast-growing, but still burgeoning industry where those hoping to strike it big quickly can be put in vulnerable positions if not enough time is spent on research.

As the crypto industry tends to favour anonymity, where most users opt to go by pseudonyms, there are ways for everyone, including platforms, investors, and developers to stay safe from being bamboozled.

Shortly after Solana Marketplace Magic Eden suffered two high-profile rugpulls, the platform implemented a stringent “know your customer”, or KYC check for creators to verify themselves and identity to prevent future scams on the platform this past February. But a simple KYC check is just the first step towards making a platform more safe –despite going against crypto’s roots in being focused on privacy.

“We think we’ve made everything much more stringent, but at the end of the day, we can never guarantee against rugs as a platform,” Magic Eden’s Tiffany Huang said in February.

She added: “So people should always be doing their own research.”

This sucks. Do your own research and hold teams to high security and transparency standards. https://t.co/2Soa8NB8sP

However, trust can be also broken from within a crypto project. Earlier this month, DeFi platform Velodrome Finance found that one of its team members had stolen $350,000 worth of funds from the platform’s treasury multisig wallet.

The team member, going by the pseudonym Gabagool, has since returned the lost funds out of guilt. Prior to the theft, Gabagool had gained trust within Crypto Twitter, being a beacon of technical knowledge for events happening within the crypto sphere.

The crypto industry continues to produce new and promising tools and projects that will make life on the internet and blockchain more fun, efficient, and accessible, but at the same time, more ways to promote safety on all blockchain platforms still have to be explored.