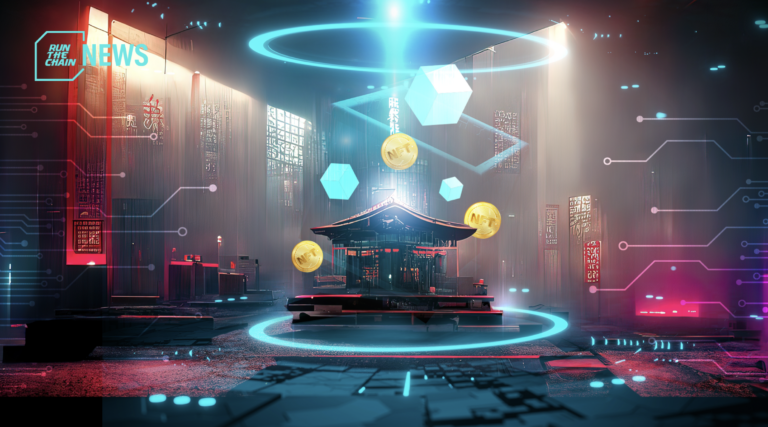 A Taiwan temple has brought on NFTs to give worshippers chances for pilgrimages and more.

The image of the popular Chinese sea goddess Mazu is entering the blockchain.

Mazu, a deity known to protect seafarers, is well-worshipped in Chinese communities around the world, especially Taiwan. Each spring, the Dajia Jenn Lann Temple in Taichung city organises a 300-kilometre nine-day pilgrimage with the goddess at the centre of the event, with hundreds and thousands of followers participating.

Over the years, the “Mazu economy” has sprung up, referring to the amount of donations, Mazu-themed merchandise, and opportunities surrounding believers of the deity – and one temple in Taiwan is tapping into bringing Mazu to the blockchain.

Dajia Jenn Lann Temple, established roughly in the Qing Dynasty in the 1700s has decided to mint and sell NFTs of Mazu that are priority passes for the yearly pilgrimage dedicated to the sea goddess.

The temple’s e-commerce platform MazuBuyBuy has been offering MazuDAO NFTs since August, where users can purchase one for NT$18,880 (US$615) in exchange for Mazu pilgrimage perks. As of writing, the temple has sold more than 2,800 NFTs.

“According to estimates the nine-day pilgrimage can generate more than NT$5 billion (US$163 million) in spending. On the day when Mazu returned to the home temple, we saw about 500,000 people joining the pilgrimage,” says Mingkun Cheng, vice chairman of the board of the Dajia Jenn Lann Temple.

According to Cheng, younger people are more likely to join the pilgrimage as MazuDAO NFTs appeal to them. The temple, according to Cheng, has also authorised several online retailers to use the Mazu intellectual property for making merchandise food sale on MazuBuyBuy.

Mao-Hsien Lin, an associate professor of National Taichung University of Education’s Taiwanese languages and literature department, says that many older followers aren’t so keen on the NFT aspect of religion.

“They prefer the physical touch and the direct contact with the statue of the deities,” Lin noted. While traditional cultural institutions are incorporating new technologies, Lin highlights that elder believers aren’t quite sure that deities would also be online to hear their prayers.

Lin also says that the pilgrimage priority pass isn’t that appealing for traditional believers, saying “typically when we pray, the distance between you and the statue doesn’t really matter. It’s not like you’d get special treatment if you’re closer,” he added. “It’s becoming a bit too commercialised.”

Jerry Yan, MazuDAO’s project lead, alongside the MazuDAO project team organised offline marketing campaigns to introduce elder followers to the NFTs. “We had to set up promotional booths in front of the temple to introduce MazuDAO NFTs to those Web0 believers,” recounts Yan, adding that the temple needed to assemble a landline customer service team to cover their base of elder believers.

“Often on the phone, we’d ask them to call for their grandchildren to help out and set up crypto wallets on their behalf.”

Lin, also a researcher of Mazu, points out that over time, the sea goddess has become a highly-commercialised intellectual property in Taiwan, with her image being adorned on themed merchandise across retail stores.

“Again, I think a large part of the essence of religion lies in offering that mental comfort for believers. It’s not necessarily a good thing if it gets too commercialised,” Lin said. “If we see the deity as a business generator, it would lose a sense of divinity.”

However, Cheng, vice chairman of the Dajia Jenn Lann Temple says that the annual pilgrimages have gained increasing popularity with younger people, with many posting videos and content about the festivities and events surrounding Mazu on large social media platforms like Instagram and Youtube, further bringing more fundraising efforts for the temple.