Tesla Reveals it has Sold 75% of held Bitcoin 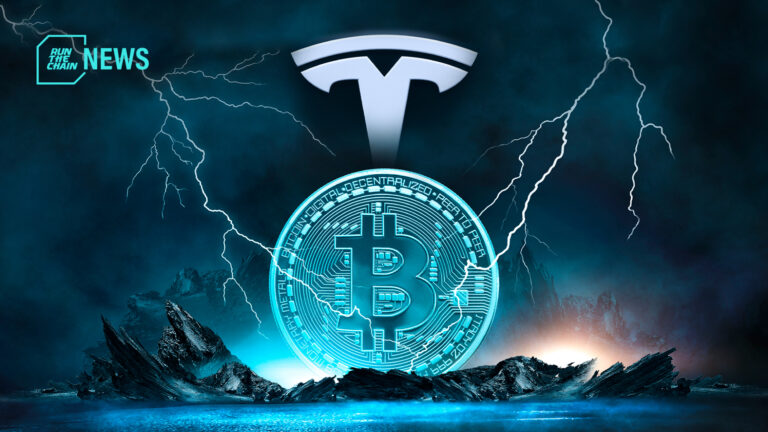 Electric vehicle manufacturer Tesla revealed that it had sold 75% of its Bitcoin (BTC) holdings in Q2, adding $936 million in fiat currency to the company. The announcement was confirmed as Tesla’s Q2 earnings data has been published.

“As of the end of Q2, we have converted approximately 75% of our Bitcoin purchases into fiat currency,” Tesla noted in its quarterly business report.

In January, the company acquired $1.5 billion of BTC, making it one of the largest corporations to hold Bitcoin. Previously, Tesla had plans to accept BTC payments, but have since been abandoned upon concerns on environmental implications.

Tesla’s net Bitcoin holdings were considerably stable for three consecutive quarters, as revealed by the financial statements – the company currently has $218 million in digital asset exposure.

This drop, however, is mild compared to other crypto losses from the past few months. Polygon, a popular Ethereum layer-two scaling platform immediately saw a 11.5% decrease in value after experiencing a 87% value increase.

So, not only forced selling from 3AC, $LUNA & $UST, but also Voyager, BlockFi and Celsius have been causing the markets to crash.

On top of that, Tesla did sell 75% of their #Bitcoin purchases towards cash.

That's what caused the crash.

Conversations on Twitter have noted that Tesla’s decision to sell its assets in Bitcoin is a common strategy for companies to improve cash flow in the midst of economic slowdowns, including bear markets.

“The reason we sold a bunch of our Bitcoin holdings was that we were uncertain as to when the Covid lockdowns in China would alleviate. So it was important for us to maximise our cash position,” notes Tesla CEO Elon Musk.

Musk has additionally stated that the decision “should not be taken as a verdict on Bitcoin,” and was made according to liquidity concerns due to continual COVID-19 lockdowns in China. Musk also has stated that Tesla is “certainly open” to increase their Bitcoin holdings in the future.

Entities with 0.1-1 BTC are accumulating like never seen before

After Tesla’s announcement, numerous activity was spotted in BTC transactions from suspected ‘whales’ – or investors who are holding a disproportionate value of cryptocurrency have been noticed by crypto commentators on Twitter. Whales can easily influence buying and selling prices of crypto tokens, and can dramatically impact the market.

BitInfoCharts shows that the previous BTC third-richest address(1P5ZEDWTKTFGxQjZphgWPQUpe554WKDfHQ), transferred the remaining 29,235.28 BTC to Coinbase today. This address has no BTC holdings. In the past 3d, it transferred 132,881.88 BTC to Coinbase. https://t.co/BLLyUrXwC5

This past week has been marked with bullish price action, with bigger currencies on the playing field alongside smaller altcoins being affected by current market conditions. Arweave (AR) saw a 10.84% decrease in token price, while Filecoin (FIL) fell 10.2%.

Bitcoiners however are looking optimistically to the situation, suggesting that investors should purchase BTC while prices are low in these periods.

Disclaimer: This article does not in any way represent or provide any financial advice, or intention to do so.