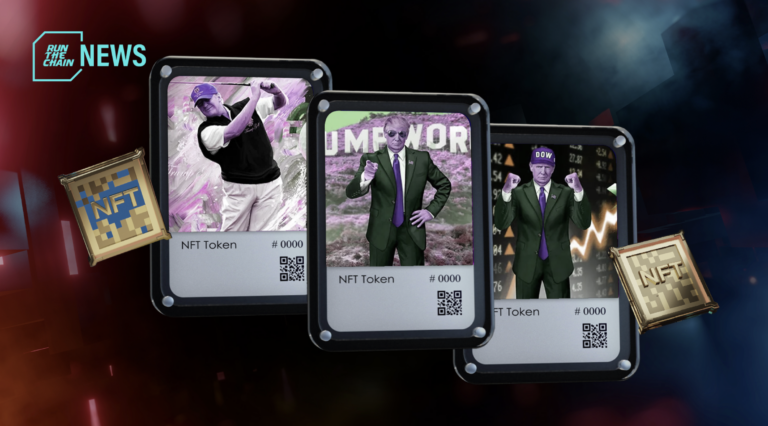 While former US President Donald Trump had hyped up a “major announcement” over Twitter for a while, instead of a 2024 presidential campaign, Trump cooked up a bunch of trading cards to sell. And they already have “sold out!”

Selling for $99 apiece, any of the 45,000 Donald Trump NFT “trading cards” features images of what Trump describes as “amazing ART of my Life & Career!” The trading cards are decorated with images of Trump in a variety of kitschy costumes: from superhero suits, cowboy regalia, and astronaut suits. Some NFTs are unique, and some exist with multiple copies.

Trump describes the cards as a “great Christmas gift”, which enters buyers into a raffle for a number of prizes for those Trump-savvy – including a dinner with Trump, a Zoom call with Trump, autographed merchandise and memorabilia, and “so much more.”

Behind the scenes of Trump’s NFT collection is a crypto company called NFT INT LLC, which had paid Donald Trump for the use of his name for branding.

“These Digital Trading Cards are not political and have nothing to do with any political campaign. NFT INT LLC is not owned, managed or controlled by Donald J. Trump, The Trump Organization, CIC Digital LLC or any of their respective principals or affiliates. NFT INT LLC uses Donald J. Trump’s name, likeness and image under paid licence from CIC Digital LLC, which licence may be terminated or revoked according to its terms,” writes NFT INT LLC, on the Trump NFT collection’s website.

Things get even more strange upon further observation.

A Trump Trading Card NFT purchase is “non-refundable” and “non-returnable”. Even the most fervent of MAGA Republicans are not convinced in buying an NFT in order for a chance to wine and dine with the former US President.

Although the Trump NFTs have reached $1.17 million in trading volume within the first 24 hours, buyers have started coming out with strange checkout experiences: including NFTs being sent to a newly-created wallet just for the occasion, rather than a buyer’s primary wallet.

Eric Wall, a crypto analyst, notes that in order to access the Trump NFT wallet, he had to download a .txt file that contained the correct key from the depths of some Web3 software development kit browser extension.

Yeah they minted them all to the wrong addresses lol

Wall also noticed some “terms and conditions” and clarifications that can be considered quite scammy.

Having “won” an opportunity for a 20-minute Zoom call” is also subject to further nuances, detailed in a footnote: “Subject to validation and eligibility verification; screenshots are not proof of winning.”

Internet sleuths have noted that NFT INT LLC’s creations have stolen artwork and merchandising photos from the internet to craft these trading cards. Upon further investigation, NFT INT LLC is operating out of a UPS store in a Utah, while its company LLC registration lies elsewhere (by the way, the Utah UPS store is a shell address for at least 20 businesses in Florida).

While two NFT INT LLCs exist in the United States, they exist in California and Delaware – not Utah. The California LLC’s CEO has stated that they’re not affiliated with this project.

Not to mention, users have noticed that the NFT collection’s launch address had pre-minted a good amount of the rarest NFT’s in the collection – which is quite a self-serving move.

Users also note that Trump previously held an anti-crypto stance. In 2019, Trump tweeted “I am not a fan of Bitcoin and other Cryptocurrencies, which are not money,” and more recently in 2021, he called Bitcoin “a scam… competing against the dollar.”