US Investigators Bring Hedge Funds to Court in Binance Probe 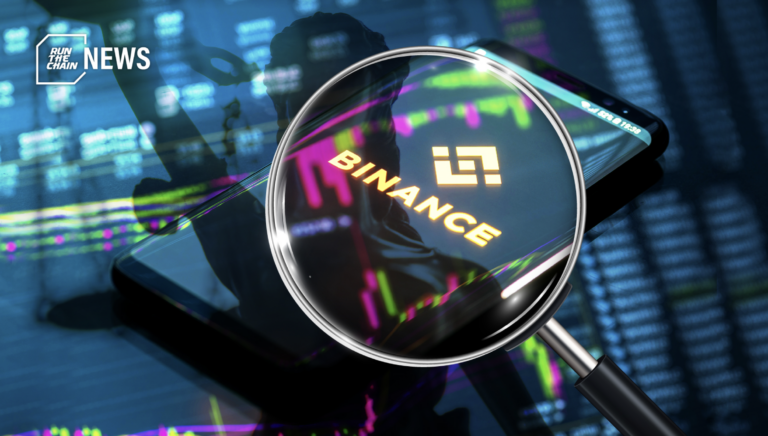 As the crypto industry is wrapped in uncertainty, a federal probe into Binance starts.

US authorities are investigating the relationship between US-based hedge funds and Binance to examine possible money laundering violations.

The US attorney’s office for the Western District of Washington in Seattle had sent out subpoenas within the past few months, and directed certain investment firms to report their communications with Binance.

According to legal experts the subpoenas do not necessarily mean that authorities would bring charges against Binance. Prosecutors are reportedly discussing a possible settlement with Binance, and are weighing whether there is evidence sufficient to bring an indictment against the world’s largest crypto exchange by daily trading volume.

The subpoenas have come at a time when Binance is facing large media and regulatory scrutiny over its business practices and public financial records. After FTX’s rupture in late 2022, even more scrutiny tipped Binance and the crypto industry as a whole.

Is everything all connected?

US authorities have surmised that FTX’s downfall was a scheme years in the making in order to defraud investors, creating concerns and uncertainty about crypto as a largely unregulated industry – and the spotlight is shifting over to Binance.

However, Binance founder and CEO Changpeng Zhao is ambivalent about criticism of FTX – characterising himself as a champion of stricter industry oversight. “Regulators rightfully will scrutinise this industry much, much harder, which is probably a good thing,” Zhao said at a conference in Indonesia in November.

Zhao was an early FTX backer – and his decision to sell a large portion of FTX’s tokens brought upon panic, resulting in a bank run that led to FTX’s demise.

Over the years, Binance had gained a reputation amongst legal forces for skirting regulations in order to maintain operations around the globe.

Before, Binance did not require identification in order to use the platform’s trading services, raising concerns over Binance’s potential role in money laundering. According to John Ghose, a former US Justice Department prosecutor who specialised in cryptocurrency cases before leaving to join the private sector in 2021, Binance made it easy for people to launder money from less-respectable sources.

Ghose adds that during his time as prosecutor, “Binance did not have a reputation of being a responsible exchange.”

As of now, Binance chief strategy officer Patrick Hillmann said the crypto company  is talking to “virtually every regulator across the globe on a daily basis,” but declined to comment on any ongoing US investigations.

Hillmann also acknowledged that Binance did not quite have that clean of a record in regulatory compliance, especially during Binance’s era of rapid expansion. However, Hillmann says that Binance has recently heavily invested in compliance programs, working closely with law enforcement, and even developing new measures and technology to catch fraudulent and suspicious activity on the marketplace.

“Over the last two years, the company has completely changed its posture,” Hillmann said. “Now that we have those resources, we are easily one of the most proactive parties to identify, freeze and get back funds” that were laundered, he said, adding that he believes overall cases of criminal activity in crypto are declining.

Meanwhile, Zhao “is trying to do the right thing” by meeting with government regulators, advocating for more crypto regulation, and is offering to bail out struggling crypto businesses in a move to become more trustworthy to the public.

However, uncertainty still looms over Zhao’s efforts – last month, over $3 billion of net withdrawals were drawn from Binance, even more than what happened in June 2022’s crypto panic, according to crypto analytics firm Nansen.

“People are getting scared,” said Carol Alexander, a crypto expert and finance professor at the University of Sussex. “The whales,” or professional traders, “are starting to move out of Binance as regulatory pressure mounts,” she pointed out.

The biggest challenge as of yet to US prosecutors is to determine whether Binance is even subject to American regulatory laws.

Binance was founded by Zhao in China – but had moved the company to Japan, and then to Malta. Claiming that Binance has no singular headquarters since 2022, Binance’s subsidiaries are operated under Binance Holding Ltd., a shell company based in the Cayman Islands.

Binance’s international outreach is much more than that – with Zhao’s connections to dozens of businesses in locations including the British Virgin Islands, Ireland, Liechtenstein, Singapore, and Seychelles.

However, Binance.US – an American crypto exchange owned by Zhao, offers a limited menu of trading and investment options to US residents, and says that it operates independently from Binance’s main operations, and abides to all local laws relevant.

As Binance.com does not operate in the United States, the company does not believe it needs to register with the Treasury Department, Hillmann said. As for certain Americans who claim that they can access Binance’s mainline array of services, Hillmann says “there is no ability for any user today in the U.S. to be able to access Binance.com” without committing fraud.

Last year, three co-founders of BitMEX pleaded guilty in not being able to verify their customer’s identities. In its indictment, BitMEX, an offshore crypto exchange, had many American investors using its services, despite claiming itself as a Seychelles-based crypto exchange with no American users.

As a result, BitMEX agreed to pay up to $100 million in settlement charges, with its co-founders paying $10 million each in fines. After the charges were filed, ex-BitMEX-chief-executive Arthur Hayes stepped down from his position, and then was sentenced to six months of house arrest and two years of probation.

There is still much to examine in Binance’s case, and it is uncertain where the Binance investigation will go.