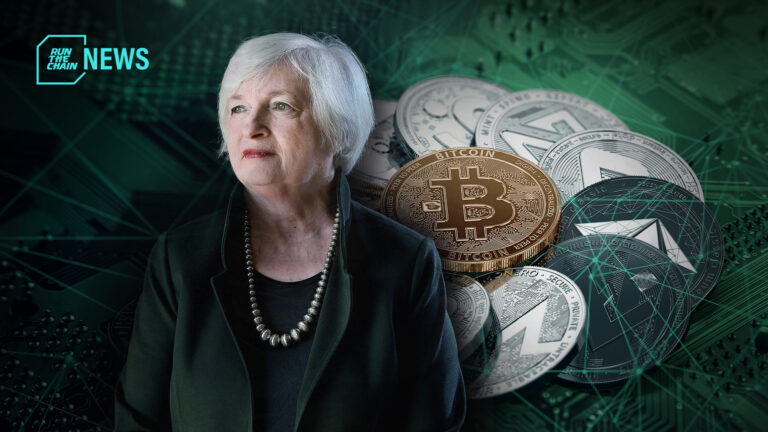 The US Treasury Secretary released a statement post-FTX that echoes previous concerns regarding the crypto industry, which can eventually “raise broader financial stability concerns.”

Treasury Secretary Janet Yellen has a history in calling for further attention for the US government to further crypto regulation efforts – and is using the spotlight on FTX to demonstrate “the need for more effective oversight of cryptocurrency markets.”

In a statement released Wednesday, Yellen cited an October US Government Report under President Joe Biden’s September executive order on digital assets to identify risk factors that led to the collapse of the FTX empire, and bankruptcy of the platform.

Yellen maintains that if the 124-page government report on crypto had turned into actual policy, then FTX’s downfall could have been prevented.

“Some of the risks we identified in these reports, including comingling of customer assets, lack of transparency, and conflicts of interest, were at the centre of the crypto market stresses observed over the past week,” wrote Yellen.

The Treasury Secretary then called for the federal government and US congress to “move quickly to fill the regulatory gaps the Biden Administration has identified.”

The US does not yet have a comprehensive framework that will have crypto looked after one regulatory force. Instead, multiple regulators are separately working on their own guidelines.

Financial regulators like the Securities and Exchange Commission (SEC) and the Commodities Futures Trading Commission (CFTC) have been stagnant with clarifying their policies for the regulation of crypto exchanges and companies operating within the US.

However, these very forces are quick to turn to law enforcement, further alienating certain crypto firms from conducting business on US territory.

Federal lawmakers on the other hand are taking their time with going through legislation that can clarify what conditions should be met for crypto regulation, with no bill yet voted on.

I have long been a believer in transparency and open discussion of the future of cryptolaw.

Accordingly, I have obtained a copy of a draft of the notorious DCCPA circulating secretly in D.C. and am hereby making it available to the public. https://t.co/JdyomquQi6

While institutional forces have been quick to apply new laws to punish crypto businesses, crypto exchange FTX and trading firm Alameda Research’s downfall has spurred Capitol Hill to shift gears – demanding for urgency in having a regulatory entity look after crypto operations.

In her statement, Yellen also called for federal regulators to step up their game, criticising them for not using existing laws to soften the blow from FTX.

“We have very strong investor and consumer protection laws for most of our financial products and markets that are designed to address these risks,” said Yellen.

“Where existing regulations apply, they must be enforced rigorously so that the same protections and principles apply to crypto assets and services.”

Yellen has repeatedly warned that failing to effectively regulate crypto – by leveraging current laws, or creating new ones – would result in devastating and widespread consequences.

Previously, Yellen has referenced Terra as evidence to call for more crypto regulation. Yellen has cited UST as an example that “illustrates that this is a rapidly growing product and there are rapidly growing risks,” and that “digital assets may present risks to the financial system and increased and coordinated regulatory attention is necessary.”

Before FTX’s meltdown, reports have shown that Alameda Research, FTX’s venture capital sister company, had a balance sheet of $14 billion – but with more than half being under FTT –  FTX’s native utility token.

Now-former FTX CEO Sam Bankman-Fried, also founder of both FTX and Alameda, had repeatedly stated that the companies were running as separate entities.

After the reveal, rival exchange Binance announced that it would be liquidating its FTT position,  worth $580 million at the time. This triggered a bank run on FTX, putting billions of dollars on the line.

FTX then stopped processing withdrawals 48 hours after Binance’s announcement as it did not have enough funds to fulfil the withdrawals.

Although Binance reached out to help out FTX, Binance pulled out of the deal, citing that it was beyond help – with balance sheets and organisational structures not appearing as they seem. Last Friday, FTX filed for bankruptcy.

SBF's father was an expert in tax shelters and a professor at @StanfordLaw. On an entirely unrelated note, this is the FTX corporate structure: pic.twitter.com/JGlBzwToSf